Even by Appalling Standards of US Politics, Biden Stands Out in Shameless Pursuit of Jewish and Israeli Funds

ON SEPTEMBER 5, Democratic donor and American Jewish Congress president Jack Rosen held a fundraiser for Joe Biden at his Manhattan home. Rosen is known for being an adamant supporter of Israel and a critic of the 2015 Iran Nuclear Deal.

In an interview with Jewish Insider’s Jacob Kornbluh, Rosen said he trusted Biden’s judgement on Israel and didn’t think there would be any “cracks in the friendship.”

He also drew a distinction between Biden’s position on Israel and the policies of the Obama administration that he belonged to. He told Kornbluh:

[Biden] has a long history of support for Israel. He has his own point of view. I never heard him say anything that would make me believe he’d follow [former Secretary of State John] Kerry’s method of finding a resolution to the Palestinian problem. He’s never said to me that he would use the U.N. as a tool to force Israel into a position, which President Obama did. I haven’t heard those things from Joe Biden. You know, he was the vice president at the time. But I think I trust that he’s got a balanced view.

Biden’s campaign said that he talked about bringing the international community together to rebuild aspects of the Iran Deal, but Rosen says he told Biden that he doesn’t believe candidates who return to the exact deal should be taken seriously. He also said that the Trump administration’s aggressive Iran policy has opened the door for a the next president to negotiate a better deal.

In 2017, the American Jewish Congress put out a statement supporting the Trump administration’s violation of the Iran Nuclear Deal:

At the time of the signing, it was the Obama Administration’s belief that the agreement would serve to bring Iran in from the cold and strengthen the moderates in the regime. However, the simple fact is that this not happened, and worse the Iranian regime has grown bolder and more dangerous. Unencumbered by the crippling sanctions that were working, they have continued to spread terror around the region.

Biden has been friends with Rosen for decades and has repeatedly bragged about his connections to pro-Israel organizations. In 2008, he told Shalom TV that he was a Zionist before declaring Israel “the single greatest strength America has in the Middle East.” At a dinner in 2011 he told members of Detroit’s Jewish community, “I’ve raised more money from AIPAC than some of you have.”

The Rosen fundraiser came just a day after the New York Times published a long piece on the history of U.S. and Israeli hawks pushing to attack Iran. The piece, which was written by Ronen Bergman and Mark Mazzetti, features an anecdote about Biden from former Israeli ambassador Michael Oren. After the relationship between Obama and Netanyahu broke down, the Israeli Prime Minister began telling people that the former president was “part of the problem.” At a White House meeting in 2010, Biden threw his arm around Netanyahu adviser Uzi Arad and declared, “Just remember that I am your best f***ing friend here.”

Historical Research Criminalized: Paris Court Convicts Professor Robert Faurisson
US Israel “Aid”: $16m per Day
Selection 2020
Israel Becoming 'Safe Haven for Paedophiles' with Laws that Allow any Jews to Legally Return, Activi...
It's Game Time Again
Canada: Boycotts of Israel to Be Defined as "Hate Speech"
The Sins of the Iranians
Jared Kushner Will Be Senior Trump Advisor
Tags:American politicsIsraelJewish Control of the US GovernmentJoe Biden 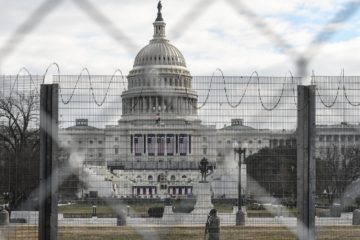 How It Goes with Our Ruling Class

This explains why the shabbos goy stumblebum is still the Democrat Party’s front runner in a crowded field of idiots, and will be the likely nominee for that party’s candidate for POTUS. Good!

Yup, just keep bolstering those murderers, rapists, pedophiles, and thieves there, Sleepy. That’s what being POTUS is all about, right ? Pandering and kowtowing to the slime and their slippery shekels whilst Americans struggle to survive because you gave all the money away so you could feel good about yourself, not knowing that as soon as you made one mistake, the sharpest dagger would slip into your flabby flesh. Don’t you have ANY idea what you’re doing or who you’re dealing with ? You make America SICK, Joey. You should go back to doing what you always did best . . . selling cars. Moron.

Biden married a crypto jewess named Jill Tracy Jacobs was born on June 3, 1951, in Hammonton, New Jersey.[1][2] Moving several times while very young, she and her four younger sisters spent the majority of their childhood in Willow Grove, Pennsylvania.[3][4] Her father, Donald C. Jacobs (1927–1999),[5] was a bank teller who became head of a savings and loan in the Chestnut Hill neighborhood of Philadelphia.[6]
Pretty much says it all.

Even by Appalling Standards of US Politics, Biden Stands Out in Shameless Pursuit of Jewish and Israeli Funds