TODAY WE’RE GOING to stare right into the horrific abyss of “racism,” defined as wanting to be with your own kind and not wildly incompatible religious, cultural, and genetic outsiders. What you are about to hear is so shocking, intolerant and downright vile your may find yourself literally shaking or struggling to “even.” An entire country has gone mad with “Nazi” banal evil and is preparing to deport an entire group of honest, hardworking immigrants merely because of the color of their skin. Did I mention this country’s name? Well, it’s Israel.

The approximately 40,000 African invaders illegally resident in Israel — and due to be deported from the Jewish ethnostate within the next few months — are not refugees but illegal immigrant job seekers and their deportation is in line with international law, Israeli Prime Minister Benjamin Netanyahu has announced.

No human being is illegal. No country should have borders. Let everyone in. “Ethnostate?” Sounds like Hitlerism to these good American ears that believe everything that comes out of the talmudvision. Then I discovered g*d’s special chosen, as opposed to you and your loved ones, the people g*d doesn’t want, were behind this. It’s almost as if “diversity” and “your country must be flooded with enemygrants in order to survive” are just genocidal Jewish attacks directed at Whites and only Whites.

You have to wonder how deluded useful White idiots can advocate for endless foreign invasion and then give their approval to kosher deportations without having their heads explode from the cognitive dissonance. But don’t worry, these aren’t real rapefugees. They’re just here to do the jobs the Jew won’t, but I guess the Jew is now, incredibly, willing to do those jobs if it means the dark inferiors are removed. Imagine that.

The Israeli parliament has already approved an amendment to Israel’s appropriately named “Infiltrator’s Law” which ordered the closure of the Holot concentration camp in southern Israel — an isolated camp where large numbers of the African invaders had been corralled.

“Infiltrator’s law” and “invaders.” There’s no shortage of real talk as long as it’s the people who are more equal. In Europe you could go to prison for saying these things and we’re still being told they’ll save those pensions and do those yucky jobs our delicate sensibilities as Eloi forbid us from doing, now that the “women and children” lie has completely imploded.

The forced deportations of the Africans — mostly Eritreans and Sudanese — is due to start in March.

For some reason the “human rights” cultural marxists aren’t interested in making a big deal out of this.

“The arrangements I describe here are approved by the justice system and are continuously supervised by officials from Israel and the third country. I have approved additional funds to accelerate the examination of requests for asylum in Israel. This policy is perfectly in line with the Supreme Court’s orders and with international law, and therefore the claims voiced against us are baseless.”

Please remember this quote when we’re round-filing the invader garbage and loading the Negro on boats bound for Liberia.

Israel’s Population Immigration and Borders Authority (PIBA) has already started filling approximately 100 new positions to start carrying out the deportations in March, with some salaries as high as NIS 30,000 ($8,800) per month for a two-year contract.

Here’s another way you can help the economy and employ more Americans, President Trump.

PIBA estimated that the deportation will cost an estimated NIS 300 million ($86 million), including an “exit grant” of $3,500 to each African who leaves and, in the cases of those destined for Rwanda, a reported payout of $5,000 per head to the Rwandan government.

As usual the traveling merchant gets excellent value for every shekel. If we paid a million dollars to permanently remove each Negro it would still be the bargain of a lifetime. 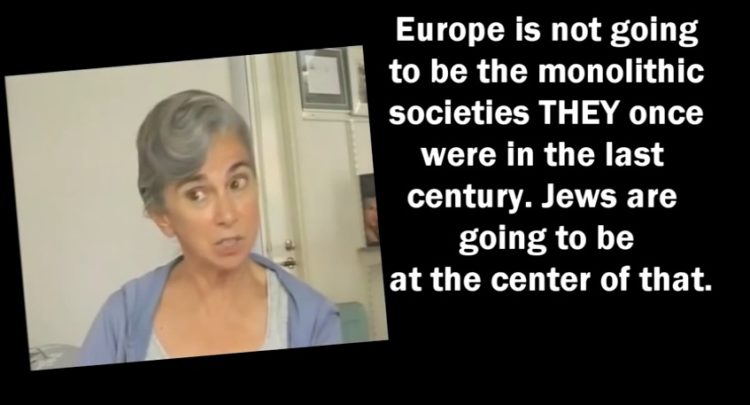 Rwanda and Uganda have already accepted about 4,000 Africans who signed a document saying they had “willingly left” Israel.

Offer an African a handful of glass beads and some battery acid moonshine and it will agree to almost anything.

The Rwandan government has in the interim attempted to clarify its position with regard to accepting the deportees by announcing that it would accept any African from anywhere who came “voluntarily” to that country.

The government then promptly collapsed for the third time this year.

“Rwanda is ready to help in whatever limited way it could, by welcoming anyone arriving at its borders in need of a home, voluntarily and without any constraint.”

Wow, how progressive. Look for Rwanda to become the world’s best country now that they’re prepared to win the critical “people race.” Expect lots of cancer cures and flying pyramids from the Heart of Darkness powered by the mighty strength of meekly accepting columns of dark animals limping back from their failed attempt to infiltrate a hate country.

“In this regard, Rwanda’s policy vis-à-vis Africans in need of a home, temporary or permanent, within our country’s means, remains ‘open doors.’”

The door to nowhere. 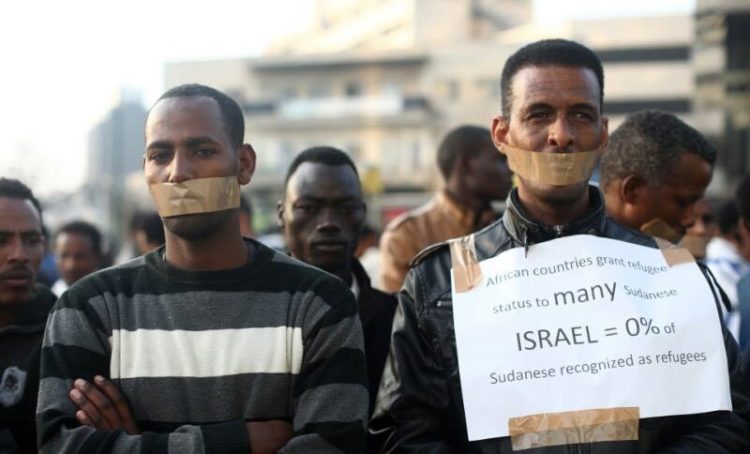 Providence, RI Truth Fliers: What Are They So Upset About?

The caption to the topmost image was “You have to go back, schwoogie.”, not “You have to go back, invader.” — C’mon! How in the heck can you post a Modern Heretic article without letting his particular humor and “way with words” shine through?! When it comes to re-posting articles from someone as gifted as M.H., attempting to “clean up” (or censor) what he originally posted ought to be avoided.

I am an editor and I do do some light editing, even of near-genius MH pieces. There are certain crudities that I avoid, and certain odd uses of language, that simply aren’t clear in my opinion, that I clarify.

I do understand, Kevin. But even the great Dr. Pierce wasn’t shy about calling a jew a kike now and again. And you gotta admit, Modern Heretic’s humor is pretty phenomenal, especially when he throws in a term like “schwoogie”, or “poisonous mushroom” or “moe-ham-head”!

Anyway, no slight was intended towards the re-sharer or the editor on my part.

Will Williams
Reply to  JimB

I thought I’d heard every term of endearment for the unfortunate Negro, but never this. Had to go the Urban Dictionary:
—

Schwoogie:
A derogatory term for African-American. A cross between the Yiddish slang ‘Schwartze’ and American slang ‘Boogie’, both of which are in themselves derogatory terms for Black-Americans.

JimB
Reply to  Will Williams

From a Modern Heretic article entitled More Holohoax Education Needed in Kentucky, I give you this little hilarious gem:

“Johnny can’t think critically, Barkevious won’t come down from on top of a desk where it’s “rapping” about its penis, Juan speaks no English and can’t use a toilet correctly. All of this demands more communist fantasy stories from the disastrous jewish century. Public school is child abuse.”