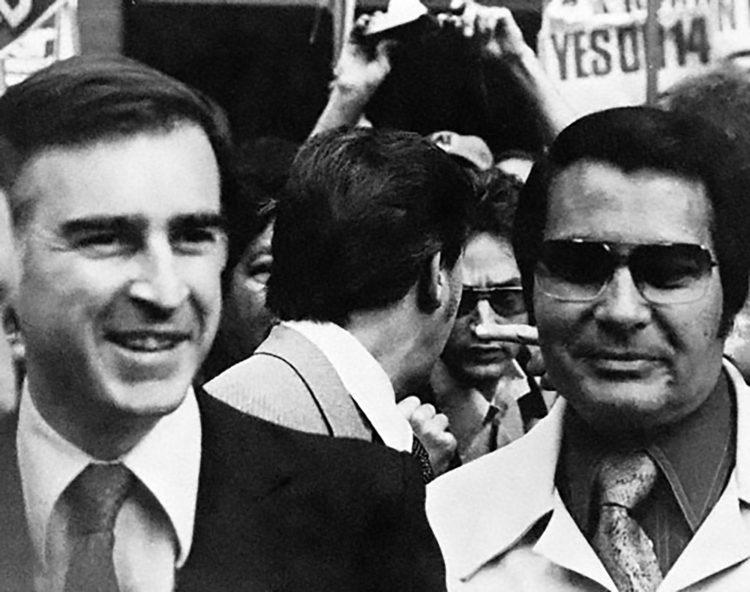 1978: In Jonestown, Guyana, American evangelist Jim Jones (right) leads his “Peoples Temple” followers in a mass murder-suicide that claims 918 lives in all, including over 270 children. Jones, who was from Indiana, had been ordained by the Assemblies of God, a mainstream Christian church. He was First Lady Rosalynn Carter’s “spiritual advisor” and was close to numerous “liberal” political figures including California governor Jerry Brown (left). Jones was a darling of leftists and anti-Whites, being a prominent activist for racial integration, a pro-Communist, the director of the Indianapolis “Human Rights Commission,” and a recipient of the Martin Luther King Humanitarian Award. He adopted non-White children, and referred to his multiracial congregation as his “Rainbow Family.”