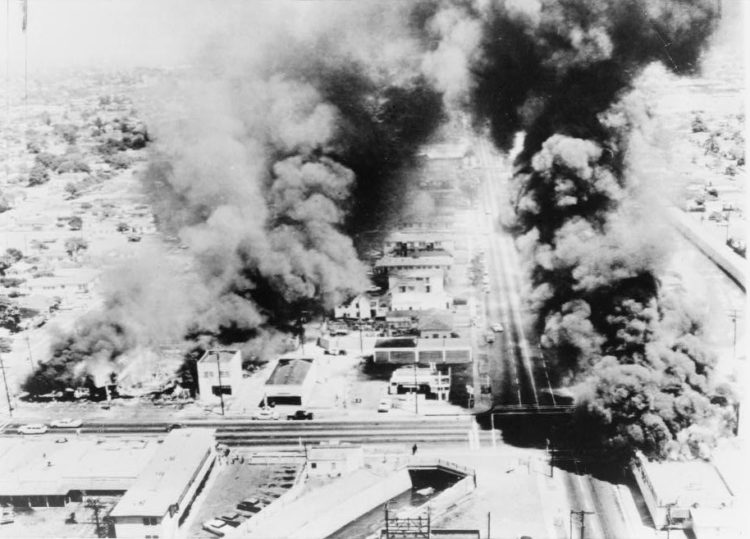 1965: The Watts Riots begin in Los Angeles, California. Responding violently to a minor altercation between police and a Black man, more than 35,000 Blacks would destroy and burn a large section of the city over the next six days. White people were pulled from their cars and beaten, more than a thousand homes and public buildings were destroyed or seriously damaged, causing more than $40 million in damages (multiply by more than ten to get the equivalent in today’s “dollars”), and 34 were killed during the riots. Only a tenth of the rioters were even arrested, and more than 16,000 California law enforcement officers and 14,000 National Guard troops were required to quell the violence. Instead of moving decisively to permanently separate the races, as a racial-nationalist government would have done, the treasonous and Jewish-dominated regime in Washington forced even more draconian “civil rights” laws on the White population, requiring mixing of the races in nearly all social situations and locations.