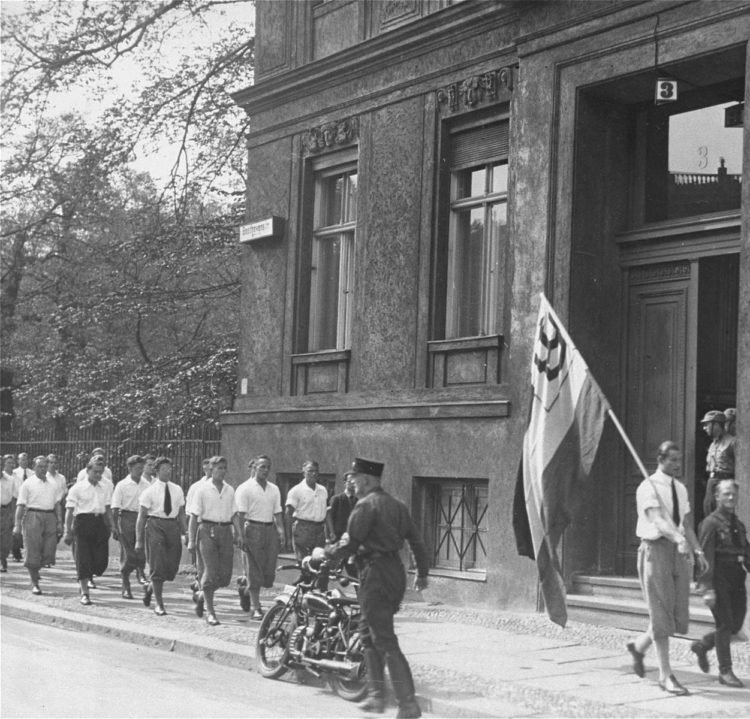 1933: The German Student Union proclaims its Twelve Theses for a rejuvenated German culture, and ceremonially burns books promoting sexual perversion taken from the Jew Magnus Hirschfeld’s “Institute of Sex Research” (which, until it was raided just four days earlier, was engaged in a massive campaign to promote sexual perversion and “gender bending” in Germany) and books promoting the racial defilement of Germans, some 4,000 titles in all. “No to decadence and moral corruption!” Joseph Goebbels said as he addressed the students (and the German people via radio), “Yes to decency and morality in our families and and in our State!” (Members of the German Student Union are shown above, protesting in front of Hirschfeld’s Institute.) Thirteen years later, in 1946, the Allied occupation government would restore the availability of books promoting perversion and racial mixture — and ban, confiscate, and destroy millions of copies of over 30,000 book titles and countless works of art promoting healthy values.