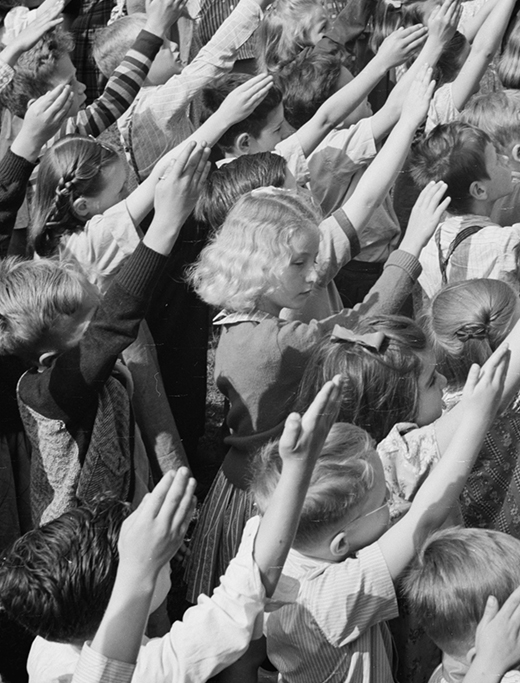 1892: The US Pledge of Allegiance, written by Francis Bellamy, is first published. For 50 years, until 1942, the salute accompanying the Pledge was the outstretched right arm, substantially the same as the Roman salute also used by Fascist Italy and National Socialist Germany. The illustration shows school children in Southington, Connecticut performing the salute in May, 1942.