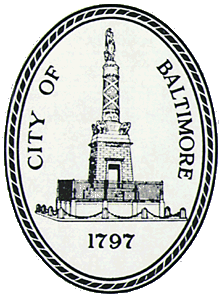 1796: Baltimore is incorporated as a city. It would become known for its scholarship and culture, being home to such luminaries as Edgar Allan Poe and H.L. Mencken. After the passage of the anti-White “civil rights” laws in the 1960s, the city would enter a precipitous decline and become a filthy, degenerate, largely non-White, and crime-ridden shell of its former self.