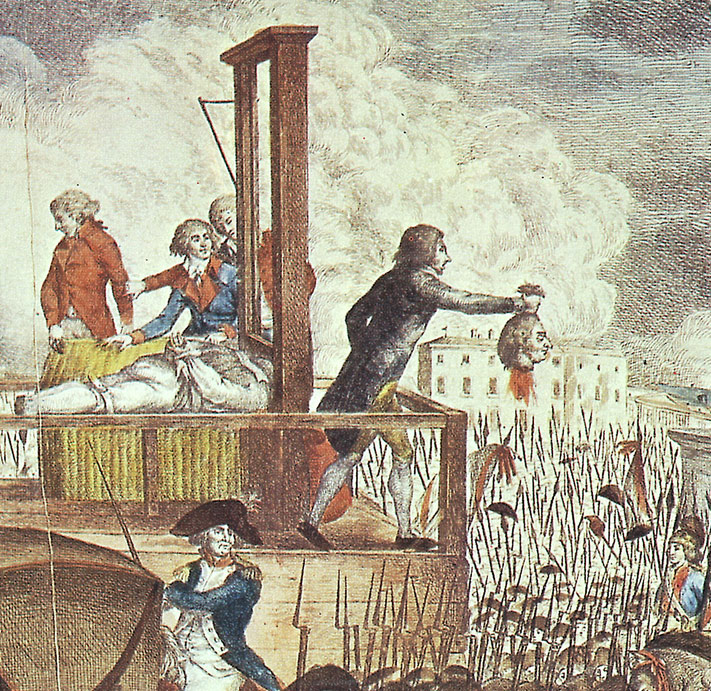 1793: The Reign of Terror officially begins, less than one year after French leftist revolutionaries overthrew the monarchy and instituted mass democracy. In an orgy of suicidal bloodletting and murder of the best and brightest, more than 16,000 are “legally” beheaded for even the most minor alleged offenses against “equality,” and an additional 10,000 die in prison without charge — or are simply killed without trial by mobs on the street or in their homes. Sounding like an antifa-fawning CNN anchor of our day, the French revolutionary and advocate of “direct democracy,” Robespierre, stated: “If the basis of popular government in peacetime is virtue, the basis of popular government during a revolution is both virtue and terror; virtue, without which terror is baneful; terror, without which virtue is powerless. Terror is nothing more than speedy, severe, and inflexible justice; it is thus an emanation of virtue; it is less a principle in itself, than a consequence of the general principle of democracy, applied to the most pressing needs of the nation.” Less than a year later, falling out of favor, he would be executed by the leaders of the mob he enabled, and the bloodthirsty crowd reportedly madly cheered and applauded for 15 minutes straight.