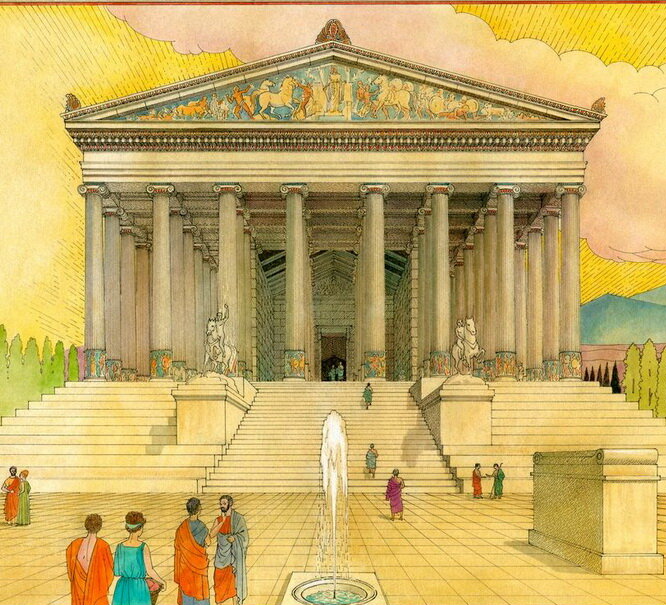 356 BCE: The extraordinarily beautiful Temple of Artemis built by the Greeks in Ephesus, Anatolia is burned down by a man reputedly of low birth, seeking fame for his act of destruction. The temple was then rebuilt, even larger (more than 450 feet long) and more beautiful than before, so much so that it was declared one of the Seven Wonders of the World. It contained sculptures and other works of art by Rhoecus, Polyclitus, Phidias, Cresilas, and Phradmon. It stood for more than 600 years, until it was closed and then destroyed by Christians, who also pulled down the ancient statues and erased the name Artemis from every sign and building in the city. Some columns from the temple were used in the construction of the Hagia Sophia in Constantinople.