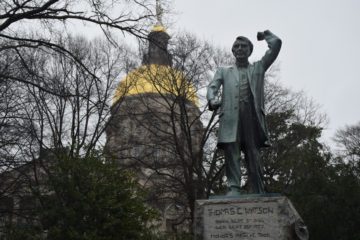 Why Was Thomas Watson’s Statue Removed?

Bradford Hanson (Editor) · 6 September, 2015
Little-known fact: Watson was offered large sums to be Leo Frank’s defense lawyer, but his conscience would not allow him to accept. by David Sims ON THE 100th anniversary of the founding of the Anti-Defamation League of B’nai B’rith, that infamous Jewish influence and espionage…
Read More

Why Was Thomas Watson’s Statue Removed?