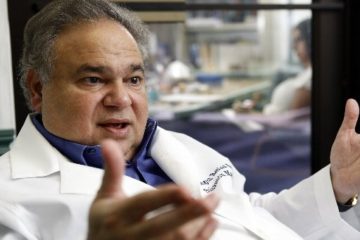 Rosemary W. Pennington · 3 April, 2015
SENATOR Robert Menendez spoke in a level, matter-of-fact tone, but his words were grave. Anti-Semitism is on the march around the world, he said. Negotiations with Iran, he warned, have reached “the witching hour,” with the security of both the United States and Israel at stake. (ILLUSTRATION: Robert…
Read More