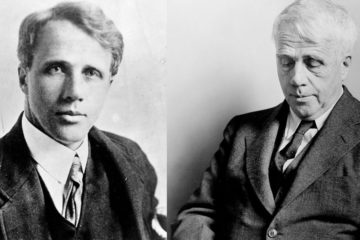 Robert Frost, “A Case for Jefferson”

Rosemary W. Pennington (Editor) · 15 February, 2019
Robert Frost by Robert Frost
from Steeple Bush (1947) Harrison loves my country too,
But wants it all made over new.
He’s Freudian Viennese by night.
By day he’s Marxian Muscovite.
It isn’t because he’s Russian Jew.
He’s Puritan Yankee through and through.
He dotes on Saturday pork and beans.
But his…
Read More