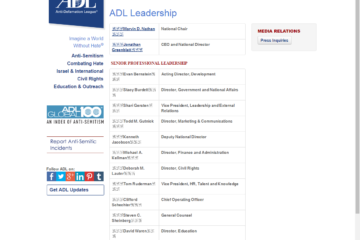 Rosemary W. Pennington (Editor) · 29 June, 2016
This is a very weak response to the much more effective (and now banned) Coincidence Detector, which identified Jews; the “Nazi Detector” didn’t mark some of the most prominent Jew-critics around, such as David Duke, William Pierce, Kevin Alfred Strom — and even missed …
Read More