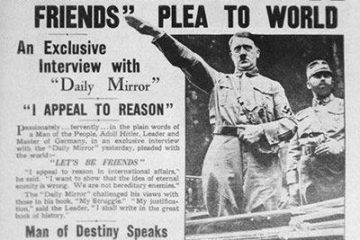 Did Hitler Try to Make Peace with Churchill Several Times?

Rosemary W. Pennington (Editor) · 28 June, 2018
by Chris Crookes ADOLF HITLER made repeated and extremely generous peace overtures to Britain. The details of his final peace offer to Churchill are still protected under the British Official Secrets act, which was due to become public in 2017, but which has been extended for another unprecedented…
Read More

Did Hitler Try to Make Peace with Churchill Several Times?