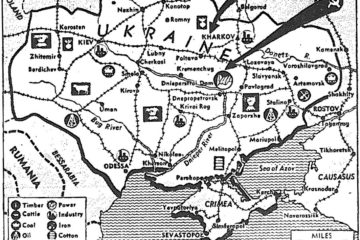 Bradford Hanson · 23 October, 2016
by Dr. William L. Pierce WE SPOKE a few weeks ago about the mass murder of the leadership stratum of the Polish nation by the Soviet secret police in the Katyn Forest in April 1940. We discussed that genocidal atrocity in the light of the ongoing Jewish campaign to portray Jews as the principal victims…
Read More