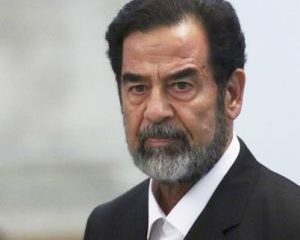 In Defense of Saddam Hussein and His Regime

Bradford Hanson (Editor) · 5 August, 2016
“The enemies forced strangers into our sea”
— Saddam Hussein, from his last poem Saddam Hussein, his regime, and the 2003 US-led invasion of Iraq have returned to public discourse. The Chilcot report, recent praise of Saddam Hussein, and continued terrorist attacks in Europe …
Read More

In Defense of Saddam Hussein and His Regime