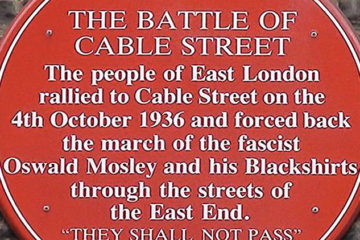 Bradford Hanson (Editor) · 15 October, 2017
On 4 October 1936, Marxists and Jews organized a protest to Sir Mosley’s British Union’s planned march through East London. The disruption of the planned march after violence was transformed into a myth of working class and minority resistance to fascism. by Organon tou Ontos ON 13 October…
Read More