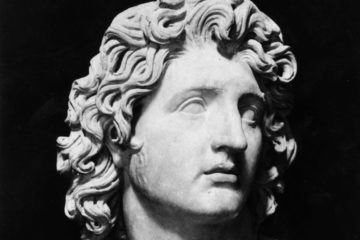 Dissident Millennial · 20 August, 2017
by Dr. William L. Pierce Macedonian and Roman Empires Were Built by Nordics
Latin Founders of Rome Came from Central Europe THE LAST FIVE INSTALLMENTS in this series have dealt with the migrations of Nordic, Indo-European-speaking tribes from their homeland in southern Russia, beginning…
Read More
Bradford Hanson

The Gordian Knot and Some Race History

Bradford Hanson · 1 January, 2017
by Andrew Hamilton THE TERM Gordian knot refers to a problem most difficult of solution. It is a metaphor for an intractable problem. To “cut the Gordian knot” means to solve a problem in an entirely original way, perhaps with one swift action, by rejecting or violating conventional rules that define…
Read More