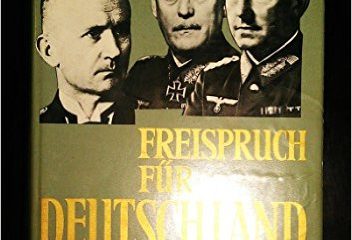 Bradford Hanson (Editor) · 26 July, 2015
by Hadding Scott HOLOCAUSTIANS, like for example Michael Shermer in his appearance with Bradley Smith on the Donahue show in 1994, sometimes like to assert that the Germans themselves accept all the accusations made against them regarding the Second World War and the so-called Holocaust. This is…
Read More