THE NAME of this “holiday weekend” needs to be changed. Forget “Independence Day.” Until we — and I mean our people, the people who founded and built America, and our close kin of European descent — until we regain our freedom and independence, we need to rename this now anachronistic holiday. I suggest the simplest, most obvious, and most honest alternative: Dependence Day.

For we have become a dependent people. A people led by others. Owned by others, really.

We are no longer permitted to freely and openly have communities of our own, whether physical neighborhoods and towns, or organizational communities, working for our own interests. In America, we have Black communities, proudly proclaimed. We have Mestizo communities, neighborhoods, whole cities devoted to being “sanctuaries” for them, and endless well-funded race-based organizations. We have Jewish communities and community organizations, perhaps the most prominent of all. But for Whites in 2021 America, nothing of this kind is permitted without severe legal or other consequences. White communities are persecuted, criminalized, singled out for “special” law enforcement scrutiny, and singled out for destruction by weaponized mobs, billionaire-funded legal teams, and servile, treasonous prosecutors and “lawmakers.” When racially-conscious Whites carefully navigate the laws and pitfalls, make the necessary sacrifices, and insist on independence and do whatever it takes to heroically form a White community — such as what the National Alliance is doing now — all the teeth of the poisonous hydra are aimed at us, and it takes a special kind of man and woman to keep moving forward.

But heroic examples aside, we Americans on the whole have been keeping quiet and keeping our heads down and seldom, if ever, even daring to say the word “White” for decades now. Our heads are bowed so low we’re eating dirt and pretending to like it.

In the lead-up to our supposed Independence Day our supposed president is busy demonizing Whites in Tulsa and making a White-guilt-fest with a name created by illiterates into the first new “national” holiday since Red Martin Day. And Jew-ridden Donald Trump, the supposedly “White racist” alternative to the Resident, just completed his sixth year in the presidential political spotlight carefully avoiding not only giving any aid or comfort to White people, but avoiding even the use of the word “White,” and actively and earnestly trying to prove how little he cares about us and how much he cares about non-Whites, especially Jews. When Trump, after being thrown off the major social media platforms, signed up for an alternative platform called Rumble, his signup was conditional on Rumble banning anyone characterized as “anti-Semitic” or “racist,” which Rumble had never done before. Andrew Torba, owner of another alternative social media platform called Gab, said he was approached by the Trump/Kushner team with the same demand, which he refused.

Even the supposed opponent of the entrenched powers has to bow to the inverted morality of those powers, and force everyone associated with him, even remotely, to do the same. Some opposition, that. And some independence.

We are “legally” forbidden to have explicitly White schools or White neighborhoods. We’re not even allowed to make sure that the purchaser of our home, when we sell it, is of our race — as our ancestors used to do in a spirit of benevolence for the future of the communities they had built. We’ve moved by the millions upon millions upon millions to the suburbs, away from the Blacks, away from the invaders, and turned what used to be farmers’ fields or wild lands into new communities where we were, for a few bright moments anyway, the vast majority again. At great cost — very great cost — we built a whole new series of cities surrounding the ones we’d been forced to abandon to the rising Brown tide. We weren’t allowed to have de jure White communities anymore, so we built a whole new America basically so we could at least have de facto White communities.

And now, the Resident and his owners are determined that we shall lose the suburbs too — determined that our last refuges shall be submerged in the Brown tide too. Biden says he won’t sign the big multi-trillion-dollar “infrastructure bill” that both Jewish-dominated parties want unless it also includes a “reconciliation bill” containing, among other things, putting strings on “federal aid” requiring that communities put an end to zoning rules that favor single-family homes, requiring that communities open themselves up for “development” of apartment complexes where none are wanted, requiring that communities open themselves up to so-called “low income housing,” which practically means forcing millions of weaponized non-Whites into those de facto White neighborhoods and turning the schools and shopping places there into disgusting pits of non-White crime, filth, and degeneracy.

Those city councils and town managers and mayors should have known that they were making themselves dependent when they accepted that “federal money.” Now they’re trapped. They’ll be voted out by the selfish morons if they refuse the funds and have to raise taxes to replace it. And they’re all either fully on board with racial mixing, or are pretending to be so the media won’t attack them, or they’re scared to death to oppose the mixing even if they hate it, so they absolutely for sure won’t do the right thing when the federal housing commissars come calling.

In the waning days of the Obama administration in 2015, Fetchit’s masters created the so-called “Affirmatively Furthering Fair Housing Initiative,” which targeted any neighborhood in the US that was over 50% White with intentional racial “diversification.” Biden’s masters are the same masters, of course, so now that plan is going to finally be put into effect — and ramped up even further — through the “infrastructure” bill.

We are a dependent people. A people for whom the wealth we create is increasingly taken from us — as tribute, as punishment for imagined sins, or through deception and trickery — and given to others who did not earn it.

Years ago, I joked that we should simply give all our wealth, all our money, all our property to the slave-masters in Washington and New York and Tel Aviv, and then they could just decide how much of it they would kindly give back to us to feed our families so we could keep working for them without actually starving to death. It’s not much of a joke anymore, since we’re more than halfway there already.

When the bankers, including both the Fed and the entire “fractional reserve” system that owns the Fed, are given the exclusive privilege of creating money out of thin air, what is that except a way to steal the people’s wealth by the billions every day of the year? When they can dilute the value of everything that’s in your bank account and pension account and annuity and any other kind of account you have at will, and by any amount they want, face it — you are their slaves; you work for them and at their pleasure; and nothing you earn is yours to keep for long; until you awaken and tell them to go to Hell, you are dependent on their favor for your job, your status, your ability to buy and sell, for your very economic existence — you are dependent.

When they, and yes, I do mean the billionaire Jews who have stolen our country from us, can demand that the government not create interest-free money itself as it used to do, and instead be required to borrow all of its funds, and I do mean all its funds, from them, and that our children and our children’s children be required unto the thousandth generation to labor to pay interest on the “loan” of “money” they created with the stroke of a keyboard, then how dare you celebrate your long-lost independence as if it still existed? How dare you waste your time with make-believe, when your posterity and your ancestors’ blood demand that you fight to get that independence back?

And when this same tribe corrupts our youth with impunity, teaches them in every school and university, that mutilating your genitals and/or behaving in a perverse manner that prevents you from having children are “sacred” rights and “noble” pursuits deserving of praise, social sanction, and impregnable legal protection — while uniting and organizing to promote the interests of your race, your own kindred, is the ultimate evil and must be prevented by any means necessary — and when you know this and yet you sit anonymously behind your screens and keyboards and do nothing about it — how dare you celebrate something called Independence Day?

We can do something abut it. We can build a White community, despite all the obstacles. We can build an organization that spans the generations, a community that can form the nucleus of a new nation, a new people. We can do what needs to be done.

One day, we will have a real Independence Day again, greater than any that have come before. Greater than 1776. Greater even than 1933. We will come through this trial by fire. Our enemies will unknowingly benefit us in the end. A severe selective process has already begun. Weak hands and weak souls, hands of paper and souls of dross, will fall away and be consumed by fire. But hands of steel and souls of diamond will be found — we are finding them now in the National Alliance — hands of steel and souls of diamond that will turn the fire on those who first unleashed it against us.

You’ve been listening to American Dissident Voices, the radio program of the National Alliance. This program is published every week at whitebiocentrism.com and nationalvanguard.org. Please write to us at National Alliance, Box 4, Mountain City, TN 37683 USA. We welcome your inquiries and your financial support in spreading our message of hope to our people. We also welcome your applications for membership in our community of the conscious. Once again, that address is Box 4, Mountain City, TN 37683 USA. Thank you for your help.

Middle American Gothic
July 4th: A Sham and a Lie
Killing People, Growing Trees, and the Jews
America after the Holy War, part 7
Unprecedented Decline?
The Consequences of Comfort
Non-White Immigration: Death Sentence for America
The Task of the National Alliance
Tags:America's DeclineDecline of the WestOld America 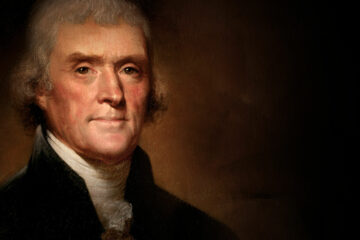