So say the Jews.

Lately some people in Idaho tried to get the message out that White lives matter and they got the ever-lengthening arm of John Law sniffing around. Hell, the hired thugs would go Randy Weaver on them if they could — and you can be sure that the Jews are working furiously behind the scenes to make that day possible.

On May 22 2022 an Idaho prosecutor’s office has made law enforcement agencies aware of a so-called White Lives Matter group that is recruiting members in north central Idaho.

Freedom of assembly for the White man, in the nation created by White men? Hell, no! This isn’t their country anymore. The Jews aren’t going to do all that hard work importing the dark millions and then just allow White men to organize a response. Perish the thought! Got to nip the atavistic recrudescence in the bud. Got to stop the White man from getting wise to what’s going on; they haven’t been practicing White genocide lo these many years just to let some White nationalists stop them from crossing the finish line at the very last moment. White people aren’t going to exterminate themselves, after all.

Nick Woods, an investigator with the Nez Perce County Prosecutor’s Office, compiled information about the group and sent it to the Lewiston Police Department, Nez Perce Sheriff’s Office and Idaho State Police last week. His efforts were prompted by two masked individuals displaying a banner with the message “It’s great to be White” at the corner of 21st and Main streets in Lewiston. Similar displays were made in Moscow, according to social media posts.

“It’s great to be White,” that is nearer the mark — saying “it’s okay to be White” and “White lives matter” works on a certain level, as vast understatement, to get the point across. But it is indeed great to be White. But you can say none of this now, not even in one of the last remaining White havens, Idaho. Whites used to wear hoods — now they wear masks.

Jews don’t think it’s great to be White. They think it is the abomination of all abominations.

“We are just passing information on to law enforcement”….

Just “doing their jobs.” The Regime wants constant monitoring of Whitey to make sure there’s no revival. A White revival is what they most fear — that the great mass of White men will key in to their evil designs and take up arms to stop them.

Both the Southern Poverty Law Center and the Anti-Defamation League consider the anonymous organization a white supremacist movement with neo-Nazi ties. The group promotes white pride and the great replacement theory — the idea that there is a conspiracy to bring people of color to the United States and European nations through immigration with the goal of replacing or suppressing majority white voters. The theory was cited by the 18-year-old white man who shot and killed 10 people and wounded three others in a Buffalo, New York, supermarket Saturday. The victims included 11 people of color.

The phrase “baseless conspiracy theory” is now a synonym for truth.

Lewiston Police Captain Rick Fuentes said officers from the department made contact with the masked individuals during their May 11 display but said they did not observe any illegal activity.

Masked individuals in the gem state! Hearing the way they say it, you’d think it was some Negroes about to knock off a liquor store. Celebrating being White is not illegal yet. But trust me, they are working on it.

The department received one complaint about the display.

That probably came from the big fat pig Tai Simpson, who is a product of two debased races, the Indian and the Black. Because of this mixed parentage, she doesn’t know if she wants to knock off the liquor store or go in to use her EBT card there. She doesn’t know if she wants the father to abandon her kids or beat them, to drink malt liquor or drink whiskey, to put a “weave” on her head, or a feather.

Tai Simpson, a social justice activist from Boise who is Nez Perce and Black, said Nez Perce people and other people of color worry about their safety because of white supremacy movements.

From the looks of this big fat squaw with strong overtones of erectus, I have her pegged as a dyke. Her press flacks say she “speaks from conviction” about “the marginalized of the world.” She has a racket in which, for a hefty fee, she shows up at your event to do “workshops” where she’ll lay blood libels and slanders down on White people. She will also (if you pay her enough) make a “motivational speech.” If you want someone to lie about American history, she’s just the one to do it.

Damn right we don’t. Get the Hell out.

Simpson said white supremacy is much more common than many white people believe and it is up to white people to confront it. She said when such displays happen, people should take the opportunity to talk to their children about racism, to educate their family, friends and neighbors about its dangers and to do what they can to disrupt it.

That is, in response to some White men simply putting up signs indicating that they like their race, she wants White people to combat that idea with all their might, to tell their White children how wrong it is to like their own kind, to inculcate in the next generation the idea that conscious Whiteness is the ultimate evil — so such expressions, even such thoughts, will never be possible again.

To be White is to be a member of the masterful race, the creative race, the ascendant race, the race that has by far — very far — the most to be proud of. Had the Earth been left to the other races, they’d still be struggling to get a potato out of the ground. Which is the grand irony of the present state of affairs.

The official dogma of the Regime is that every race other than White can and should feel great pride in themselves. They should celebrate their heritages; they should exalt their ancestors; they should portray their race gloriously in all kinds of media; they should have museums to study their race’s greatness; there should be programs in universities that grant professorships and PhDs in the study and exaltation of their race — even the most lowly and debased of races get this treatment. And the one race (the White race, the great race) which actually does possess outstanding and astounding achievements in all fields is the one race to whom all of this study and celebration is prohibited. 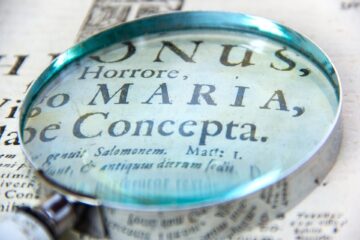 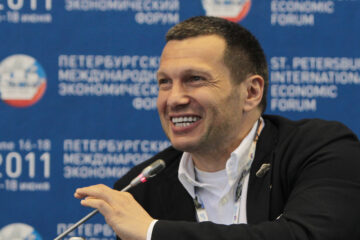 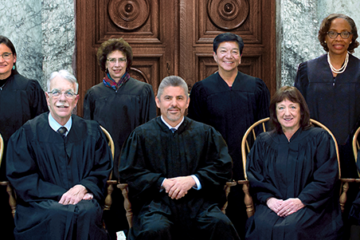 The moral deception that the Hebraic tribe has been pushing toward Whites has been quite uncanny with White people believing they are the ultimate force of evil for all people.

This very deception, which is quite different from the usury and money-laundering the Jews have done in the past, is the very method they are using to slowly and silently kill off their worst enemy and the delusion they are brought about through some idea of human world unity where war, discrimination, and hate is non-existent is one that comes from a lack of understanding of how humans behave, think and feel within their own skin as well as the truth behind the unique White Race

I agree, I believe that for all their claims of being “God’s chosen people” and a “light among the nations”, the Jews know that they have accomplished next to nothing over the millenia. They’re jealous of our countless achievements.

Even if this is true. Not saying it is. It doesn’t mean “this” batch of Jews is that. Could be they need a serious culling to get to that.

It is simple projection. Jews know that throughout their entire existence, they have buy and large contributed to war, disease, famine, ignorance, genocide, pollution and all kinds of suffering.

the most likely “projection” is of the trauma of circumcision onto the rest of us. it causes all manner of negative feelings & effects which, in their ignorance of, they project onto us & “blame” us for. v common human reaction in the unilluminated

Going back to the Japanese. I heard stories that there used to be more common in Compton (or West Coast as a whole). However, I heard they were driven away by Mexicans/Mestizos & blacks. Any sources on this?

Another thing, it’s important to note that they’re the only non-white race that doesn’t seem too much into White Genocide. Maybe a couple people, one notable man is Inejiro Asanuma, who I heard worked with the CCP & was anti-white. Other than that, not really common. Which is probably why they seem to commit genocide in Japan after the whites, maybe Korea on a good day.

To all those who organize distribute fliers etc. Cops get paid to take orders, waitresses get paid to take orders. Is that an order dear officer? They more said officers order the bigger the bill gets for them. Saying in mild mannered voice. Keep track all the orders you “obey”, write up a bill of orders similar to a waitress writing up your bill for food and drink. Only a slave does not get paid to take orders. I thought slavery was outlawed in this country?
p.s. i’m ready to donate when and if NATALL sets up a special land fund to help “move” White families.

Why a “special land fund to help ‘move’ White families,” Mr. cas? Committed National Alliance families first, right? Are you ready to donate anything substantial this purpose, to get it started properly? I’d say about $25,000 sounds about right, enough to show we’re serious about doing this.

$100 × 50,000= $5 million equals many families moved. A special land fund would show your organization is serious about starting a legitimate non cult-like community.

Mr. Mercer got it so right about Jews working to prevent Whites from organizing, the level of anti-White smears their propaganda organs screech 24/7/365 about those Whites who try is deafening. Almost to the point that it’s their #1 purpose in life. I’m referring to this quote from above: “The Jews aren’t going to do all that hard work importing the dark millions and then just allow White men to organize a response. Perish the thought! Got to nip the atavistic recrudescence in the bud. Got to stop the White man from getting wise to what’s going on; they haven’t been practicing White genocide lo these many years just to let some White nationalists stop them from crossing the finish line at the very last moment. White people aren’t going… Read more »

The intellectual gap between humans is already a source of stress and a cause for loneliness to me. Most are dangerous animals, that’s for sure; I have yet to find my kin. Even OUR subordinates need practical measures to be contented; but the brown ones, their propensity towards rudimentary irrationality, violence and viciousness, perfectly fits the “useless pain and suffering” statement, to anyone who has potential. As natural creatives, all we wanted was to exist, we’re naturally result-oriented and harmless – but apparently they just couldn’t leave us alone. I have yet to access a position that confers me full protection from the animalistic WHITE dissidents we sometimes produce, so I can finish healing myself fully of its abuse; but when I stumble upon non-white behavior and attitude, I never… Read more »