ACCORDING to Wikipedia, microbroadcasting is “the process of broadcasting a message to a relatively small audience. Microbroadcasting, in radio terms, is the use of low-power transmitters [totally legal under US law, Title 47 CFR Part 15, in the United States, or its equivalent elsewhere] to broadcast a radio signal over the space of a neighborhood or small town. Similar to pirate radio broadcasting, microbroadcasters generally operate without a license from the local regulation body, but sacrifice range in favor of using legal power limits (for example, 100 mW for medium wave broadcasts in the United States, somewhat less allowed for FM). Higher power levels can be achieved using carrier current techniques on AM” — and on FM using a antenna as high as possible in elevation can give relatively long range even for very low power.

“Microbroadcasting is also used by schools and businesses to serve just the immediate campus of the operation; well-known uses include audio tour guide systems at parks or museums, airport information services, and drive-in theaters, which often provide movie audio over the driver’s car audio system. It has also been adopted as an advertising technique, particularly by car dealers and real estate agents.”

There’s no reason why National Alliance members and National Vanguard readers couldn’t use microbroadcasting techniques to transmit the National Alliance Radio Network 24/7 in high fidelity FM stereo to everyone in your neighborhood, apartment complex, city center, or small town.

Read the federal regulations and obey them — you can only use quite low power (even if that cheap Chinese FM transmitter you bought on Ebay can do only one Watt, you’ll have to turn the output down low). But on FM, as long as you’re close by, your signal sounds just as clear and noise-free as the 50,000-Watt network stations. And low power restrictions just apply per transmitter. Who says you can’t have ten or 15 transmitters running simultaneously, each on a different freuency and from a different location? No one. One in the attic, one in the garage, one at Charlie’s house, one at Bill’s house, one at your girlfriend’s house, one in your car — you get the picture.

A mobile (or woods-based solar-powered) FM transmitter could carry hours upon hours of National Alliance radio network programs on an SD card, and several of the newer low-power FM transmitters have an SD card reader built in!

What’s the advantage of getting our network on FM? you might ask, especially since we’re already streaming worldwide on the Internet. The main reason is this: People have to already know about us to seek out our Internet stream. But on FM radio, many listeners will happen upon us by accident, folks who never would have known of our existence otherwise. That’s an important difference! In a way, it’s like going back to the early, pre-Internet days of American Dissident Voices, when we were buying time on AM, FM, and shortwave stations every week, and plenty of new people were drawn to us after finding us on their radios and listening for a while.

Before setting up your station, it’s important to find the clearest possible frequency on which to transmit. Scan the FM band carefully, stopping on every frequency from 88.1 MHz to 107.9 MHz (valid channels are every 0.2 MHz — 88.1, 88.3, 88.5, etc.) and take special care to choose only frequencies that have no audible signals and no audible interference from other local stations. Try your car radio while parked on a high hill (for maximum reception range) and repeat the experiment on another radio or two just to be sure.

In the course of your band scan, you will likely discover other unlicensed stations in your town. I live near a small city in Maryland, and there are no fewer than three unlicensed FM stations that I can hear. One transmits Jesus junk, another plays alternative rock (all White bands, too, as far as I can tell), and the last, believe it or not, re-transmits the Republic Broadcasting Network (one of whose hosts has interviewed Kevin Alfred Strom several times) all day and all night. The National Alliance Radio Network needs to join their number, and will instantly be the best programming ever heard on the radio dial! 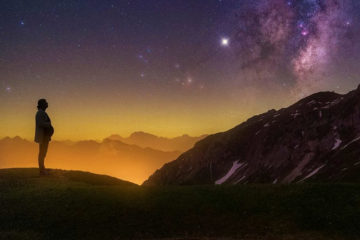 For a Better Tomorrow, part 2

And evolutionary relatives.It’s really funny to see a crowd that sees a fence as an obstacle.

I am a regular listener to Republic Broadcasting Network.
http://republicbroadcasting.org/listen-live/

“There’s no reason why National Alliance members and National Vanguard readers couldn’t use microbroadcasting techniques to transmit the National Alliance Radio Network 24/7 in high fidelity FM stereo to everyone in your neighborhood, apartment complex, city center, or small town.”

except for the Jew interference …

Oh really, Howard? You’ve done some micro-broadcasting and Jews interfered? Tell us about your experience, please.