THE JEWS have controlled the “mainstream” media in the West since they bought out the press in the early 1900s. They did that, at least in part, because Adolphe Cremieux told them to “capture the press” at an Alliance Israelite Universelle meeting in Krakow in the 1890s. They used it as a means of mind control until the rise of the Internet in the 1990s, and they’ve been working hard to regain their media monopoly by capturing the World Wide Web, too.

What CNN and MSNBC and the rest are currently doing is nothing new. They’ve always lied to us. The only difference is that, increasingly, we know them to be liars now, whereas before 1990 many of us believed every lie they told us. In order to acquire CNN for Time Warner, a Jewish media boss named Gerald Levin told Ted Turner a whopping pack of lies and false promises. Lies, lies, lies.

Tucker Carlson threw some light on the habitual and extreme lying from the “mainstream” media… as if this weren’t something that we already knew. It’s good to hear his acknowledgement of his industry’s duplicity though.

One thing Tucker didn’t come clean on, however, was the connection between the dishonesty of the mainstream media and the fact that nearly all of those media are run by Jews. I guess that much honesty would have been a step too far.

But why are so many of the best makers of deception Jews?

Jews, in disproportionately great numbers, seem to have a talent for any sort of activity that involves getting into someone else’s mind and turning the thinking and opinions of that person in the direction they want them to go, even when doing so involves some disregard of the facts.

Jews are frequently good storytellers, and there are many other talented Jewish writers of fiction besides Asimov and Silverberg. Not only are Jews often good authors, they are also commonly skillful lawyers, excellent teachers, persuasive advertisers, accomplished movie-makers, clever politicians, cleverer propagandists, and good liars. Very good liars. Jews are adapted to their peculiar set of skills, and that’s why they are dangerous to everyone else.

“But why are so many of the best makers of deception Jews?” Well it’s all sociobiological. As Dr Macdonald has stated, deception is how the inbred jews have survived through the centuries, thus deception is in their gene pool. They simply know no other way of thinking.

As far as I know, their religious texts even command them to lie, at least to non-Jews.

The Talmud is a book of loopholes whereby the jew gets around God’s commands.

Imagine a people who write a book that allows them to get around the ‘commands’ of a ‘God’ they invented.
Is it any wonder that they also invented psychoanalysis ?

Back in the 1980s, a German friend told me the Jews controlled the media and the narrative in the U.S. I blew it off as just German jealousy of the Jews. Then around 1990, I was in a German city preparing for a Danube River cruise and I noticed Germans shouting in the streets for the Turks to go home. There were definitely some Turkish looking faces in the crowd. My own view at the time was that the Germans were behaving badly. Now as I look back I am confronted with my own failure of discernment. Why didn’t I see it, I ask myself. Jefferson said it best, if a people living in a more successful civilization think they can do so without an active defense of it, they… Read more »

Personally, I suspect that Jews are the largest Ethnic Group in America. The claim that the Germans are, is merely a deception!

Looking at finance, media, government, certain businesses and, to some extent, medicine and education, you could sometimes get that impression.

Why does everyone always to forge to post the (((FOX))) infograph ?

Albeit it is missing some heebs like Jessy Waters and few others and Murdoch is himself an oven dodger (mothers maiden name is GreenE) .

And someone really needs to make one of these for (((ABC))) too.

Watters is of Irish, English, Welsh descent. Gutfelds father was a German jew.

NO , he is a Yid I have found articles where he it says he is Jewish https://affairpost.com/who-is-jesse-watters-wife-noelle-watters-her-wiki-age-fox-news-job-religion-salary-nationality/ from the article “Watters’ Religion Noelle is still married to Jesse Watters, who was born on 9th July 1978, in Philadelphia, Pennsylvania USA, and grew up with his parent’s father Stephen Watters and mother Anne Watters – the family is of the Jewish religion.” And just take one look at him he looks exactly like (((David Schwimmer))) FFS Your jewdar needs maintenance take it into the shop for a tune up. oh and before anyone questions the validity of the source here Let’s just stop and think for a moment , (((who))) is it that likes to write about and promote adultery and affairs? Oh I don’t know maybe people like (((Noel Bidderman)))… Read more »

“Your jewdar needs maintenance take it into the shop for a tune up.”

That’s why I subscribe to this web site. I’m just going on what I read. Usually I will type Rabbi before the surname and Google it and see if anything comes up. (((Wikipedia))) usually will tell you but that’s going to change as they said they were going to stop printing their ethnic origin.

Also try putting jew or jewish after the persons full name and always try Bing if you do not get results from google and also train your eye to spot the features of the different varieties of jews.

Tune up on this: 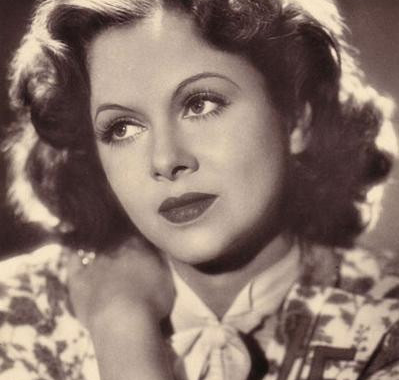 And they are very adept at manipulating the altruistic nature of empathetic people to the point of dysfunction.

As far as naming the jew, Ann Coulter came came closer than any goy in the MSM. Look where it got her. Relative obscurity.

THE JEWS have controlled the “mainstream” media in the West since they bought out the press in the early 1900s. They did that, at least in part, because Adolphe Cremieux told them to “capture the press” at an Alliance Israelite Universelle meeting in Krakow in the 1890s.

This is undoubtedly one of the most significant events in all of Western history, yet I was unaware of it until I read it here. In a healthy society, it would be taught to all White adolescents in school.

It is not for nothing that their name has become a byword for dishonesty. Their lying is pathological.