The Most Basic Fact of Existence

THE MOST basic fact of existence is the uncertainty principle. A quantity of energy, multiplied by a quantity of time, must be greater than Planck’s reduced constant (a very small number) in order to engage with causation.

As a result of that fact, the vacuum state isn’t entirely empty. It contains energy fluctuations having magnitudes that follow some sort of distribution: probably a Planck distribution. Some of them contain enough energy to form conjugate pairs of elementary particles, such as an electron and a positron.

There’s some speculation that this mechanism provides for the genesis of universes, when, upon an extremely rare occasion, a fluctuation of energy in vacuum has a magnitude that exceeds the Planck energy, resulting in a quantum black hole that is forbidden by conservation laws to decay by Hawking radiation.

As the knowledge base in quantum mechanics continues to grow it may be possible to either confirm or falsify quantum fluctuations as the cause of the Big Bang. It is my understanding that proponents such as Lawrence Krauss and others maintain that the uncertainly principle applies everywhere including outside of our universe and presumably outside all universes. Therefore, as quantum particles go in and out of existence and under very rare conditions they form a massive quantum particle outside a universe that causes a big bang to form a new universe. This concept complicates the meaning of “universe” which brings up a different problem for later discussion. Other related quantum mechanics models are Loop quantum cosmology and Penrose’s Conformal Cyclic Cosmology.

Simon Crowhurst of the University of Cambridge said on the topic:

Another way to look at this (a thought experiment) is to ask “what would improve the probability of a complex universe with large numbers of particles coming into existence?” Such “universes” in a multiverse would become more probable, if they were more likely to replicate. Singularities such as black holes improve the chances of “universe replication,” so universes containing large gravitational aggregations of matter are selected for. Similarly, if biological entities somewhere down the line generate singularities (e.g., for energy or transport), then complex biology is “selected for” by the increased replication of this sort of universe (e.g., the one we find ourselves in). Taking this further back, it would be expected that each incremental stage of universe reproduction back to the elementary quantum fluctuation might still be preserved or reflected in our universe, unless that characteristic would impair universe replication; so that some properties of the universe are predicted by this model. If so, it becomes possible to build a speculative “phylogeny of universes,” even without direct interaction with other universes (of which, incidentally, there would be a phenomenally large number).

[These ideas have possible implications for the future development of Cosmotheism. — Ed.]

Physicists May Have Discovered a Fifth Force of Nature
The Jewish War Against Werner Heisenberg
Jews: Disloyal by Nature
See the Oldest Depiction of the Universe in Human History
Man as Sense Organ of the Earth, part 2
Scientists Did Not "Break the Speed of Light"
Our Eternal Purpose
Gods are Superfluous to the Creation of Universes
Tags:Big BangCosmologyPhysicsUncertainty principle 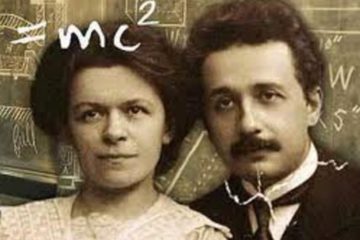 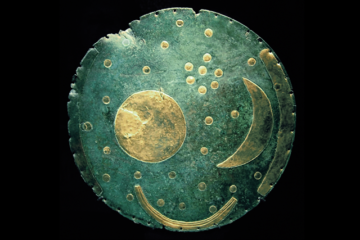 See the Oldest Depiction of the Universe in Human History

I recommend looking in to the Electric Universe, which hypothesizes that the Big Bang never occurred (and that black holes are imaginary grasps by ‘scientists’ to explain a theory that must use black magic, aka dark matter, to explain what they can’t understand).

“The religion fabricated by Paul of Tarsus, which was later called Christianity, is nothing but the Communism of today.”
https://www.satanslibrary.org/666BlackSun/Hitler_Quotes_Against_Christianity.html

This book is a sword of fire that, in the darkness of lies, illuminates the path for each of the peoples from now on. With the powerful Volotsky Sword, we will cut the slaves of Earth and build a fair and smiling world.    https://archive.is/PIIpv#selection-4035.0-4035.165

In the quote from John Wilson, the word “article” appears several times. It sounds as if the word “particle” was intended instead.

The Most Basic Fact of Existence