THE Londinium Press, publishers of America’s Decline, have kindly sent me a copy of a book just off the press in England, a new edition of The History of Christianity, edited by Dr. Tim Dowley of the Lion Publishing Co., assisted by three university professors (using the title in the American sense), and consisting of articles written by a large number of contributors.

I do not know the price, but it must be a very expensive book. It is printed luxuriously, with most of the illustrations in full color, even small pictures set into a column of text. A great many of its xxiv + 656 pages are spruced up with underprinting of pages or parts of pages in all the colors of the rainbow. It is not a handsome book — its designer too consciously strove for “modern” effects in violation of symmetry — but it is a lavish book and certainly a credit to the printers, Chinese in Hong Kong, since it is doubtful whether England and the United States still have the technical competence for such precise work.

I wish that I could also say something to the credit of the authors and editors of this heavy and ostentatious volume. Well, I can say that it does contain many interesting illustrations, that much of its information, such as the dates of persons who actually lived, is accurate so far as I could see while glancing through it, and that it contains a great deal of marginal information, much of it accurate so far as I noticed, that will be novel to persons who have never looked into the history of Christianity.

This work begins with several chapters of preliminary considerations of the present status of the religion. I note particularly a short section (grey) on Professor Kenneth Latourette of Yale, who claimed, in his five-volume History of Christianity in the Nineteenth and Twentieth Centuries that “the influence of Christianity has mounted and has never been greater than it is today [1966].” He was absolutely right, for he recognized that Christianity is the source and basis of Communism and the direct cause of such disasters as the “population explosion” and the suicidal mania of the Aryan race. That is a terrible fact that must be understood by everyone who would think seriously about the present, and I will commend the publishers for having permitted mention of Latourette to appear in the compilation. So there! Now I have done my best to find things to mention favorably.

The volume professes to be a history; it is one of the most dishonest publications that I have seen. It is an artful combination of apparent objectivity and recognition of critical scholarship in secondary matters with cunningly bland and unqualified endorsement of fiction that is cardinal to the Jews’ great hoax.

To review this bag of tricks, I would have to write a small volume, and I certainly shall not waste time on something so intrinsically worthless. I shall merely mention two instances of effrontery.

Readers are told, as an unquestioned and undoubted fact, the old hokum about wicked Nero’s persecution of innocent little Christian darlings, on which I have repeatedly commented, most recently in my review of Nicholas Carter’s excellent essay on The Late, Great Book in Liberty Bell, April 1986, p.59. The name of Chrestus does not even occur in the concoction that Tim Dowley wants us to accept as history.

We are regaled with the frowsty tale of the “conversion” of the Emperor Constantine after the “miracle” at the Milvian Bridge, which that notorious old liar, Eusebius, invented and put into circulation after Constantine was safely dead; and this canard is unblushingly told as history. Even to ask whether Constantine was ever “converted” to the superstition he found politically useful at times is to ask a misleading question.

Fortunately there is available in English an eminently readable and reliable work by a great and honest historian, Jacob Burckhardt, The Age of Constantine the Great, translated by Moses Hadas (New York, Pantheon, 1949; paperback, Doubleday, 1956). Burckhardt, at the opening of his Chapter IX, justly observes that “Attempts have been made to penetrate into the religious consciousness of Constantine and to construct a hypothetical picture of changes in his religious convictions. Such efforts are futile. In a genius driven without surcease by ambition and lust for power there can be no question of Christianity and paganism, of conscious religiosity or irreligiosity; such a man is essentially unreligious…. All of his energies, spiritual as well as physical, are devoted to the great goal of dominion, and if he ever pauses to think of his convictions, he finds they are pure fatalism.”

That is the historical fact, attested by all the historical events of Constantine’s career. What Dowley’s hirelings would have you believe is sheer poppycock, as false in terms of human nature as it is historically deceitful. The drivel in this expensive and luxuriously printed volume is either sucker-bait concocted with care to trap gullible Aryans for the evangelical head-hunters and their Jewish masters, or is the product of a mind that tries to decide whether the bad wolf really gobbled up Little Red Riding Hood or was killed and the dear grandmother popped out of his belly, not only undamaged, but debonair and gay. Such a mind is intellectually incapable of conceiving a third solution of the problem.

This book, by the way, is part of a series and is described as “A Lion Handbook.” I am sure I quote that subtitle correctly, because I have just looked again to make certain that the spelling really is ‘lion’ instead of ‘lying.’

Suicidal Blunder
New Audio Book: Commissary to the Gentiles, part 2
High Ideals
Crazy Glenn Beck: I Will Move My Operations to Israel as America Collapses
There Goes the Neighborhood
On Christianity: The Censored Section of the National Alliance Membership Handbook
Paul of Tarsus, or Christianity and Jewry
Who is the Enemy? The Illuminati Versus the Jews
Tags:ChristianityReviewsRevilo Pendleton Oliver 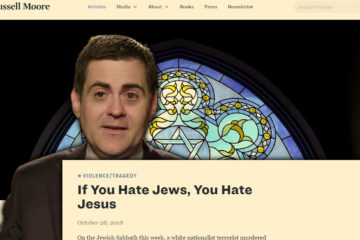 Traitors and Cowards in Christ 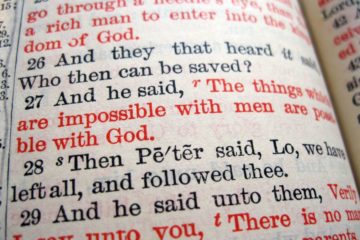 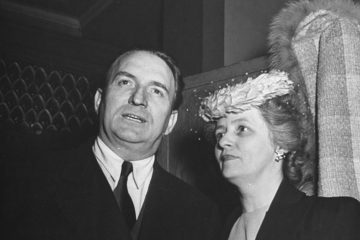 Information on the true origins of Cuckstianity can be had for free or very cheaply from Varg Vikernes (Thulean Library), Red Ice and Carolyn Emerick (Easter Tidings) on Bitchute, among others.

Information is out there, the main problem is that people don’t believe or simply don’t care about it! The great majority is like that.

It will require an intense process of indoctrination to change them.

Oliver wrote, “the influence of Christianity has mounted and has never been greater than it is today [1966].” To Christians, even greater than the sin of “denying the Hollowcaust,” is “denying the faith.” Oliver: “Christianity is the source and basis of Communism.” “Christian theology is the grandmother of Bolshevism.” -Oswald Spengler “Some may call it Communism, but I call it what it is: Judaism.” -Rabbi Stephen Weiss. “Anti-Communism is Antisemitism.” -Jewish Voice, July – August 1941 “Inside every Christian is a Jew” – Pope Francis “I am devoting my lecture in this seminar to a discussion of the possibility that we are now entering a Jewish century, a time when the spirit of the community, the non-ideological blend of the emotional and rational and the resistance to categories and forms… Read more »