WHAT IS a ‘digital Iron Curtain’? It is when Big Digital, as Professor Michael Rectenwald terms these “Western” Tech Goliaths, become ‘governmentalities’, using a word originally coined by Michel Foucault to refer to the means by which the ‘governed’ (i.e. ‘we the people’) assimilate, and reflect outwardly, a mental attitude desired by the élites: “One might point to masking and social distancing as instances of what Foucault meant by his notion of governmentality”, Rectenwald suggests.

And what is that desired ‘mentality’? It is to embrace the transfiguration of American and European identity and way of life. The alleged U.S. President Elect, the European élites, and top ‘woke’ élites moreover, are publicly committed to such “transformation”: “Now we take Georgia, then we change the world,” (Chuck Schumer, Senate Minority Leader, declared, celebrating Joe Biden’s ‘victory’); “Trump’s defeat can be the beginning of the end of the triumph of far-right populisms also in Europe”, claimed Donald Tusk, former president of the European Council.

In short, the ‘Iron Curtain’ descends when supposedly private enterprises (Big Digital) mutually inter-penetrate with — and then claim — the State: No longer the non-believer facing this coming metamorphosis is to be persuaded – he can be compelled.

“Regressive” values held on identity, race, and “gender” quickly slipped into a ‘heresy’ labelling. And as the BLM activists endlessly repeat: “Silence is no option: Silence is complicity”.

With the advent of Silicon Valley ideology’s ubiquitous ‘reach’, the diktat can be achieved through weaponising ‘Truth’ via AI, to achieve a ‘machine learning fairness’ that reflects only the values of the coming revolution – and through AI ‘learning’ mounting that version of binary ‘truth’, up and against an adversarial ‘non-truth’ (its polar opposite). How this inter-penetration came about is through a mix of early CIA start-up funding; connections and contracts with state agencies, particularly relating to defence; and in support for propaganda campaigns in service to ‘governmentalist’ narratives.

These U.S. Tech platforms have, for some time, become effectively fused into the ‘Blue State’ — particularly in the realms of intelligence and defence — to the extent that these CEOs no longer see themselves as state ‘partners’ or contractors, but rather, as some higher élite leadership, almost entirely Jewish or philo-Semitic, precisely shaping and directing the future of the U.S.

Their objective however, is to advance beyond the American ‘sphere’, to a notion that such an élite oligarchy eventually would be directing a future ‘planetary governance’. One in which their tech tools of AI, analytics, robotics, and machine-learning would become the mathematical and digital scaffold around whose structure the globe in all its dimensions is administered — and its dissidents hung. There would be no polity — only analytics.

The blatant attempt by Big Tech platforms and MSM to write the narrative of the 2020 “Facebook and Twitter U.S. Election” — coupled with their campaign to insist that dissent is either the intrusion of enemy disinformation, ‘lies’ coming from the U.S. President, or plain bulls*** — is but the first step to re-defining ‘dissenters’ as security risks and enemies of the good.

The mention of ‘heresy and disinformation’ additionally plays the role of pushing attention away from the gulf of inequality between smug élites and skeptical swathes of ordinary citizenry. Party élites might be notoriously well-known for unfairly enriching themselves, but as fearless knights leading the faithful to battle, élites can become again objects of public and media veneration — heroes who can call believers ‘once more unto the breach!’.

The next step is already being prepared – as Whitney Webb notes:

A new cyber offensive was launched on Monday by the UK’s signal intelligence agency, GCHQ, which seeks to target websites that publish content deemed to be “propaganda”, [and that] raise concerns regarding state-sponsored Covid-19 vaccine development — and the multi-national pharmaceutical corporations involved.

Similar efforts are underway in the U.S., with the military recently funding a CIA-backed firm … to develop an AI algorithm aimed specifically at new websites promoting “suspected” disinformation related to the Covid-19 crisis, and the U.S. military–led Covid-19 vaccination effort known as Operation Warp Speed …

The Times reported that GCHQ “has begun an offensive cyber-operation to disrupt anti-vaccine propaganda being spread by hostile states” and “is using a toolkit developed to tackle disinformation and recruitment material peddled by Islamic State” to do so … The GCHQ cyber war will not only take down “anti-vaccine propaganda”, but will also seek to “disrupt the operations of the cyberactors responsible for it, including encrypting their data so they cannot access it and blocking their communications with each other.”

The Times stated that “the government regards tackling false information about inoculation as a rising priority as the prospect of a reliable vaccine against the coronavirus draws closer,” suggesting that efforts will continue to ramp up as a vaccine candidate gets closer to approval.

Ahmed told the UK newspaper The Independent in July that “I would go beyond calling anti-vaxxers conspiracy theorists to say they are an extremist group that pose a national security risk.” He then stated that “once someone has been exposed to one type of conspiracy it’s easy to lead them down a path where they embrace more radical world views that can lead to violent extremism … Similarly, a think tank tied to U.S. intelligence argued in a research paper published just months before the onset of the Covid-19 crisis that “the U.S. ‘anti-vaxxer’ movement would pose a threat to national security in the event of a ‘pandemic with a novel organism.’”

Just to be clear, it is not just the ‘Five Eyes’ Intelligence Community at work — Jew-run YouTube, the dominant video platform owned by Jew-run Google, decided this week to remove even a rather namby-pamby Ludwig von Mises Institute video challenging aspects of U.S. policy on the Coronavirus. There were once thousands of vax-critical videos posted to YouTube. The vast majority of them, nearly all in fact, have been flushed down the memory hole, to be replaced by System-approved and platform-promoted videos “challenging the misinformation of conspiracy theorists.” The same thing has happened to videos challenging Jewish rule or racial policy.

China has “our” elites scared. Partly, it is fear that China will surpass the U.S. economically and in Tech quite shortly. It is no secret that the U.S., the UK and Europe, more generally, have botched their handling of Covid, and may stand at the brink of recession and financial crisis.

China, and Asia more generally, has Covid under much better control. Indeed, China may prove to be the one state likely to grow economically over the year ahead.

Here’s the rub: The pandemic persists. Western governments largely have eschewed full lockdowns, whilst hoping to toggle between partial social-distancing, and keeping the economy open — oscillating between turning the dials up or down on both. But they are achieving neither the one (pandemic under control), nor the other (saving themselves from looming economic breakdown). The only exit from this conundrum that the élites can see is to vaccinate everyone as soon as possible, so that they can go full-steam on the economy — and thus stop China stealing a march on the West. (There may be other, even more sinister, reasons for the mass vaccination plans, too, of course.)

But 40%-50% of Americans say they would refuse vaccination. They are concerned about the long term safety for humans of the new mRNA technique — concerns, it seems, that are destined to be rigorously de-platformed to make way for the “required” saturation of pro-vaccine messaging across the English-speaking media landscape.

The digital Iron Curtain is not just about America. Jewish oligarch-developed algorithms, and social media, saturate Europe too. And Europe has its ‘populists’ and state ‘deplorables’ (currently Hungary and Poland), on which our misrulers would like to see the digital ‘Curtain’ of denigration and political ostracism descend.

This month, Hungary and Poland vetoed the EU bloc’s €1.8 trillion budget and recovery package in retaliation for Brussel’s plan effectively to fine them for violating the EU’s ‘rule of law’ principles. As the Telegraph notes, “Many European businesses are depending on the cash and, given the ‘second wave’ of coronavirus hitting the continent, Brussels fears that the Visegrád Group allies” could hold a recovery hostage to their objections to the EU ‘rule-of-law’ ‘fines’).

What’s this all about? Well, Orbán’s justice minister has introduced a series of constitutional changes. Each of them triggering ‘rule-of-law’ disputes with the EU. The most contentious amendment is an anti-LGBT one, stating explicitly that the mother is a woman, the father is a man. It will add further restrictions on pervert couples adopting children, and it will confine “gender transition” to adults.

Orbán’s veto is yet more evidence of a new Iron Curtain descending down the spine of — this time — Europe. The ‘Curtain’ again is cultural, and has nothing to do with ‘law’. Brussels makes no secret of its displeasure that many Central and Eastern European member-states will not sign up to ‘progressive’ (i.e. woke) values.

These combined events point to a key point of inflection occurring in the Western polity: A constellation of state and state-extended apparatuses has openly declared war on dissent (‘untruths’), foreign ‘disinformation’ and opinion unsupported by their own ‘fact-checking’.

It takes concrete form through Big Digital’s quiet sanctioning and punitive policing of online platforms, under the guise of tackling “abuse”; through nation-wide mandatory re-education and training programmes in “anti-racism” and “critical race theory” in schools and places of work; by embedding passive obedience and acquiescence amongst the public through casting anti-vaxxers as “extremists,” or as “security risks.”

In turn, it advances an entire canon of “progressivism” rooted in critical (read: Jewish) “social theory,” “anti-racism,” and “gender studies.” It has too its own revisionist history (narratives such as the 1619 Project) and “progressive jurisprudence” for translation of the Jewish narrative into concrete law which will criminalize dissent.

But what if half of America rejects the next “President”? What if Whites refuse to accept their own genocide quietly? Then the Iron Curtain will descend with the ring of metal falling onto stone. Why? Precisely because those adhering to their “transformative mission” see ‘calling out’ transgressors as their path to power — a state in which dissent and cultural “heresy” can be met with enforcement (euphemistically called the ‘rule of law’ in Brussels). Its intent is to permanently keep dissenters passive, and on the defensive, fearing being labelled ‘extremist’, and through panicking fence-sitters into acquiescence.

Maintaining a unified Western polity may no longer be possible under such conditions. Should the losers in this struggle in the short term come to fear being culturally overwhelmed by forces that see their way-of-being as a heresy which must be totally purged, we may witness a powerful turn towards political self-determination. 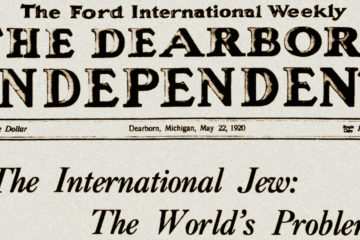 I have news for you. The “pandemic” has now replaced
the con game known as the “holocaust.” ((They)) gradually
came to the collective realization that since Goys easily
bought the “9-11 Osama Bin Laden” tale, the brain-dead
Goys will buy anything spoon-fed to them. With the new
year will have the sheeple lining up for their “flu” shots and
their “Covic-19” immunizations. It does not look good for
“reactionaries” who refuse to go along with this latest and
biggest of scams.