Heritage and Destiny is very sad to announce the death of our loyal friend, steadfast racial nationalist and campaigner for historical truth Richard Edmonds, who died this morning at his home in Sutton, South London, aged 77. He had been seriously ill with heart problems in recent weeks.

Richard was the backbone of British racial nationalism. A true Englishman but no Little Englander, much of Richard’s political energy was directed by his insight that historical truth was a prerequisite for political progress, and that the traducing of Germany for the past 75 years meant the shackling of the White race worldwide. Indeed he came to believe that unless the edifice of lies about the Second World War is consistently and courageously challenged, as he put it to Prof. Robert Faurisson’s translator and assistant Guillaume Nichols a few years ago: “Everything else is a waste of time.”

This entailed travelling to address rallies in Germany and France as well as tireless activism in the UK. Richard joined the National Front (NF) soon after the Uxbridge by-election of 1972, which confirmed that the NF was a serious organisation worth the dedication and sacrifice that meaningful activism would require.

He soon became party organiser in the racial battleground of Lewisham and a member of the NF Directorate. In the complicated internal politics of British nationalism, Richard was a consistent and loyal supporter of John Tyndall, NF chairman during the party’s best years. He became a founder member of the New National Front and its successor the British National Party under JT’s leadership from 1982 to 1999, for most of those years as National Organiser — effectively the party’s deputy leader.

After his place of work was exposed by Sunday Times journalists in 1988, Richard lost his job with Cable & Wireless but the company was forced to pay him a financial settlement as he had done nothing to warrant dismissal. With this money Richard purchased a bookshop in Welling, SE London, which became the famous BNP bookshop/headquarters.

Richard lived above the shop at Upper Wickham Lane. Those were times when physical attacks by violent anti-fascists were an expected part of life for active nationalists, and Richard was one of the prime targets. A letter bomb exploded at the premises in 1994, and the ongoing enquiry into Metropolitan Police undercover operations is expected to reveal further details of how state operatives targeted both the BNP HQ and its opponents.

It was a tribute to Richard Edmonds that the state and ‘antifascists’ combined to set him up for several months imprisonment at a crucial moment in late 1993 and early 1994. Three days after the election of Derek Beackon — the first BNP councillor — in September 1993, Richard was falsely identified and arrested at a BNP event in Brick Lane, East London. During his months on remand, state operatives advanced their plan to disrupt and divide the party.

During the 1980s and 1990s Richard was the main distributor of Holocaust News, a tabloid-style popular introduction to historical revisionism that reached a worldwide audience. He was always ready to travel across Europe to campaign for truth and justice, including campaigns focused on the trial of David Irving in Vienna, the release of Ernst Zündel in Mannheim, and demonstrations in support of Ursula Haverbeck, Horst Mahler, and Sylvia Stolz.

Richard was unusual in combining active historical revisionism with tireless electoral activism: first with the NF, then with the BNP, then back with the NF during the past decade, when he again served on the Directorate. Despite the ever-changing fortunes of nationalist parties, Richard was always prepared to travel to support branch activists, whether their meeting numbered a dozen or several hundred.

As the NF’s Lewisham organiser, Richard knew the stakes, telling the press that the party did not recognise any “no go” areas: “Clifton Rise is part of Britain, and we will march anywhere in Britain. This march is deliberately provocative. We are standing up for White people.”

Richard and the NF publicised an official police survey of street crime in South London which showed that 80% of the attackers were Black, and 85% of the victims were White.

Had he lived, Richard would again have been a National Front candidate at the Greater London Assembly elections, postponed from May this year to May 2021.

In 2018 — alongside Lady Michèle Renouf and H&D assistant editor Peter Rushton — Richard organised and spoke at a revisionist conference in Shepperton, West London, which turned out to be the final speech by the great revisionist scholar Prof. Robert Faurisson. Earlier that year he had been a scheduled guest speaker at the February 2018 Dresden commemoration where Lady Renouf was arrested. The text of the speech he would have given that day was published by H&D here.

Richard paid tribute to Lady Renouf’s courage in Dresden that day. Following her victory over the German prosecutors a few weeks ago, Richard wrote: “Brilliant. You faced the music, Michèle, and you won. Wonderful.”

At the 2019 NF Remembrance Day march to the Cenotaph, Richard completed a remarkable trek across Europe. Having spoken at a rally in Germany on the Saturday, supporting the jailed revisionist Ursula Haverbeck, he made it back to London in time to address the NF’s post-Cenotaph rally just off Whitehall the next day!

In a feat rarely seen among Englishmen, Richard was able to address a French audience in French and a German audience in German. In January 2020 he spoke in Vichy at the conference marking what would have been Prof. Robert Faurisson’s 91st birthday, delivering the Robert Faurisson International Prize to exiled French scholar Vincent Reynouard, and he was planning to record an update to his highly informative video made at the spot in Westminster where Zionist lobbyists plan to build a gigantic ‘Holocaust memorial’. Our commentary on this memorial (still being opposed at a planning enquiry) will continue Richard’s work for posterity.

The day before his death, Richard completed translation of a Yuletide poem by the German patriot and attorney Wolfram Nahrath, renowned for his defence of political clients including Monika Schaefer, Ursula Haverbeck, Horst Mahler, Bishop Richard Williamson, and Lady Michèle Renouf.

We had a comrade, you will find no better.

H&D’s Issue 100 to be published in a fortnight’s time will include a full obituary for our friend and comrade Richard Edmonds.

An archive of interviews with Richard Edmonds is at Sven Longshanks’ Radio Albion site.

It was a great experience to meet him, listen to him, talk to him, standing with him in front of a German prison, where he gave his legendary speech for the rights of freedom and free opinion.

In the name of my people, I have to thank him for his courage to raise his voice for us beaten and suppressed Germans.

I’m glad having had him in my house as a very special guest. A clear mind in a gloomy and dangerous time for all the European People. His constant demands to be awake, to look behind the ugly mask of the destroyers of the variety of cultures and people (the Bishop blamed them as “the enemies of God”), to learn about history in order to avoid any further wars in Europe and to stand together for a living future, now became an order of conscience for us all.

Wherever a place for the braves might be: You’ll meet him there.

We’ll march on, although your flag in life has to be pulled down now. Rest In Peace, Richard. With deference, — Wolfram Nahrath, Germany. 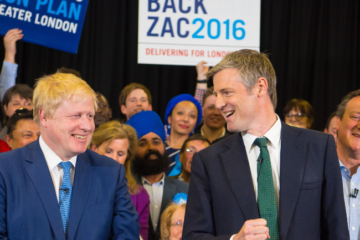 I had the privilege of meeting Richard a couple of times in the latter part of his life. For a man of great stature in the nationalist community I found him quite self-effacing. I remember him referring to someone else in the room that we were in as a philosopher and intellectual, while he was more of a pragmatic disposition. It is a great shame that at a time when there are signs of a nationalist reawakening his energy will not be around to give it impetus. Richard, Robert Faurisson, Ernst Zundel, George Lincoln Rockwell, are some of the proverbial giants whose shoulders the rest of us stand on.