WELL, half-Jewish Attorney General Barr came up good just when the Deep State (DS) needed him most. The tsunami of evidence indicating Zimbabwean levels of voting corruption must have had them worried. But the DS has people like Barr positioned for such eventualities. And boy did he come up, well, trumps. “There’s been one assertion that would be systemic fraud and that would be the claim that machines were programmed essentially to skew the election results. The DHS and DOJ have looked into that, and so far, we haven’t seen anything to substantiate that.” What speed and efficiency. Just a few days on the job and they have the evidence gathered, analysed and a verdict reached. And publicised on teevee. Could this be same DoJ/FBI that’s been — cough — evaluating Hunter Biden’s laptop for the last year to no visible effect? The very one. Pity Durham’s “investigation” didn’t demonstrate the same alacrity.

Can anyone be surprised that Barr has revealed himself to be a Deep State swamp creature par excellence? Well maybe I’m a unique genius but it was blatantly obvious to me from the beginning. A CIA careerist, confidant of Daddy Bush, a lifetime burying the Swamp’s dirt, his wife a personal friend of Mueller’s wife? His father the guy who gave Jeffrey Epstein his first job. Yeah, he was sure to drain the Swamp all right,

Which in turn raises the obvious question as to why Trump appointed him and kept him on the job even when his treachery became clearer with every passing day. I find it hard to believe that Trump could have been that stupid. So was he in on the deal, just going through the motions? Who knows? The likeliest explanation is that he was unable to get his loyalists through the confirmation process where The Swamp rules the roost. Irrelevant now as I think this move has delivered the election to Biden even if the SCOTUS agrees to hear the evidence. I mean, who will they believe — Trump’s personal legal team or the whole Establishment ‘justice’ apparatus, DHS, DOJ, FBI and the former head of national cyber security?

There might be one possible positive outcome arising from this latest outrage — that a critical mass of Americans will realise they no longer live in a democracy or a constitutional republic. Remember the Soviet Bloc countries could “vote” as well. And some had “opposition” parties and media. But all had to operate within a spectrum defined by The UniParty. Candidates or media that strayed beyond this spectrum couldn’t get the message across or get their votes counted. How much different are things in the USA (and most of the West, in fact) today? Under such circumstances your choice is to live as serfs. Or take your opposition outside the corrupt political system. As Jack Reacher said to the guys trying to whip him, “Remember, you wanted this.”

Fred Flinstone needs to be unemployed IMMEDIATELY, not that any DS replacement will make any difference. The whole damn department needs to be REFORMED.

Not to worry. Trump has appointed a Mr. Jeff Rosen to replace Barr. Another Jew. I don’t care too much about Trump, he brought his bad hiring decisions on himself. But, look at the mess he left us with. The country is beyond repair.

Alex Jones, Enrique Tarrio and The Pillow Guy lead a 15,000 strong army of Sco-tards and multiculturalists in DC pro-Trump rally that turned into a brawls with Antifa/BLM and at least one multiculturalist/Sco-tard stabbed. WNs should stand down and let these anti-WN clowns pummel each other:
https://www.dailymail.co.uk/news/article-9047641/Alex-Jones-says-Joe-Biden-removed-one-way-Million-MAGA-March.html 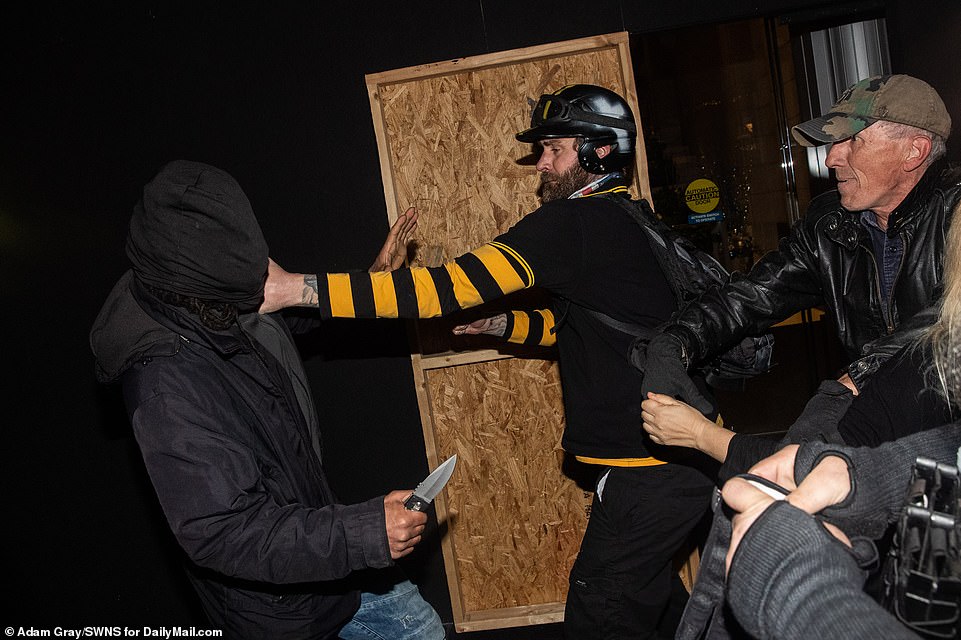 I think the host who invites Kevin on is named Sonny Thomas? Thanks!

americans
will realize
nothing