DNA evidence has shed new light on the origins of the Indian people, the Hindu religion, and the Sanskrit language.

Pastoralists of the Andronovo culture from the Bronze age steppe invaded India from the northwest and brought Indo-European languages to the Indian subcontinent.

These pastoralists were ethnically White people, and they mixed with Indians to create the modern genetic diversity of India. This theory has been developed over 200 years, and has often been attacked as a “colonial fable” or even as “Nazi propaganda,” but now genetic science has vindicated the Victorian scholars who said the roots of the Aryans lay in the Corded Ware culture of Europe.

As one observer notes, “You can take a stroll in Kashmir, Himachal Pradesh, etc., and you’ll find many European lookalikes.”

Savitri Devi Archive
The Indo-European Dragon-Slayer Myth
Who We Are #22 -- The Age of Exploration and Colonialism
Cui Bono?
Nordic Boats and Aryan Chariots
The Roots of the White Man
Will Brexit Mean More Asian Immigrants?
Kleptology
Tags:Aryan ConquestAryansIndia

Monty Python's Terry Gilliam: ‘I’m Tired of White Men Being Blamed for Everything Wrong with the World’ 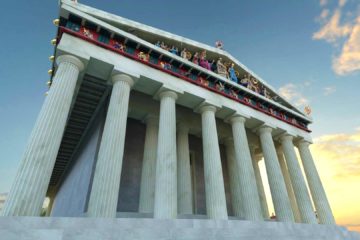 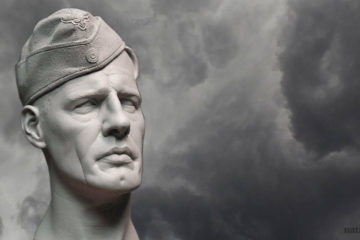 The Aryan Way: Perception Is Reality 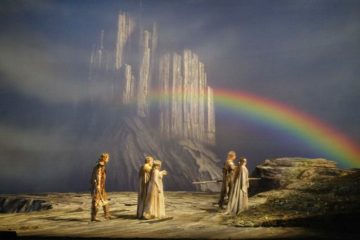 Apparently Indian communities in California have successfully lobbied to have the “Aryan Invasion” removed from the public schools, simply because they don’t like it. It did occur and affected the world, and certainly India. This is the reason that Icelandic and Sri Lankan, two peoples who one would think would have little in common, are both part of the Indo-European language family (due to continued linguistic migration and diffusion).

Yeah, fine, but problem is the term “Indo-European” is not only a misnomer, it is actually based on very bad science that simply does not add up. I usually do not cite Wikipedia articles because the site is infested with jews and their falsehoods, but this time, on this very subject, the text is revealing and surprisingly very honest about the “Indo-European” scam. In short: We should STOP referring to such a thing (indo-european). It simply doesn’t exist, it never REALLY did. If there is such thing as “indo-european studies” today that is only because some “very powerful interests” want it to exist, just like “jewish studies” and “afro-etc studies”…

They ignore all the evidence when the evidence overwhelmingly supports the Aryan Invasion which most certainly did happen.

Those of you really interested in real and true histories of mans existence check out Robert Sephers jewtube channel and find his very good collection of presentations. Hours of enjoyment can be had if you’re into this sort of thing. As a trained anthropologist he really presents very good content.

There is still an approximately 100 year old German book, its titel: “Die Arier Asiens” (The Aryans of Asia). Aishwarya Rai belongs to this type. European race characteristics shape her body reflect her mentality. I think this type of person could be biologically integrated into a racially progressive White society. After an eventual victory, we – of course – have to develop an exact racial science. Until then, healthy instinct will help us.

Savitri Devi was convinced of our kinship with the Aryans of India. She was there during the war and saw Jewish “refugees” accepted by the British into their clubs while they simultaneously rejected the Indians whose features were like their own, unlike the alien features of the Jews’, and whose skin was often “no darker than an Italian.” I too am in no doubt that some Indians should be accepted as full members of of the White race, since some are actually more pure than some Europeans. I actually have much more to say on this subject, but let me leave it for the moment with a better picture of the beautiful Mrs Rai which better highlights her blue-green eyes. 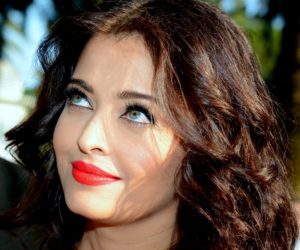 Biologically that is a mongrel.That dark mongrel would stand out a kilometer away in a group of my nationals.

So, since the Rg Veda came from the Aryans, we are more amenable, perhaps genetically, to the religious practices and beliefs of these ancient peoples, beliefs such as reincarnation, karma and the practice of yoga?

Perhaps we are also more genetically amenable to violence, since those people from the steppes were generally violent and merciless?

Well, four or five thousand years ago most of the near and middle east were devoid of Arab, Turkic, Hebrew, Afghan, Persian, or Mongolian types. Pure Teutons migrated down from north of the Himalayas into what is now Iran, which was inhabited by a Mediterranean people, and this formed the Aryan civilization. Then their descendants migrated into the Indus Valley, and into India, where the dusky Dravidians worshipped them to such an extent that they took everything they could from them: DNA, language, technology, spirituality, etc. When the Aryans eventually disappeared, a whole caste system was formed based on this worship. They had a whole religion partly based on that of the Aryans, and were very dedicated to it. Like Blacks in America, they developed a very strange manner of… Read more »

Thanks for the reply. I know that Zarathustrianism has more than a few similarities with Vedic religion.

I guess that the musical group, “Dublin to Dehli”, or something like that, is not too far off the mark.

It wasn’t until I seriously started to research the Aryan Migration Theory that I believed it to be done and dusted, and consigned to the waste bin of rotten ideas long debunked. Indeed, a quick search on the internet and you’ll find things like the collapse of the AMT, the death of the AMT myth, and the final nail in the coffin of the AMT. This is all over the place, and one would think on initial impact that this was the case, and vastly agreed upon. Well, I have taken up serious study, from both sides of the argument, and I have to say that is is far from the case. I would go as far as to say that the complete opposite is true. Just as shouting the… Read more »