IF WATCHING a Midwestern city burn to the ground over a Negro criminal who couldn’t even be bothered to die isn’t satisfying your wildest “decline and fall” fantasies, there’s always the Republican Convention. We’re all looking forward to the phony tough guy’s amazing fiddle performance, but until then we’ll just have to settle for sickening worship of our Jewish enemy and the precious Negro monster. It’s really hard to believe how optimistic about Trump I once was. The transformation into a more vulgar version of Jeb Bush is complete; the big draw is now “At least I’m not voting for a senile Trojan Horse who will completely destroy the country my ancestors built.”

Republicans opened the second night of their 2020 convention with a message of prayer for Jacob Blake — the Wisconsin father of three shot seven times by a police officer on Sunday.

Father of three, devoted family man, definitely fully human, he didn’t do [anything] and was brutally killed by “racist” police. Here’s the Loser Party to parrot this kosher nonsense, now that there’s no longer any record low “African-American” unemployment following our national psychotic break earlier this year. We must pray to the gaping maws of Moloch on behalf of a vile creature who enjoyed siring bastards, beating the “baby momma” and ignoring instructions from “racist” authorities. This scumbag tar monster is our hero at Elephant headquarters. Vote Trump, it’s really going to do a lot of good.

Norma Urrabazo, pastor of the International Church of Las Vegas, delivered the holy message, inviting those watching “to join your faith in mine, and let us pray in agreement.”

Conservatism, the long shadow trailing after Semitic tyranny. Ogga Booga here will be delivering a holy message praising the dark criminals picking at the ruins of our globalist bodega. What are you going to do, vote for the Evil Party? It’s time for a third alternative.

“Lord, we come before you to ask for your spirit of peace to come over hurting communities in Wisconsin tonight. We pray for healing and comfort to Jacob Blake and his family,” Urrabazo prayed, referencing the 29-year-old black man currently in a Wisconsin hospital after being hit with bullets in his stomach and spinal cord.

Terror of the desert who devours children, may your vile appendages embrace the creature straight from a nightmare. Warm us with your blazing belly, consume the innocent in flaming jaws dripping the foulest ichors. Go to the Cheese Hospital and save the tar monster. We will sacrifice everything to your horrific presence, just keep giving us the shekels and power to rule over the goyim.

The Nevada pastor went on to pray for police officers protecting the streets in the wake of rioting over Blake’s shooting.

Yeah. It’s a little late for that, dawg. Texas is about to turn “Blue” and end any hope of another Republican President. Let it die.

“We pray for your protection over those who put their lives in harm’s way to bring safety and security to our streets,” Urrabazo said.

Tuesday’s opening prayer marked the first time Blake had been mentioned during the convention, just two days after his shooting captured national attention.

For reasons unknown, this pathetic tale of Negro pathology dominated the news cycle, while White children being murdered by these same worthless simians is routinely ignored. It’s really an amazing coincidence.

On Monday, two prominent RNC speakers referenced George Floyd, the 46-year-old unarmed black man whose death at the hands of a police officer sparked months of protests and riots.

We haven’t given up on that kosher lie, don’t worry. After resisting arrest it overdosed. This very basic fact has been completely ignored to promote the latest sickening round of Jew-promoted afromania.

“From a global pandemic, to the deaths of George Floyd and Breonna Taylor, 2020 has tested our nation in ways we haven’t seen for decades,” Sen. Tim Scott said during his remarks.

We lost our mind, soul and testicles. A corrupt racial headcount is not going to fix anything.

He’s definitely “our guy” and a secret Fascist. No, really.

“All men and women are created equal and must be treated equally under the law. That’s why we must put an end to racism, and we must ensure that any police officer who abuses their power is held accountable.

You know the thing. Can someone explain why any White person should support a party of debased Negro appeasement and slavish devotion to Israel?

“What happened to George Floyd is a disgrace. And if you know a police officer, you know they agree with that, too,” the president’s eldest son said.

This isn’t true, of course, but I’m a cowardly opportunist, so I’ll just agree with the communists because this is fourth dimensional chess and definitely not cowering before the Jewish puppeteers so those delicious crumbs will keep falling off their plate to dogs like myself.

However, he added, “We cannot lose sight of the fact that our police are American heroes. They deserve our deepest appreciation. Because no matter what the Democrats say, you and I both know when we dial 911, we don’t want it going to voicemail. So ‘defunding’ the police is not an option.”

This gutless and schizophrenic policy is definitely going to prevent another Civil War.

The Jew Battalion
Restoring the Republic
Republicans are the Party of Death
Rand Paul's Lesson from Aesop
On the Cusp
The Snow Queen Sells Us Out
Failed Candidate Justin Fareed is Now "Rising Conservative Star" After Cash Infusion from Jewish Nur...
The Giuliani Syndrome
Tags:ConservativesRepublicansUS politics

Not that makes much difference to me by now, since i saw many suspicious things around Trump, but could this be??
https://www.bitchute.com/video/Ywdb6f0jJV9s/

The good news is that White, heritage Americans have a true hero to rally around, the patriot Kyle Rittenhouse who watered “the tree of liberty, which must be refreshed from time to time with the blood of patriots and tyrants.” Lin Wood, who defended Nick “Covington Kid” Sandmann, will lead the defense of this brave kid. All three victims were felons, convicted sex offenders, pedophiles, the cream of the crop. Some, maybe all, were Jewish. Good riddance. Rittenhouse showed bad judgement going out on the street, but I am glad that he survived the attacks that demonstrate the cowardly “pile on” that is so typical of the sick society we are obliged to make our way in.

Thank you for this burning beacon banishing all shadow of temptation toward complacency. Let this pathetic display of cowardice by the repugnant traitor-con party be the nadir, let us bundle up around the strong axes and chop our way out of this kosher sandwich forest of doom. And create our own choices. To those like me who understood but were afraid to do, ha still am afraid, you are not alone in that fear, but so what? Just begin, just do something white positive, then do it again. Does it feel like something greater than you is pulling you under, pulling you forward in spite of your fears? Don’t worry, even if it kills you it is the thing that will finally make you live — live before you die… Read more » 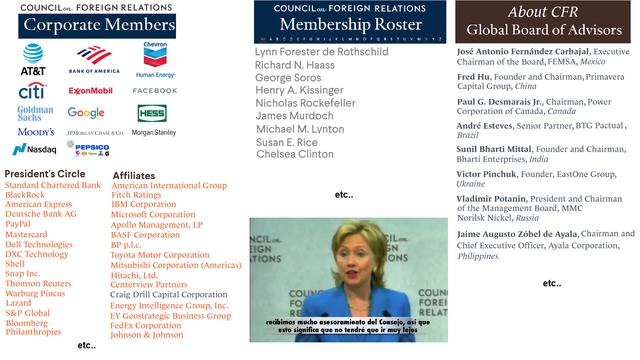 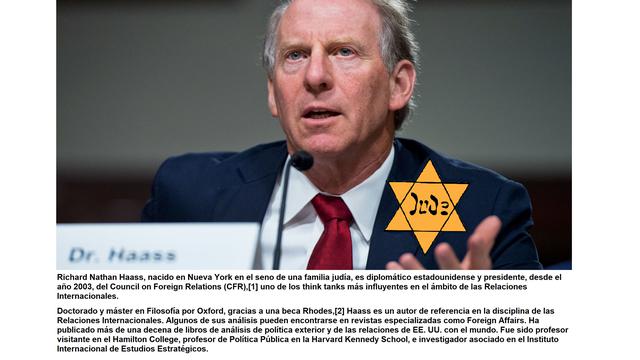 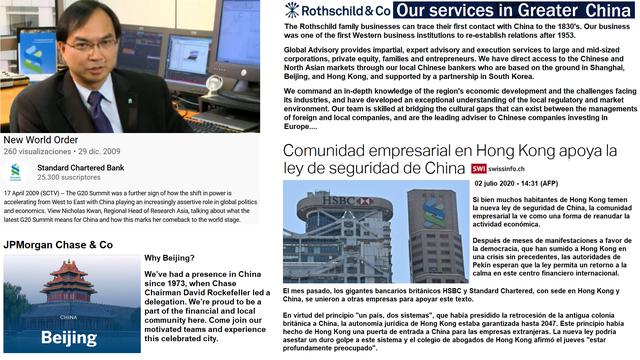 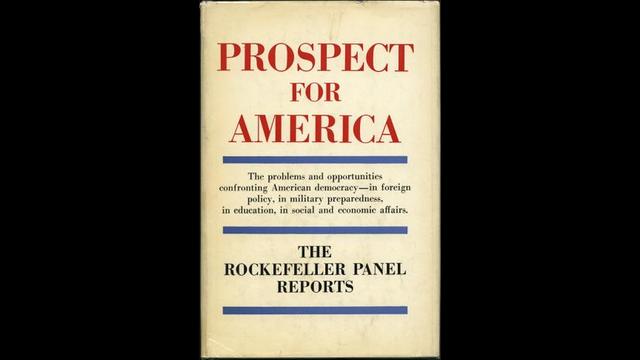 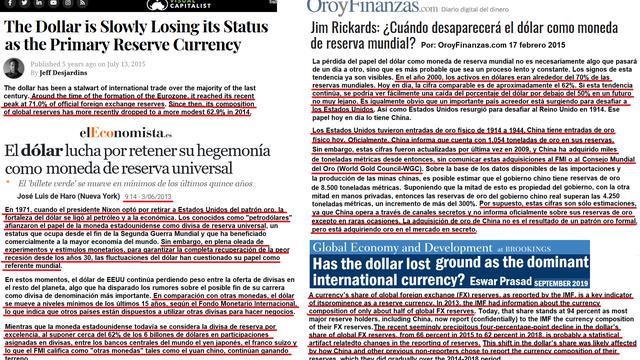 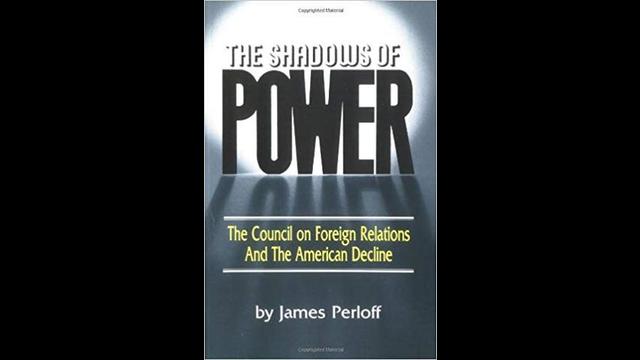 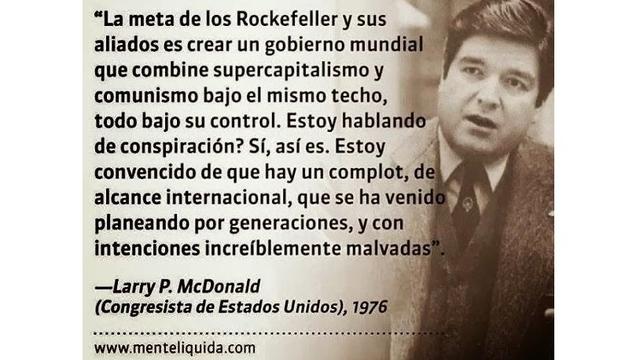 I see in the comment section a “Karen” from the ADL? Yes, National Vanguard you do allow freedom of speech by almost #1 hate group in the USA. Yes, our 2 party system in the USA has both parties working for the ethnic group sponsoring hate. The jew of i$rahell.

In 2000 we did have a Green Party candidate that could have changed the USA and the world, Ralph Nader. Sorrily, he did not make it. Today the Green Party has done a complete reversal, supporting George Soros the jew, the anti-fa and riots.

I do hope you can read my sign on the enemy within. Almost everywhere we are confronted by their lies, propaganda and killing. It is the N(j)ew World Order.

I am quite certain that the estimable Karen above is not only not from the ADL, but is an excellent truth-teller, exposer of Jewish crimes, and activist for Whites.

When I initially read her comments, they were surrounded with an ADL advertisement. Forgive me Karen (and Kevin) if I erred. I will try and get back to the original.

Sounds like you have some malware on your computer, David. We allow no such ads on this site.

My photos were removed and there is a monkey in their place. I uploaded the photos to demonstrate the fact that the ADL is already in the process of smearing Kyle Rittenhouse as a “White supremacist”, that the ADL calls the killings “Anti-Semitic” even though Kyle Rittenhouse would have not had time to figure out his assailants were Jews, that the ADL plans to start an indoctrination program for middle school kids on the horrors of Kyle Rittenhouse and his decision to save his own life, and that the ADL took no responsibility for the well documented criminal backgrounds of the people Kyle was attacked by. Total hypocrisy on the part of the ADL. That organization needs to go! To fight these people we have to know what they are… Read more »

To Karen: No, I thought your post was fine and we did not alter it. It looks like the company that was hosting the original images removed them, and they just use that silly monkey image on their “404 not found” page that you get when the files have been deleted. To David: I take back what I said about malware. You were just seeing the original images, which were from the ADL apparently, but Karen was putting them up to expose the ADL’s latest lies.

I couldn’t find info on the ADL conference on 8/28 3:00 pm referenced by Karen’s attachment to her comment, checking:
https://www.adl.org/education/resources/tools-and-strategies/table-talk
https://www.adl.org/education-and-resources/resource-knowledge-base/adl-tracker-of-antisemitic-incidents
https://www.adl.org/press/press-releases
https://admin.flipgrid.com/discovery/partners/37
https://twitter.com/ADL_Education
https://twitter.com/ADL
or a google search on
“the anti-semitic murders by white supremacist kyle rittenhouse”
There is plenty of fear-mongering by jews for jews and PC indoctrination for the rest of us on many of those sites however.

My original photos were scrubbed. I assume that the ADL discovered that all three of the victims were felons and it was decided to cancel the program.