LOOKS LIKE the “White supremacists” are at it again. We’re looting for “justice” for some groid who got winged by the evil “five oh.” Watching the footage I think it’s clear what needs to be done: a lot fewer rights and more humiliation rituals aimed at a vanishing White population.

Chicago Police Superintendent David Brown said as of Monday morning, responding units have arrested more than 100 people so far on charges ranging from disorderly conduct to battery against police.

All of these worthless animals will be released unpunished by District Attorneys installed with Soros shekels. Our country has a bright future.

He added that 13 officers were hurt in the unrest, including a sergeant struck in the face with a bottle and an officer who had his nose broken while scuffling with a group of looters.

The rich and vibrant “diversity” of thousands of identical looking and behaving monsters running wild sure goes down smooth. How about a brown paw to the face?

“This was not an organized protest. Rather, this was an incident of pure criminality,” Brown told reporters. “This was an act of violence against our police officers and against our city.”

I’m not sure how you made this determination, considering all the “peaceful protests” looked exactly like this latest idiotic all against all we just watched.

Brown also said a security guard and a civilian are now in critical condition at a local hospital after being hit with gunfire during the looting overnight, and he said that five guns in total have been recovered.

You’re doing a heckuva job, Brownie. We will win this battle against inanimate objects, just you wait. Also, we’ve got some individuals who were chewed up and spit out by the latest afromania, but the important thing is the removal of dangerous guns which you absolutely don’t need to own.

“I, for one, refuse to allow these cowardly acts to hold our city hostage,” Brown said. “CPD will not stand by as our beautiful downtown becomes some place that people fear.”

Brown says he has now ordered detectives to comb over high-definition footage of suspects and vehicles from the looting scenes, suggesting that more arrests are coming.

We’re carefully studying the brown blobs involved in this bongo party. We’ve almost reached the level of technology where we can actually differentiate between tar monsters.

Social media users posted videos of hundreds of people looting stores such as Nordstrom, Walgreens, Macy’s, Coach, Gucci and Louis Vuitton. Some even exchanged gunfire with police at one point, although no officers were injured in that incident.

“Absolute chaos in downtown Chicago with more overnight looting and vandalism in the Loop,” tweeted Ryan Baker, an anchor for WBBM-TV. “Appears to be coordinated effort with minimal police presence.”

It’s like a joyous caravan. These are fully human concerned citizens fighting for a better world. They just shot me, but I could tell it was done in a playful fashion.

The unrest began Sunday afternoon after police responded to a report of a man with a gun in the city’s Englewood neighborhood. While being pursued by police, the man, who was on foot, “turned and fired shots” at officers before being struck himself and taken to a local hospital, Deputy Chief Delonda Tally told Fox 32 Chicago.

Another completely innocent and angelic Wakandan national who clearly didn’t do [anything] is brutally attacked and given free medical care by a hopelessly “racist” system that needs to be destroyed in favor of endless moronic destruction presided over by the ruling Jew.

A crowd that had gathered at the scene then faced off against police and started hurling objects at officers after getting agitated over a false rumor that the suspect – who is 20 years old – was a child, investigators add. Brown says the suspect previously has been arrested four times for charges including burglary, child endangerment and domestic battery.

Now they’re shooting pickanninies. The dusky adult baby faces a temporary interruption in its appalling behavior. Too bad it looks like this monster is going to live, it could have had a gold coffin, four funerals, its ugly face all over the talmudvision, a creepy hologram, Jew-puppets kneeling, etc.

What Haiti Proves
Rabbi: It Is Moral for Jews to Kill Civilians and Children
UK: Black Preacher Suspected of Murdering White "Wife"
Black Violence Epidemic: 23 People Shot In Brazen Miami Attack, Police Have No Suspects
Blacks Accused of Murdering a White Man Laugh During Their Trial
Nigerian Cuts Out His Friend's Beating Heart for Use in "Advanced Fee Fraud" Magic Ritual
The Show Must Go On!
Do Non-Whites Have an Inherent Distrust of Whites, and Vice Versa?
Tags:Black behaviorBlack CriminalityChicagoDiversityViolence 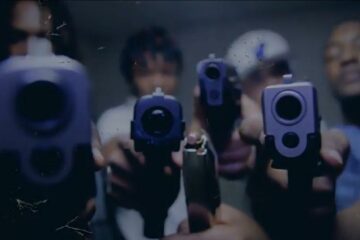 Wow, Facts Are so Racist!

So Diversity isn’t working out as promised.

Don’t you wish you could’ve got involved, become a pro-White activist, and contributed something useful and lasting to turning this situation around and getting Whites back on a progressive track while there was still time?

It’s not too late, http://www.natall.com

Negroes “take things.” That’s all they can do. They never add anything. In particular, they don’t construct things. If you ever want to go to a place where there are no Negroes, try Home Depot or Lowes. Only if they’re in the employ of a company would they be caught dead in a place like that. Often they are nothing more than pests in the workplace. I would give credit to the Negroes who have the will power to be responsible in any job which requires any real skill or mental stamina, because that goes contrary to their base nature. Nobody in America works harder and is more industrious than the Amish. Not just in farming, but in crafting and manufacturing. The Amish have one charity above all others, and… Read more »

Ok lets be honest here ,most of these department stores and chains being hit are grabbler owned (where i am they hit Neiman Marcus Saks 5th av and Starbucks and Mens Warehouse to name just a few,ALL JEWISH , JEWISH FOUNDED , AND JEWISH OWNED) i could give AF if their pets are robbing their own stores but we all know this is all prearranged jewish lighting as leaked documents from the Baltimore riots prove it’s all prearranged and the merchants are getting not only the insurance money but extra money from Soros , and probably our tax money from ZOG as well to participate , these businesses were already insolvent well before the oy yid 6,000,000 virus it’s a microcosm of what these nation wreckers are doing to America… Read more »