JOHANN Wolfgang von Goethe devoted half the Eighteenth Century
To a whole new approach to reality —
Nature is alive, not a bloodless mechanical toy
Or a bland, empty black void.

Johann is known as a poet but most of his tomes
Spoke mostly of chemistry and physics and little of poems.
Yet, in poetry Goethe seeded ur-words to birth vital truth:
We are trees, nature the root,

Organic dew-laced life ever creating
New forms and shapes interrelating
To eventually crown a momentous peak-point when
Godhood is reached and the Whole chorus repeats again.

Ezra Pound: Jew-Wise Poet and Political Prisoner
Tomorrow's Religion
Hawking: Computers Will Overtake Us -- But When They Do, Will They Have "Goals Aligned With Ours"?
Frequently Asked Questions about the Cosmotheist Community Church
Sentience of the Universe
Götterdämmerung
Winning
American Dissident Voices: What is Right and What is Wrong
Tags:CosmotheismGoethePoetryRay 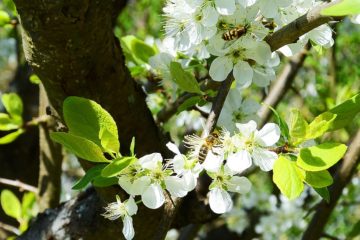 God Speaks from Every Apple Tree

That is good stuff