THE JEWS own Google. What began as an objective and very comprehensive search engine has been turned into a weapon against Whites. Google is so powerful that many other search engines actually use Google without you fully being aware of it.

My own thinking is that we Whites need to create our own search engines in the future. Great harm is being done by naive Whites continuing to use Google, and thereby getting a very skewed vision of reality, intentionally filtered by Jews to facilitate our genocide.

In 2017, the ADL published an article on their Web site entitled “Facebook, Google, Microsoft, Twitter, and ADL Announce Lab to Engineer New Solutions to Stop Cyberhate.”

They opened their article with the following statement: “Facebook, Google, Microsoft, Twitter and other leading technology companies are joining with the Anti-Defamation League (ADL), the world’s leading organization combating anti-Semitism and hate of all kinds, to establish a Cyberhate Problem-Solving Lab to counter the growing amount of hate speech online. [When Whites oppose their own genocide, Jewish groups and their employees call it “hate speech.” — Ed.] Engaging engineers and focused on technical solutions, the companies and ADL will collaborate to exchange ideas, investigate areas of common risk and opportunity, and seek to devise new approaches to identify and address cyberhate.”

Dr. David Duke informed his audience in 2018 of the results he obtained when he did a Google search for “American Inventors.” You can see the results below.

The Andrew Carrington Hitchcock Show informed its audience of the results of a Google search for which a guest on the show entered the words “White Only Women With Children,” which you can see in the image below.

The program received an email from one of its listeners which reads as follows, “Try this on Google, ‘Historical Europeans,’ and have a laugh.” On that basis I did a Google search, and again you can see the results in the image below.

I decided to run three more Google searches of my own. Here are the results for the search term “White Couples.”

Here are the results for the search term “White Women With Their Boyfriends.”

Here are the results for the search term “White Men With Their Girlfriends.”

These image searches show dramatically what Jewish Google is doing, and what Jews in general are doing to our societies. But even more important than these images are the de-ranking Google has done to alternative media that point out Jewish crimes and possible solutions to the ongoing genocide of White people — https://nationalvanguard.org and http://leofrank.info are just two examples of sites representing years of work by dozens of people which used to rank on Google’s first page for many searches, but which have now been relegated to nothingness or to back pages that almost no one sees.

Flawless Logic Search — a pro-White search engine by the National Alliance team based on selectively tapping into Google’s database — is a small step in the right direction, showing White brilliance at work. Science and technology are our friends, and we must just keep using them to the maximum. The National Alliance’s people seem to have pulled off a brilliant feat.

The Hoopla About the "Alt-Right"
Jews are Certifying Latinos as Jewish to Gain Spanish Citizenship
Slouching Towards Nuremberg
Parasite's Folly
Jared Kushner Will Be Senior Trump Advisor
Jewish Shock Jock Howard Stern: "Roger Waters Needs to Shut Up About the Jews"
Jewish Professor: Pornography Used by Jews as a Weapon
NBC, Comcast, and What We're Really Up Against
Tags:anti-whiteanti-White propagandaGoogleJewish powerJews

Along the same lines :
Examine the display of options of “people icons”‍♀️‍♂️
95% are POC.
No blondes paired as a couple.
Blond Male on one screen then on another screen has a single blonde Female.
I’ve noticed this and other subtle things.
You will too when you simply look.

I don’t even need to look. I have no doubt about this.

Did not even know about “Flawless Logic Search”! Great idea.

But as far as the Jews—they always gain our trust and then lead us into an ambush. They are very patient. On TV, they started out with “Ozzie and Hariet” etc. and then sprung “The Love Boat” on us, and that was quite mild compared to what we have today.

Internet service providers are now blocking sites that advise awareness of jewish hatred of whites. You need to phone and speak to them about removing the ‘child protection’ filter that they have placed on particular sites – so it exposes yourself and what you’re trying to access.

This might become irrelevant very soon when they flip the switch that turns off the internet.
All of it.
Poof! – Gone like it never existed at all. Along with your bitcoins, bank accounts, data, everything.
Back in the 1970s, the internet was limited to a few dozen eggheads around Palo Alto/San Mateo and they can make it that way again, especially if you don’t take the vaxxx.
I, for one, won’t miss the internet.

Except for when you decide to comment on NV articles, right!

An anti-Jewgle search engine might show all the Jews under a ‘Great genocidalists.’ search

Instead we have a “president” trump that wants the death penalty to all who question jews. Openly calling for the slaughter of all termed “anti-semitic” . Trump is a fake scotsman along with all freemasons . To all you white people who think trump is the answer open your eyes, he surrounds himself with jews . To stand with “israhell” = open treason . Anyone who associates with the black hates is a traitor,including putin . Putin is a false “hope” they are pushing on white people.

I’m glad you mentioned Jan Lamprecht, he does great work for our cause. Also a fellow South African. 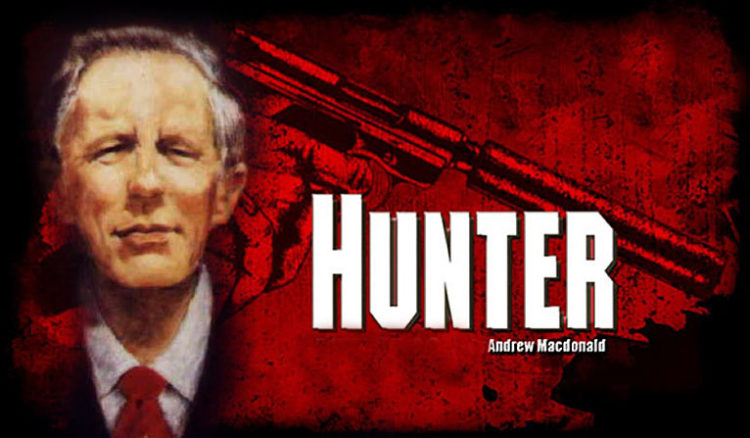