A Brief History of Virulence

THIS coronavirus pandemic needs to be kept in perspective. The tribe in particular has a virulent need to Jewsplain.

Why Trump’s ‘foreign virus’ speech is as dangerous as coronavirus itself, by Aviya Kushner, The Forward, 12 March 2020:

“This is the most aggressive and comprehensive effort to confront a foreign virus in modern history,” Trump said.

The idea that outsiders or foreigners are both dangerous — and dangerous to health — is straight out of the Nazi playbook.

“A key part of Nazi ideology was to define the enemy and those who posed a threat to the so-called ‘Aryan race,’” the Holocaust Museum states on its website. “Nazi propaganda was essential in promoting the myth of the “national community” and identifying who should be excluded. Jews were considered the main enemy.”

Of course, the strategy of blaming someone else — namely, the “outsider” in a society — for a pandemic is at least as old as the Middle Ages, when Jews were blamed for the Black Death.

“In 1348 there appeared in Europe a devastating plague which is reported to have killed off ultimately twenty-five million people,” Fordham University’s Jewish History sourcebook explains. “By the fall of that year the rumor was current that these deaths were due to an international conspiracy of Jewry to poison Christendom.”

After the Black Plague ended, the idea of tarring the “foreigner” for widespread death persisted. In his chilling article “Immigration, Ethnicity, and the Pandemic,” Dr. Alan Kraut traces how immigrants were historically blamed for pandemics.

“In the 1830s, impoverished Irish immigrants were stigmatized as the bearers of cholera,” Kraut writes. “At the end of the 19th century, tuberculosis was dubbed the “Jewish disease” or the “tailor’s disease.”

The “Jewish disease” doesn’t sound so different from the “foreign virus.”

At times, Trump’s speech sounded like a paean to the economy, peppered with comments on a virus. Despite Trump’s ample praise, stock futures dropped precipitously after he spoke about banning people and goods.

That, too, is something Jewish history knows about — economic crisis is also often pinned on outsiders. When the economy shudders, there will again be a need to blame someone, preferably someone foreign, someone who is not part of the “family,” as Trump put it.

Given these statements by world “leaders,” it’s no surprise that racism and xenophobia are on the rise, and that anti-Semitism related to the coronavirus is already spreading.

It may be hard to pay attention to language at a time like this, with infections and deaths increasing, and travel bans going up everywhere. But history suggests that the term “foreign virus” and its hateful implications may be as dangerous — and perhaps more dangerous — than the coronavirus itself.

Scapegoating is a Jew word for a characteristically Jewy behavior. It’s what the Jews’ kapparot ritual is about. It’s what this Forward article is about. It is a ritualistic recounting of the historic narrative whereby Jews shift the blame for their virulent Jewing onto their hosts. It is offered as justification to do so again now.

As was the case with Jeffrey Epstein, articles like this reveal what Jews are thinking, even if most won’t say it out loud. They are all concerned that their tribe might get blamed, even the ones who are pushing a totally de-Jewed narrative shifting blame onto someone else. The Forward article lays out the why and the how.

Every Jew knows that the current regime’s virulently anti-White agenda to psychopathologize “racism” and “xenophobia”, to tear down White defenses, comes directly from the Jews. They know the “New World Order” is a Jew world order. They know that whenever Whites think about what’s good for ourselves, that’s not good for Jews. They say as much not just here, but whenever they try to Jewsplain their attacks on Whites.

To see why they feel justified doing this you can simply unpack the historical Jew complaint and apply it to themselves. They see non-Jews as goyim. Goyim is their word for foreigners, outsiders, non-Jews, the opposite of Jews. They are scandalized that the goyim would ever reciprocate and see Jews likewise. The goyim who are doing what’s best for goyim are failing to do what’s best for Jews. No need to unpack this, to a Jew such a thing is just unthinkably evil.

You may have heard that the Jew cries out in pain as he strikes you. Maybe that saying makes you chuckle. You may not fully appreciate what it means. Why does the Jew cry out? It is because he knows he’s striking you. He knows you don’t like the harm he’s causing you. He knows you might also come to know these things. He’s worried you will retaliate. He sees your getting angry as the real problem. He knows his crying out confuses you. He wants you to mistake him for a fellow victim, the real victim, and blame someone else, even yourself.

Most of the time this trick works. Historically speaking, pandemics and pyramid scheme collapses are rare, and goyim uprisings rarer still. Through it all, and everything in between, the Jews screech that “anti-Semitism” is a virus, that it is the goyim who are diseased.

How can Jews blame goyim for what Jews do? How can Jews pose as “white” while condemning nationalism for Whites and celebrating nationalism for Jews? How can Jews pose as powerless victims while dominating banking and media and politics and literally dictating what everyone else can say? I still sometimes wonder how these arguments of theirs fly. Then I realize they aren’t arguing about any of these things. They’re moralizing. They argue only about what’s best for the Jews, they don’t argue about that premise. They mercilessly attack anyone who even questions it. That’s how Jewing works. It really is that simple.

Interference in the Political Process 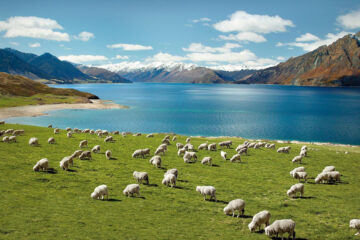 Also, the Jews always start at the top. Perhaps the term Goyim refers more to the people at large while they focus on subverting the white leaders, and with the elevation of William of Orange, they decided they could not recruit but rather make the white leaders. After William came Trotsky and Lenin and Stalin “Uncle Joe,” to FDR. Churchill’s ancestor betrayed James II to William of Orange. The problem is the white man’s leaders. It turns out they’re not leaders at all; they’re followers.

“You may have heard that the Jew cries out in pain as he strikes you. Maybe that saying makes you chuckle. You may not fully appreciate what it means. Why does the Jew cry out? It is because he knows he’s striking you. He knows you don’t like the harm he’s causing you. He knows you might also come to know these things. He’s worried you will retaliate. He sees your getting angry as the real problem. He knows his crying out confuses you. He wants you to mistake him for a fellow victim, the real victim, and blame someone else, even yourself.” My God !! I’ve never heard of a more wrongheaded analysis in my entire life !! That’s totally, absolutely, the most incorrect reasoning behind that extremely famous statement as… Read more »

Proving that Jews were responsible for various plagues in the past would be nigh on impossible after all those centuries, but almost all of the really nasty diseases have come from either equatorial Africa or southern/central Asia, right along the silk road, the same silk road that spread various forms of Abrahamism west and east…..
Also, if someone is accused of the same offense hundreds or even thousands of times by virtually every group of people he comes into contact with, innocence becomes increasingly unlikely.

A Brief History of Virulence