“BUBBA” Wallace, the Politically Correct Black “stock car” racer, was greeted with loud booing from those in attendance at NASCAR’s Cup Series All-Star Race at Bristol, Tennessee this week.

Things didn’t improve for Wallace once the race began either. The sport’s lone full-time Black driver crashed into a wall, after which the crowd cheered. Moreover, there were several Confederate flags visible in and around the raceway — flying in defiance of Wallace’s and NASCAR’s demand that the flags be removed from all official events.

Despite the booing at hearing Wallace’s name and the cheering upon watching his crash, the booing from the fans likely had less to do with the driver’s stances on social issues and more to do with his harsh characterization of NASCAR fans who were dubious, (correctly, as it turns out) of Wallace’s contention that someone had placed a noose in his garage with racial intent.

In June, an FBI investigation concluded that no hate crime had occurred because the “noose” in Wallace’s garage was in fact a garage pull handle that had been in place long before anyone could have known Wallace would use that garage. In response to claims from some fans that the noose incident had been staged, Wallace accused some NASCAR fans of being “simple minded,” not taking the time to “educate” themselves, and being quick to “jump to a conclusion.”

What's It All About? 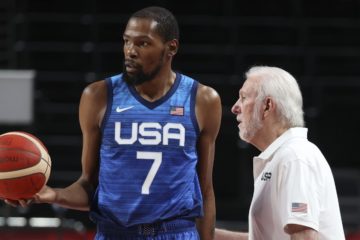 No noose is good news. It’s just another anti-White slander.

Cheering when a mulatto crashes is “hate cheering” and involves prison time!

I find it interesting that he had “love, compassion, and understanding” on the hood of his vehicle. Aside from the fact that many millions of his ethnicity don’t find it important to reciprocate these same sentiments, it seems clear that it takes more than love and compassion to operate complex machinery. It takes understanding. Perhaps this young man needs another line of work.

Thank you Alt_Whyte. Yes, it’s deliberate or a least reckless slander. Abandon games that do not represent us.

This yella, mixed-race mongrel scum is in way over his head….hes got jews whispering in each ear…and from what i hear, hes a mediocre driver at best.
Token anyone?