Yes, it’s a sham in that it is not what it’s claimed to be. But it is also very real in that real people are dying and will die, and if successful, Jews will be empowered to do what they have always wanted to do to us. Think Ukraine 2014. Think NKVD. If the anti-Whites get their way, everything we love will be taken from us before our agonizing lives terminate in an agonizing death.

ALL AMERICANS should understand what happened in the aftermath of George Floyd’s death. The initial part of the protests were genuine protests. But that didn’t remain the state of affairs for long. Antifa and Black Lives Matter came out of the woodpile to take advantage of the real protests, using them as cover as they began committing arson, vandalism, robbery, and aggravated assault. Soon terrorism supplanted protest as the general character of the activity on the street.

That’s what communists do. They wait until citizens with a legitimate grievance (or think that they have one) begin protesting, then they show up and mix with the protesters, impersonating them, while they beat up on people and start fires inside department stores.

Leftists are also quite good at hijacking other people’s revolutions, too. They wait until somebody else has done most of the work and taken most of the risks, then they show up and impersonate the revolution’s leaders, snatching away what might have been, say, a nationalist victory and turning it into a communist victory. It didn’t happen during the American Revolution in the 1780s, but that’s mostly because there weren’t any leftist commies around back then.

I think that it is time to bring back the concept of the outlaw. An outlaw is someone who has been set outside the protection of the law because of his many atrocious crimes. It is legal for anyone to kill an outlaw, subject only to reasonable prohibitions against torturing him first. First up to be considered for that status, of course, are the members, leaders, and funders of Antifa and of Black Lives Matter.

On a related topic, I’m beginning to notice something interesting. After (mostly) Blacks trash a city, the people who come along after to pick up the debris and repair the damage are (mostly) Whites. In Minneapolis, the clean-up crews are almost exclusively composed of White people.

I watched a video in which a White boy was picking up trash. He put it into a waste disposal container. Immediately, two Black women standing beside that container reached in, pulled the trash back out, and threw it on the street again. The White boy started picking the trash up again, then wandered away to look for a different waste disposal container. The two Black women acted as if they had done something righteous.

I did see one photo with five people sweeping a parking lot, and three of them were Blacks. I also noticed, however, that the parking lot had already been cleaned. The brooms in the hands of the people in the image were pushing no trash at all.

Madison Avenue, or The Anti-White Agenda of Jewish Ad Agencies 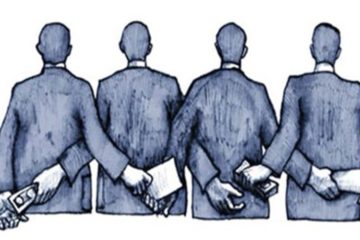 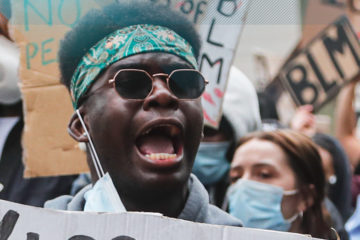 What I think is significant is that the George Floyd case was chosen to be the focus of the protests rather than the Louisville case from a few weeks ago. In that case, plain clothes police executed a no-knock warrant at an incorrect address and the black occupant with no criminal record used his legal firearm to repel what he justifiably thought was an armed home invasion by criminals. However, this case would have brought up issues uncomfortable to the narrative, namely use of firearms for self-defense and the Castle Doctrine. Instead, the protestors take the side of a convicted felon who actually committed an armed home invasion! Either the lessons of the staged Rosa Parks incident were forgotten or it was desired to pick a case that would be… Read more »

“It didn’t happen during the American Revolution in the 1780s?” It most certainly did. That too was a Jewish plot with Samuel Adams playing the part of the bought whitey. This has been going on for a very long time and the USA is just another Jewish project. The core problem is that the run-of-the-mill white guy is a competitor and competition creates great things and great societies. The Jews meanwhile are cooperators and through cooperation hijack it all. The mechanism is money. White labor creates all value but then that value is highjacked by little pieces of paper with Presidents pictures on them and it is the Jews who control that.

Thank you Patrick. You beat me to the punch in educating this author. Under different names and forms, Communism has been around since the beginning. There has, is and always will be those who seek to control others.

Thanks for chiming in Gus. Are the guy who thought NASA was a lemon and got burnt up?

How did Samuel Adams commandeer the American Revolution to serve the Jews and what is your evidence? Alexander Hamilton is a far more plausible candidate.

Historically, Jews overwhelmingly side with the rulers over the people unless the rulers have acted against Jews or didn’t pay back their loans. The British monarchy was quite hospitable to Jews after they were let back in during the 1600s. I would suppose that almost all Jews sympathized with the crown during the American Revolution. Of course, once the colonies were victorious, the Jews went to work on them.

Once Franklin described the relative prosperity in the colonies compared to Britain, I believe, the Bank of England had a revelatory moment. First, if colonial prosperity should generally become known, they would be toast. Also they wanted to control that wealth. Thus the Currency Act of 1754 to start to turn the screws for revolution. Next, they needed boots on the ground and that meant bribing an agent. I believe that agent was Samuel Adams and his “Sons of Liberty.” What is my proof for this. “Ye shall know them by the fruit they bear.” Not proof, rather evidence. Also, Samuel Adams had no visible means of support, another clue.

It’s all about ethnically cleansing whites.

The plan behind the “defunding & disbanding” of the Police is to replace them with Political Commissars – CHEKA – STASI – KGB ….
When called to the scene of a crime, crimes will be Socially GRADED as to their relativity to the “NWO VISION” by the Alphabet Agency THEY will then decide your “Social Score” and whether you are worthy of protection at all. White Christian Males need not apply.
You were mugged? You are angry at the mugger? You have improper thoughts? Off to re-education or elimination.
You stopped a black male who was assaulting your wife? YOU are the criminal, the black is culturally deprived and must not be stopped.
As I keep yelling, STUDY the HOLODOMOR — it is coming.

what about an idea of launching # “niggas, be thankful” in response to all the stupid anti-fascist statements?

For those visitors who blame systematic racism by Whites for negroid violence, let’s view a tiny sample of cellphone- recorded acts done for personal satisfaction, many since GeorgeFloyd died, having nothing to do with racism, and everything to do with a lack of a proper response. Posted on twitter by @SamParkerSenate, https://twitter.com/SamParkerSenate/status/1273476998493384704 (scroll up to see post 1) is in one of several threads he has on this. Upon seeing it, jewish women are screaming at their monitors and their weak partners in NYC tenements (they call brownstones) “How DARE you think about that now when everything I stand for is being undermined by this fascist hick! Did you make your weekly donation to the George Floyd GoFundMe? What about for Breonna Taylor? Don’t touch my hair! Why the f*ck… Read more »

Let me add that @SamParkerSenate is now locked, so you’ll need to log onto twitter and request a follow which he might not approve. This strategy may be brilliant in that it lets him air what the power structure wants squashed, but keeps him from being suspended (for now) because he limits who can see the videos to those unlikely to report them as TOS violations. Twitter has been censoring beat-down-whitey videos on the grounds that they are excessively violent. The CEO and a developer of twitter is White billionaire Jack Dorsey, a programmer by trade who has been hands-on in its operation. Typically of the NorCal anarchist-lite mindset, the last sentence of his Wiki speaks volumes: “Williams, Stone and Noah Glass co-founded Obvious Corporation, which then spun off Twitter,… Read more »