THE MEDIA is aghast at a recent incident in a remote part of Central Park, where a White woman dialed 911 after a Black man allegedly threatened her over her dog and began to film her.

The woman, Amy Cooper, is being subjected to 2 minutes of hate. She has been nicknamed “Karen” — a racial slur for White women — by the Jewish press. She was fired from her job merely for calling the police when she believed she was in danger. She will be permanently banned from Central Park.

The Black man in this specific instance may not have been a direct violent threat, but the woman in question was wise not to gamble. In 2019, 93% of all murders, 86% of rapes, 85% of felonius assaults, 96% of shootings, and 92% of robberies in New York City were committed by Blacks or “Hispanics” — a term often misused to indicate Dominicans and Puerto Ricans who in the city are often just Blacks who speak Spanish.

Amy Cooper, a metropolitan liberal, would’ve likely dialed 911 on a White man behaving in this fashion, but this is allowed and encouraged. While there are occasionally cases where Blacks are slightly inconvenienced by a misunderstanding or annoyingly zealous rule enforcers, it is also unfair that airlines have policies assuming every single man is a potential pedophile on account of their sex and should be asked to change seats when placed next to children.

So what about the “good Karens” (good in the view of the Jewish-controlled media, that is) — the White women who ignore their instincts and take a virtuous risk when approached by a sketchy Black man in New York City, as Ben Shapiro and Mike Cernovich prescribe?

A few weeks ago, a 64-year-old mentally disabled woman described elsewhere as a White Hispanic was approached by a Black man in Harlem. Surveillance footage found that the suspect, 38-year-old Frankie Harris, began to follow her and the two conversed. The woman did not dial 911. The recording shows Harris suddenly violently attacking her and raping her on the street. She was found unconscious on the ground and is expected to die from her injuries.

According to recent reports, Harris had been arrested multiple times for violent crimes in the months leading up to the attack. Three months before the rape and murder, he was charged with sexual assault and released without bail by Black judge Althea Drysdale.

Two weeks later, he was arrested for attacking a woman and her children on the New York City subway. He was charged with 16 crimes, including third-degree assault, aggravated harassment, menacing and endangering the welfare of a child. Despite this, the Jewish judge Hillary Gingold released him once again without bail and he never showed up for his subsequent court appearances.

The judges who freed Harris knowing he was a danger to the public are just as guilty as the criminal himself.

Last fall, a Black man dressed up like a construction worker knocked on the door of a woman in the Italian neighborhood of Howard Beach, Queens.

Howard Beach has long been attacked as “racist” by the system for its history of vigilance against Blacks who enter the residential area.

In this case, the Karen did not dial 911 on 33-year-old Joshua Henderson, who claimed he was on her property to do work on her roof. He subsequently climbed through her window, told her he had a gun, then tied her and her son up.

After stealing her jewelry and cash, the man gave the woman an ultimatum: to have sex with her own son, in front of him, let him rape her, or be killed. He then raped the woman and fled.

Once again, the judges and authorities are responsible. Henderson was paroled from prison after 12 years in prison for a burglary spree. Almost immediately after getting out, Henderson was already committing crimes again. In the year leading up to the rape, he was arrested twice while on parole — including for burglary — but the New York City legal system refused to send him back to prison.

Last winter, Tessa Majors, an 18-year-old left-wing Columbia student, did her part in fighting White privilege by not calling the police when Black teenagers began following her during a stroll through Morningside Park.

The administrators of her school avoided local NYPD crime briefings, keeping their visiting White students ignorant about the uptick in violent crime in the area. This was almost certainly political.

Majors, the only Karen the system likes, was approached by a group of Black teenagers who wanted to mug her. When Majors refused to hand over her cellphone and tried to get away, they stabbed her to death.

The Blacks in question confessed to the crime, after police detectives bluffed about having damning evidence during interrogation. Police use this tactic all the time to extract confessions, but the case’s Jewish Judge Carol Goldstein has ruled to allow Hannah Kaplan to center her client’s defense around whether police should be allowed to interrogate minors.

The detective who extracted the confession, Wilfredo Acevedo, is being aggressively attacked by Jewish media. Molly Newman at the New York Daily News has dug up allegations of supposed misconduct in the veteran police officer’s past in an attempt to discredit the evidence he is presenting at trial.

Under the system that controls America, the only good Karen is a murdered, raped, or mugged one. And when their attackers are finally caught, enormous institutional barriers are erected to ensure the people who victimize them are free to do it again.

Testing the Legitimacy of Rational Anti-Semitism
To Be, or Not to Be
Elites vs. Masses
This Is How Nations Fall
Calling Out the Cuckery
Canada: Nationalists File Suit Against Anti-White Tyrants
Lost Daughters
Not Believed to be Random
Tags:anti-whiteinterracial crimeMass MediaMurderNew York CityWhite Women

In Brazil there are paramilitary groups (death squads) that operate under the corrupt law, providing effective solutions against black crime, when the system ceases to be functional, the survival system should enter. The problem in the USA is that the white puppy is so scared by the system, equivalent to a battered dog, that he no longer dares to defend himself. The following (5) requirements must be met: Point 1) The current system does not serve targets, because it is anti-white, Point 2) Survival instinct tells you not to trust the system, Point 3) You must learn to survive (carry a defense weapon), Point 4) Avoid dangerous places or otherwise to be accompanied, Point 5) Never trust a tar spawn. The Woman only fulfilled point (5), but failed in the… Read more »

“… you’re just staring at me now because I have black skin, German Nazi racists that you are!” 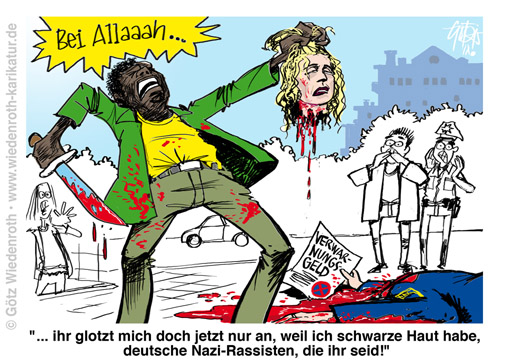 Karen is a German name and the Germans are icons of the white race. Empirically racist, he is an apologist and sectarian of slavery, vandalism and violence, that is, the communists . Germany always defended freedom, so it fought communism https://nationalvanguard.org/2020/03/proof-jews-behind-creation-of-eu-super-state/#comment-32861 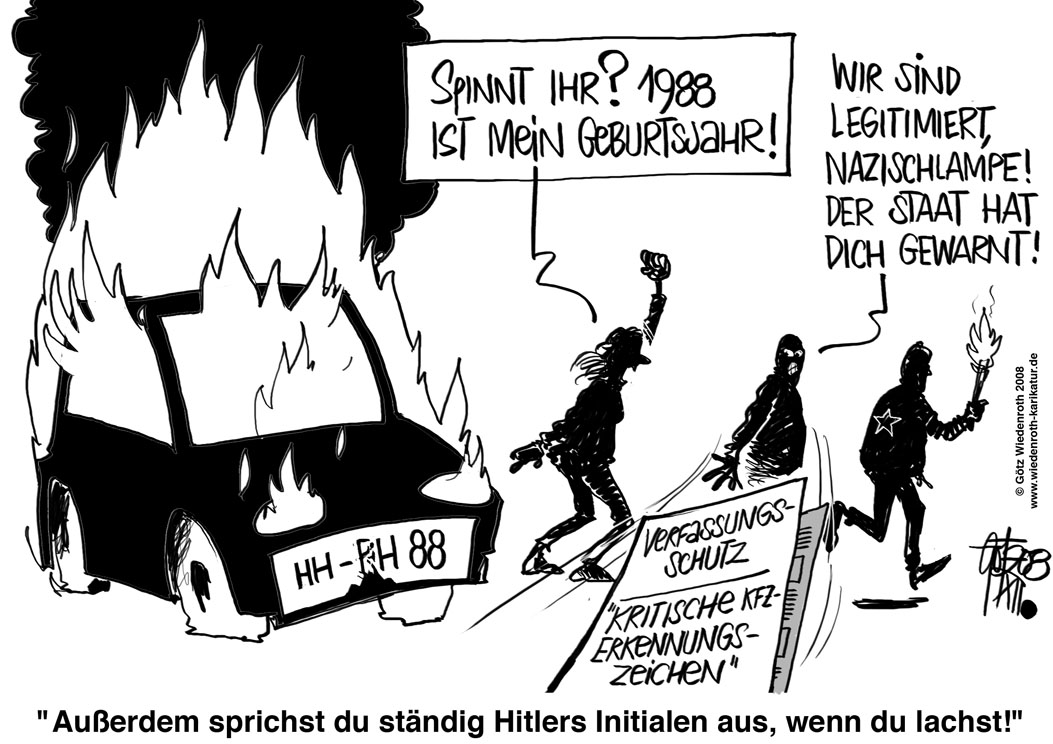 We are legitimized! The state warned you! .. and besides, you always pronounce Hitler’s initials when you laugh

The East Harlem Karen has died.

Adalinda Delgado Staiman, 64, succumbed to her injuries on May 27, nine days after she was brutally attacked while getting food

Enough with (((THEM))) and the liberal BS: There is ONE and ONE solution ONLY: Vigilantism; and by that I mean not only against the thugs but also (((THOSE))) judges, lawyers, etc, who want to keep them out of jail.

At least one of Tessa Majors’ murderers is escaping long punishment: https://www.nbcnewyork.com/news/local/teen-involved-in-killed-of-tessa-majors-sentenced-to-18-months-after-guilty-plea/2465580/ . Disgusting lawyers for the simian can’t even call her murder what it is.

I believe that we should make many fliers of black on white crimes and pass them out at schools and places of work and even churches…I post them all the time on jewbook and else where..we need to awaken our people some how..14 words

Fletcher Smith 3: I believe that we should make many fliers of black on white crimes and pass them out at schools and places of work and even churches…I post them all the time on jewbook and else where..we need to awaken our people some how..14 words
—

Who is “we,” Fletcher? You are not a member of our Alliance. Which of our fliers here do you post on Faceberg and else where [sic]? https://natall.com/free-national-alliance-fliers/