ELON MUSK is reportedly (according to CNBC) thinking about making SpaceX a public corporation. That would be a serious mistake. He should keep SpaceX private. If it goes public it will lose momentum, innovation — and “the edge” that goes with not having to put the financial interests of stockholders first. The dynamism that SpaceX has had comes from two things:

1. The right to put priority on long range goals rather than on short term profit.

2. The right to hire employees based solely on their merit.

As long as SpaceX is a private company, Elon can break his toys in order to figure out how to make better toys. If he must bow to the will of greedy stockholders, he probably will never land anything on Mars.

If SpaceX goes public, it’ll be subject to those Politically Correct hiring rules that have brought so many “legal” problems to other aerospace companies.

Why do you think Northrop Grumman is so very, very far over-budget and so very, very late in producing the James Webb Space Telescope? Unga bunga, that’s why. You’d think a fellow who grew up in South Africa would know how things are.

There’s someone named Adam Jonas (of Morgan Stanley) who seems to be paying Elon Musk the sort of attention that Gerald Levin did with Ted Turner in the mid-1990s.

Letter to a Liberal
Combining the Copernican and Anthropic Principles
Why Space Is Silent
New AI Fake Text Generator may be too Dangerous to Release, Say Creators
For a Limited Time Only
Questions People Ask
SpaceX: Astronauts Can Now Escape During Space Launch
Judging People Based on Their Political Views
Tags:David SimsElon MuskNASASpace ExplorationSpace X 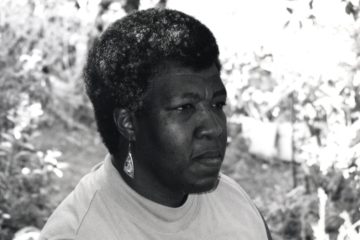 As I said before, there are two types of social structures:
(1) Asymmetrics (Multicultural, dysfunctional, decadent, conflictive and in parasitic collapse) current western case.
(2) The Symmetrical (Functional, ordered, without conflicts, ascending, productive), Honeycomb type, and highly organized, current East Asia type, nature shows us the way. Which of the two will conquer the Stars, I bet winner that the Symmetric.
Unless something frees the west from the parasite, but even so, the damage is so great that it will be very difficult to compete.
In this video I don’t see any black or white person, only them .. Healthy Ethnocentrics ..
https://www.youtube.com/watch?v=V1ww-aw-VjE

Someone needs to educate him personally.

Every once in a while, there are indications that Musk “gets it”. He questioned who controlled the media. He told the government of the California county where his Tesla plant is to go to hell regarding their coronavirus restrictions on reopening.

If Musk’s intentions really are to colonize Mars, going public would kill that dream. As inspiring as it is, there is really no business case for it.

KAS and other Alliance members wrote to Mr. Musk five years ago, encouraging him to speak out: https://nationalvanguard.org/2015/05/the-challenges-we-face-an-open-letter-to-elon-musk/

Elon is not stupid. He “knows.” He’s simply not in a position to speak publicly about what he knows to be true about racial differences. It’s not time. We will show him the way it is done, and perhaps embolden him when it is time for him.

Yes. I would agree that he gets it but he is also stuck in that system and no one gets out of that web of lowlifes alive. He could be very powerful though; if he wanted to. He doesn’t. He’s unfortunately high as a kite too often and goes along to get along.

And this scenario is repeated with the big northwest technology companies like Microsoft for example, its billionaire leaders like Bill Gates, Paul Allen (dec.) , and Steve Ballmer, who’d do well to support alternative, truthful views. But do they believe in the National Alliance mission? They know what jews in the power structure are doing and saying – their activism for multiculturalism, Black Lives Matter, and open borders to white countries, and yet commitment to Israel’s jewish nationalism while living quite well in the West tucked in gated enclaves. The problem is that due to Aryan collaboration and cooperation, it is much easier to attack the message than the jews. The guilt has been integrated. So they can support Sean Hannity, Tucker Carlson or Anne Coulter (who are Zionists) with… Read more »