THE TYPICAL American White, the same one who will endure almost any humiliation to avoid coming into conflict with the dark inferiors in our midst, is also deeply “racist” and full of completely illogical hate directed at innocent and noble genetic aliens. Obviously, it isn’t easy to present this kosher snow job, even with complete control of the fraud news media, what with the endless groveling and appeasement emanating from the colorless people who we are assured by the merchant represent irredeemable evil and need to be replaced for “justice.” To help this pathetic shuck along, we need more hate crime hoaxes and if they’re unbelievably suspicious and low-energy, so much the better. After all, by making us sign off on obvious lies, the Jew can attack where we’re most vulnerable. Cowardice is not the solution: you’ll only lose your soul to the kosher devil.

A Virginia police department and the FBI are investigating a possible cross burning at the home of a 17-year-old activist the morning after he helped organize a Black Lives Matter protest.

This is probably the most credible incident I’ve ever seen. During the height of the Semitic race war an evil White “racist” in a ghost costume wandered into a Negro area that resembles Beirut without the exotic Near East charm and performed “klan” make-believe against a 70 I.Q. “teen.” It’s going to be a real shock when the truth comes out, seeing how well-crafted this living fossil deception is.

The following morning, Brown was away from home when his mother texted him asking if he was okay. Someone had burned a cross on their front yard, she told him.

“My mother said she walked to the store and not even 15 minutes of her coming back someone had pulled up and burnt a cross,” Brown told CNN.

Wow, the “confederates” must have been lying in wait or something. What do you think, Encyclopedia Brown? Please turn to the back of the book for the amazing solution to The Case of Black Lies Matter.

Witnesses saw an intense fire coming from a barrel on Brown’s front yard early Sunday, according to a Marion Police Department press release.

A barrel, you say? Huh, how about that. Very interesting. Let me carefully write this in my junior detective notebook.

When officers extinguished the fire, they found “wood that appeared to be in the shape of a cross,” according to the press release.

It looked like a cross burning as performed by someone with moron-level intelligence and alien DNA not found in any other people group.

Police say they are investigating the incident with the help of the Smyth County Sheriff’s Department and the FBI.

The same “five oh” who routinely murder cherubic “African-Americans” because of the “color of their skin” are suddenly trusted with this delicate inquiry into the invisible enemy who definitely exists.

“The Town of Marion Police Department is absolutely committed to ensuring that people of color in our community are safe,” Marion Police Chief John Clair said in a statement. “Our department, along with Smyth County Sheriff’s office and federal authorities, will conduct and [sic] full and thorough investigation.”

Brown attended his first Black Lives Matter protests in nearby Johnson City, Tennessee, in early June. After protesting for six consecutive days, and inspired by the activism he saw, Brown decided to organize a march in Marion.

Six consecutive days? But what about your job? Kidding, kidding.

Brown doesn’t know who would burn a cross on his family’s yard, but the experience hasn’t deterred him from activism.

“The person that put this cross in my yard has made me stronger!” he told CNN. “It has made me want to go harder for my community.”

“It’s almost like this is a hoax designed to give me attention and sympathy from fools!” it told the American version of Pravda.

Siri, Whose Lives Matter?
Doing the Work
Hillary Clinton, Candidate of Billionaire Jews
Who Does That
‘Black Lives Matter’ Organizer is Pretending to be Black
Top Black Lives Matter Activist: ‘We Will Incite Riots Everywhere if Trump Wins’
Virginia Goes Zionist
If We Did This, There Would be Air Strikes
Tags:Black Lives MatterHate crime hoaxesVirginia

The Thin Internal Walls of Krematorium I at Auschwitz 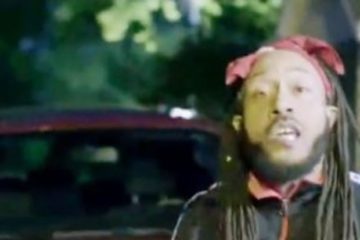 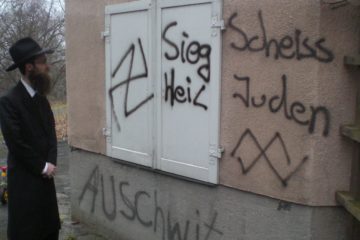 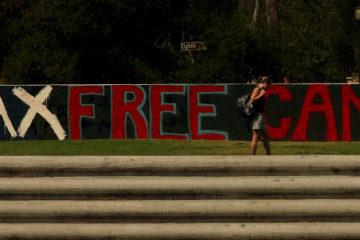 A delightful bit of comic relief. Thank you. I am now starting to read that Kristallnacht was another Jewish false flag. Oh those Jews, they’re so clever.

Kristallnacht was inspired by Hitler who stated in many important speeches that during his own revolution “no shop windows were broken.” Hitler and Himmler were opposed to Kristallnacht vandalism because they were trying to create an atmosphere of peace.

Patrick,
As a Jew, I find your post quite comical. You are clever!
Thanks for the harmless chide. It put a smile on my face.

Cynthia, I have just been to Chabad.org and reading about the Rebbe. The more I study the more I conclude that Christianity and Judaism are almost identical, the difference being that Jews are one and Gentiles work as individuals only. These are fundamental incompatibilities that are exploited by the exploiters. Yes, I am concluding, it is all a game, throw a piece of meat between them and sit back and enjoy the show.

This situation will be a constant, it is necessary to find solutions, not guilty.
http://imgfz.com/i/aeklC83.png

Now how about a real show of White activism? Are any Whites reading this on board?

Or do you still think you can conquer the world from the keyboard?

Waiting for our General to step forward and issue assignments.
I was born for this.

The young activists are victims of all the jewish programming. The girls are taught how oppressed by men they are and all the boys how gay and privileged they are. You can see the blind hate and self loathing written on the faces and bodies of the extremists, and all the while the jews smile with delight and leading from behind. No amount of appeasing and kneeling will ever be enough for them. White lynchings posted on jew media are now a thing – prepare accordingly.

I’m not sure how accurate your assessment is. Soros, while a genetic Jew, is a traitor to the human race-especially Jews. I am Jewish, by blood and I thoroughly despise him. I can only say I hope you are wrong. Whether or not you are, it’s so refreshing to be where thinking people freely speak their minds.
Happy 4th!

You as a jew should know Trump is owned by Jews if he is isn’t one himself. He has done nothing he said he would. Swamp not drained, worse than ever; Illegal migrants flooding the USA; Saves Chinese companies from bankruptcy. Voting for your Trump is just another vote for the Tribe. You can keep your patronising and smug Happy 4th !

I thoroughly enjoyed this article. It is one of the most comprehensive bodies of investigative reporting I’ve ever read. It left me wanting for more. In the interest of full disclosure, I am genetically Jewish, religiously a Catholic, a willing prisoner of my father’s worldview- I am a sentimental blue dog democrat while all of my money , campaigning and voting goes directly to conservative republicans. I wish there were conservative democrats I could support. I don’t want to be where I’m not welcome. Having provided a thumbnail sketch of myself, is it be OK with National Vanguard that I signed up as a subscriber? I do have one question: What, if anything is known about these white women who cavort with the black males, besides the obvious of low… Read more »