Insolvent Wall Street banks have been quietly bailed out again. Banks made risk-free by the government should be public utilities.

WHEN THE Dodd Frank Act was passed in 2010, President Obama triumphantly declared, “No more bailouts!” But what the Act actually said was that the next time the banks failed, they would be subject to “bail ins” — the funds of their creditors, including their large depositors, would be tapped to cover their bad loans.

Then bail-ins were tried in Europe. The results were disastrous.

Many economists in the US and Europe argued that the next time the banks failed, they should be nationalized — taken over by the government as public utilities. But that opportunity was lost when, in September 2019 and again in March 2020, Wall Street banks were quietly bailed out from a liquidity crisis in the repo market that could otherwise have bankrupted them. There was no bail-in of private funds, no heated congressional debate, and no public vote. It was all done unilaterally by unelected bureaucrats at the Federal Reserve.

Banking has now been made virtually risk-free, backed by the full faith and credit of the United States and its people. The American people are therefore entitled to share in the benefits and the profits. Banking needs to be made a public utility.

The Risky Business of Borrowing Short to Lend Long

Individual banks can go bankrupt from too many bad loans, but the crises that can trigger system-wide collapse are “liquidity crises.” Banks “borrow short to lend long.” They borrow from their depositors to make long-term loans or investments while promising the depositors that they can come for their money “on demand.” To pull off this sleight of hand, when the depositors and the borrowers want the money at the same time, the banks have to borrow from somewhere else. If they can’t find lenders on short notice, or if the price of borrowing suddenly becomes prohibitive, the result is a “liquidity crisis.” [When banks “lend out” demand deposits they are essentially creating money out of thin air. This is the secret of their profits and their power, and the power and wealth they give to the ethnic group that dominates banking — and its endlessly multiplying organizations, corporations, and NGOs. — Ed.]

Before 1933, when the government stepped in with FDIC deposit insurance, bank panics and bank runs were common. When people suspected a bank was in trouble, they would all rush to withdraw their funds at once, exposing the fact that the banks did not have the money they purported to have. During the Great Depression, more than one-third of all private US banks were closed due to bank runs.

The government had a viable public alternative, a US postal banking system established in 1911. Postal banks became especially popular during the Depression, because they were backed by the US government. But Roosevelt was pressured into signing the 1933 Banking Act, creating the Federal Deposit Insurance Corporation that insured private banks with public funds.

Congress, however, was unwilling to insure more than $5,000 per depositor (about $100,000 today), a sum raised temporarily in 2008 and permanently in 2010 to $250,000. That meant large institutional investors (pension funds, mutual funds, hedge funds, sovereign wealth funds) had nowhere to park the millions of dollars they held between investments. They wanted a place to put their funds that was secure, provided them with some interest, and was liquid like a traditional deposit account, allowing quick withdrawal. They wanted the same “ironclad moneyback guarantee” provided by FDIC deposit insurance, with the ability to get their money back on demand.

It was largely in response to that need that the private repo market evolved. Repo trades, although technically “sales and repurchases” of collateral, are in effect secured short-term loans, usually repayable the next day or in two weeks. Repo replaces the security of deposit insurance with the security of highly liquid collateral, typically Treasury debt or mortgage-backed securities. Although the repo market evolved chiefly to satisfy the needs of the large institutional investors that were its chief lenders, it also served the interests of the banks, since it allowed them to get around the capital requirements imposed by regulators on the conventional banking system. Borrowing from the repo market became so popular that by 2008, it provided half the credit in the country. By 2020, this massive market had a turnover of $1 trillion a day.

Before 2008, banks also borrowed from each other in the fed funds market, allowing the Fed to manipulate interest rates by controlling the fed funds rate. But after 2008, banks were afraid to lend to each other for fear the borrowing banks might be insolvent and might not pay the loans back. Instead the lenders turned to the repo market, where loans were supposedly secured with collateral. The problem was that the collateral could be “rehypothecated,” or used for several loans at once; and by September 2019, the borrower side of the repo market had been taken over by hedge funds, which were notorious for risky rehypothecation. Many large institutional lenders therefore pulled out, driving the cost of borrowing at one point from 2% to 10%.

Rather than letting the banks fail and forcing a bail-in of private creditors’ funds, the Fed quietly stepped in and saved the banks by becoming the “repo lender of last resort.” But the liquidity crunch did not abate, and by March the Fed was making $1 trillion per day available in overnight loans. The central bank was backstopping the whole repo market, including the hedge funds, an untenable situation.

In March 2020, under cover of a national crisis, the Fed therefore flung the doors open to its discount window, where only banks could borrow. Previously, banks were reluctant to apply there because the interest was at a penalty rate and carried a stigma, signaling that the bank must be in distress. But that concern was eliminated when the Fed announced in a March 15 press release that the interest rate had been dropped to 0.25% (virtually zero). The reserve requirement was also eliminated, the capital requirement was relaxed, and all banks in good standing were offered loans of up to 90 days, “renewable on a daily basis.” The loans could be continually rolled over. And while the alleged intent was “to help meet demands for credit from households and businesses at this time,” no strings were attached to this interest-free money. There was no obligation to lend to small businesses, reduce credit card rates, or write down underwater mortgages.

The Fed’s scheme worked, and demand for repo loans plummeted. Even J.P. Morgan Chase, the largest bank in the country, has acknowledged borrowing at the Fed’s discount window for super cheap loans. But the windfall to Wall Street has not been shared with the public. In Canada, some of the biggest banks slashed their credit card interest rates in half, from 21 percent to 11 percent, to help relieve borrowers during the COVID-19 crisis. But US banks have felt no such compunction. US credit card rates dropped in April only by half a percentage point, to 20.15%. The giant Wall Street banks continue to favor their largest clients, doling out CARES Act benefits to them first, emptying the trough before many smaller businesses could drink there.

In 1969, Prime Minister Indira Gandhi nationalized 14 of India’s largest banks, not because they were bankrupt (the usual justification today) but to ensure that credit would be allocated according to planned priorities, including getting banks into rural areas and making cheap financing available to Indian farmers.  Congress could do the same today, but the odds are it won’t. As Sen. Dick Durbin said in 2009, “the banks … are still the most powerful lobby on Capitol Hill. And they frankly own the place.”

Time for the States to Step In

State and local governments could make cheap credit available to their communities, but today they too are second class citizens when it comes to borrowing. Unlike the banks, which can borrow virtually interest-free with no strings attached, states can sell their bonds to the Fed only at market rates of 3% or 4% or more plus a penalty. Why are elected local governments, which are required to serve the public, penalized for shortfalls in their budgets caused by a mandatory shutdown, when private banks that serve private stockholders are not?

States can borrow from the federal unemployment trust fund, as California just did for $348 million, but these loans too must be paid back with interest, and they must be used to cover soaring claims for state unemployment benefits. States remain desperately short of funds to repair holes in their budgets from lost revenues and increased costs due to the shutdown.

States are excellent credit risks — far better than banks would be without the life-support of the federal government. States have a tax base, they aren’t going anywhere, they are legally required to pay their bills, and they are forbidden to file for bankruptcy. Banks are considered better credit risks than states only because their deposits are insured by the federal government and they are gifted with routine bailouts from the Fed, without which they would have collapsed decades ago.

State and local governments with a mandate to serve the public interest deserve to be treated as well as private Wall Street banks that have repeatedly been found guilty of frauds on the public. How can states get parity with the banks? If Congress won’t address that need, states can borrow interest-free at the Fed’s discount window by forming their own publicly-owned banks. For more on that possibility, see my earlier article here.

As Buckminster Fuller said, “You never change things by fighting the existing reality. To change something, create a new model that makes the old model obsolete.” Post-COVID-19, the world will need to explore new models; and publicly-owned banks should be high on the list.

Stay Healthy Amid the Chaos!
The Big Short: Film and Book
Restarting America After the Coronavirus Shutdown: Sooner is Better
With Eyes Seeking Prey
The Bankers' Secret Laws
Thoughts on the Coronavirus
To All Europeans: United, We Can Defeat the Banks
Our Healthcare Workers Struggle to Find Masks, Department of Defense Sends One Million Masks to Isra...
Tags:BankingBanksCoronavirusWall Street 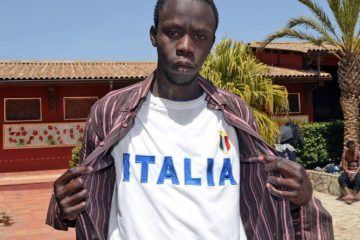 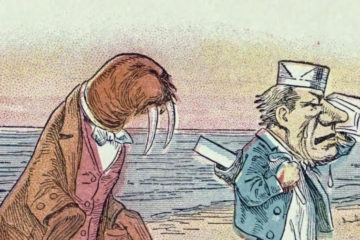 Of Jews and Quacks and Compulsory Vaxx, of Chinese and Pharma Kings 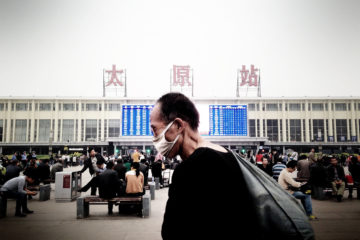 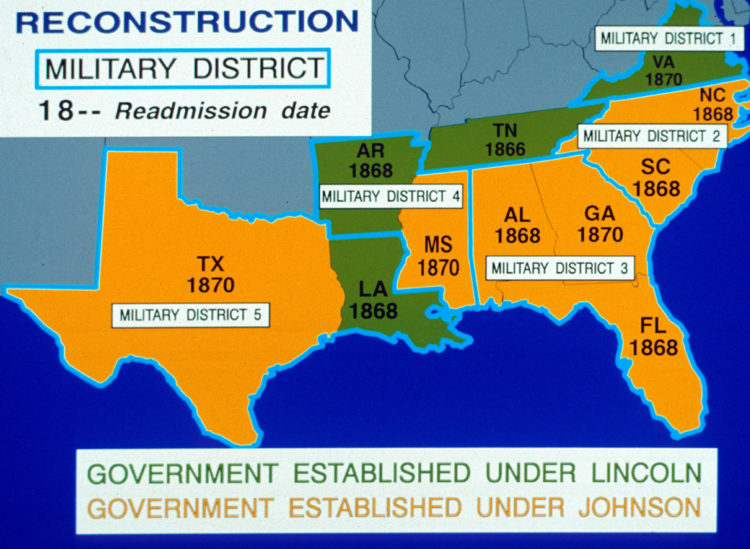