The “student loan debt” of the millennials is gigantic compared to that of other generations (though we are all debt victims). Student “loans” are a system guaranteed to suppress the family-formation prospects of the brightest young people, a sure formula for national disaster in a nation already veering toward Third World status culturally, legally, and especially genetically. What even its victims don’t know is that the banks created those “loans” out of thin air, by creating money with a few strokes of the keyboard. It’s fictitious. The millennials actually don’t owe the bankers a nickel. The “debt” should be canceled and the bankers jailed. As the writer David Sims has said, if the bankers insist on being paid, we should ask them in what denomination: 10, 20, or 50 megatons?

AFTER ACCOUNTING for the present crisis, the average millennial has experienced slower economic growth since entering the workforce than any other generation in U.S. history.

Millennials will bear these economic scars the rest of their lives, in the form of lower earnings, lower wealth and delayed milestones, such as homeownership.

The losses are particularly acute on the jobs front. One brutal month of the coronavirus set the labor market back to the turn of the millennium. The last time there were about 131 million jobs was January 2000.

For millennials who came of age then, it’s as if all the plodding expansions and jobless recoveries of their namesake epoch evaporated in weeks.

Germany: An Economy for the People -- Instead of for the Parasites
How They Steal Our Wealth, part 1
How They Steal Our Wealth, part 2
Debt and the Rapid Rise of the BRIC Nations
Merkel Awarded Four Freedoms Prize for "Moral Leadership" in Europe
Generation Z Whites: Massive Swing Rightward
Greece Just Lost Control of its Banks and Why Deposit Haircuts are Imminent
US Will Soon Spend More on Debt Interest Than on the Military
Tags:DebtMillenialsStudent loans 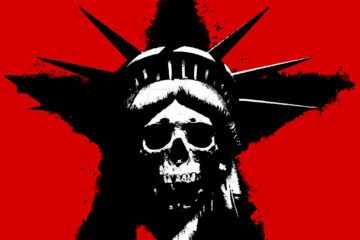 Actually, I don’t feel sorry for the millennials, some underestimate the ownership of a home and are often or not lazy. They have become complacent and slothful in their thinking. I read that by the age of 70 most people lose 10% of their brain cells, but these people lost it once they were born. I could say it’s their fault, but it’s also their parents fault for not educating them and so they were left to the system and the system has taken advantage of telling them what not to think. They did such a great job, and now millennials are completely apathetic, its suffocating. They want and want, yet they limit themselves, and I should pity them for this imaginary debt they have put themselves in. I say… Read more »

Australian university students do not need to repay their student loans until their earnings are substantial. They then have a small percentage of their income deducted through taxation.

Well written. In Australia students take out a HECS (pronounced HEX) debt. A ‘ higher eduction contributions scheme’. The jews even have this nasty little joke in plain sight as they love to do. I agree with the author. I am surprised Saddam or Gaddafi didn’t in the end use a Nuke to defend their country and people from being almost bombed out of existance. It’s not like nukes have not been used in war before and there is definitely no shortage of them in Eastern Europe. America and the Jews attacked first, Mossad is behind Isis and Israel constantly threatens the entire middle East with nukes. The Jews have boasted and cried wolf so many times, one day some leader of a Nation that is about to fall to… Read more »

All three of the Abrahamic Mythologies have an “end times” story. The Muslims in Iran and Greater Middle East, believe that they must go to war with Israel to bring about the prophesy. The Christian and Israeli stories are somewhat similar, but in each case, they all claim to be the ones that will win (I am sure most people in the “West” know about these stories, so I am not going to elaborate). There are powerful people in Iran, and other countries surrounding Israel, that “Need” this war with Israel. They will do whatever it takes to get them there. So, someone may be “calling their bluff” sooner than later. Israel is also prepared for this. Their final death move is the Sampson Option. https://en.wikipedia.org/wiki/Samson_Option I too took out… Read more »

I am a Navy veteran and attempted to use my final year of GI Bill education benefits at the University of West Florida in 1987 in pursuit of a Masters Degree. The university’s Office of Student Financial Aid sat on my application for veterans benefits for 48 days, making it impossible for me to pay the tuition for the fall 87 semester. As a result, I forfeited my remaining year of education benefits due to no fault of my own. Later I attended the University of South Florida in the same program, graduating in 1992. I had to take out a student loan, which would have been unnecessary had I received my GI Bill education benefits before their expiration. Legally entitled to “the equitable right of set-off” under the common… Read more »