MOST AMERICANS will remember that in January 1959 a foul and probably part-Jewish murderer named Fidel Castro seized the island of Cuba with the surreptitious support of the government in Washington, which was implementing Lenin’s strategy of encircling the United States before it falls, “like a ripe fruit,” into the hands of Judaeo-Communist “World Government.” And the Jews’ leading liepaper, the New York Times, assured American suckers that the bearded monster was an “agrarian reformer” and the “George Washington of Cuba,” while our domestic pests, the rabble of neurotics who call themselves “intellectuals” because they vociferate so loudly, went into hysterical ecstasies over the “great democratic leader” and spat at their betters. When the Communist base so near our shores was well established in 1961, the government of which Jackanapes Kennedy was the front-man made Castro’s power absolute by betraying into his hands, with the treachery for which Americans are now famed throughout the world, the anti-Communists in Cuba in a complex operation of which only the prearranged massacre at the Bay of Pigs became generally known.

When the monster came into power in 1959, one of his first reforms was a violent liquidation of the Catholic Church in Cuba by killing or driving into exile all the clergy and ecclesiastics, except the few who were willing to become his shepherds. That, you will remember, was before the Jews consolidated their control of the Vatican.

Now we learn from the Wall Street Journal, 19 September 1986, that “Castro has declared that he is a Christian — a statement that has led to mass conversions among the old revolutionary guard. Now hardly a day passes without some prominent Cuban Communist discovering that he has always been a Christian at heart.” The present Archbishop of Havana, Jaime Ortega, like so many prelates and priests throughout Central and South America, has been chanting hosannas to the bloody degenerate for years, and he has now seconded Castro’s invitation to Papa John Paul II to visit his faithful sons in Cuba.

In the meantime, filthy Fidel has become a theologian and has had someone mix for him a pail of pious slop that will be smeared on paper by Simon & Schuster, a publishing firm that reportedly paid $1,300,000 for the privilege of vending Castro on Religion to half-witted Americans.

The Vatican announces that the Pope may visit Cuba in 1987 to hob-nob with his new buddy and celebrate another triumph for the ecumenical movement and the religion the Jews made for goyim.

Surprised? What did I tell you? 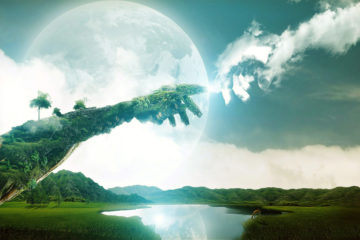 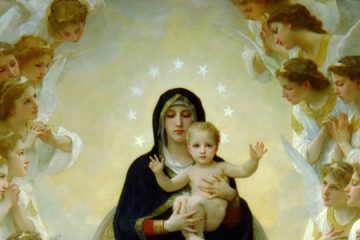 America, helping the communist since 1917.
Where Will be the Last Big Red revolution? in US soil of course, the last and most desired prize of world Communism.

Greetings Storm. Actually, the world centre of communism in the late 1800s was New York. The first bolshevik government was comprised of 250 jews from the lower east side of New York.

Truthweed is awesome. He knows more about the (((real))) histories of Europe and America than almost anyone, and he isn’t even American!

Che Guevara was a doctor who liked killing people. He wrote an instruction book on guerrilla warfare and therefore the jewish leftists carry his image on shirts at peace demonstrations.

G. B.
Reply to  Truthweed

I’m curious to know your take on the whole Blackhawk down situation in Mogadishu Somalia back in 1993. Do you know if there was a Jewish agenda behind that conflict? Also why were we able to win the Korean war with communists in charge of our government but not the Vietnam war?

Mencken's Ghost
Reply to  G. B.

The Korean War wasn’t won, was it?

No. ANother UN “conflict” financed by middle class America fighting communists on the 38th parallel when there were more communists in Washington dc than Seoul. Only consolation — Henry Kissinger did not get Nobel Peace prize .