“At age twelve I saw William Tell for the first time, and a few months later, my first opera, Lohengrin. I was captivated at once. My youthful enthusiasm for the Master of Bayreuth knew no bounds.” — Mein Kampf, Volume I, Chapter 1, pp. 16-17

ADOLF HITLER is primarily known for his political achievements as the leader of the National Socialist movement and chancellor of the German Reich, achievements which are unequalled in the annals of human history. These accomplishments have — understandably — vastly overshadowed all other facets of his life. And yet, to comprehend Hitler’s personality in its totality, these other aspects need to be examined as well.

It is well known that Hitler considered himself to be an artist, and indeed, during his late teens and early twenties, he supported himself as a painter, specializing almost exclusively in architectural and landscape watercolors (although occasionally employing oil paint as well). He was also an amateur architect and he drew the design for numerous buildings and monuments.

But Hitler’s artistic expression did not stop there. He was an enthusiastic follower of classical music, and in particular he was a fan of the operas of Richard Wagner. His love of Wagnerian opera, from his early teens to the end of his life, is well-documented, and we will not recapitulate it here.

What is not so well known, however, is that when he was a 19-year-old artist living in Vienna, Hitler attempted to write a Wagnerian-style opera himself. The story of his endeavor may be found in August Kubizek’s memoir of his friendship with Hitler, published in the US as The Young Hitler I Knew (1954). Chapter 18 of the book is entitled “Adolf Writes an Opera.”

Kubizek first made Hitler’s acquaintance when the two of them lived in the small city of Linz, then part of the Austro-Hungarian Empire. After graduating high school, Hitler moved to Vienna, and convinced his friend to join him there. Kubizek enrolled in the Vienna Conservatory. He graduated in 1912 and became a conductor of an orchestra in Marburg. By then he had lost contact with Hitler. However, after Hitler became chancellor in 1933, he renewed contact with him, and the two men met several times prior to the outbreak of the Second World War.

After the War, Kubizek wrote an account of his friendship with the young Hitler.

The two shared an apartment in Vienna during 1908. Kublizek had installed an inexpensive rented piano in their quarters to aid in his studies at the conservatory. Hitler, he reveals, had had some piano lessons, and could play simple melodies. One day, out of the blue, Hitler revealed to Kublizek that he intended to write an opera entitled Wayland the Smith (Wieland der Schmied).

Wagner himself had written a libretto (words or lyrics) for an opera with this title but had never composed the music for it. The libretto, Wikipedia notes:

“…was published as an appendix to Wagner’s essay The Art-Work of the Future as an example of the ideals to which such art-works should aspire — ‘a glorious Saga which long ago the raw, uncultured Folk of old-time Germany indited for no other reason than that of inner, free, Necessity.'”

The myth of Wayland is one of the most-ancient tales which has survived from the period of Germanic heathendom. Kubizek describes his memories of Hitler’s opera:

“I still remember that some of the opera’s more dramatic scenes haunted me for weeks in my dreams…Pen and pencil were too slow for him and he used to draw with charcoal. He would outline scenery with a few bold, quick strokes. Then we would discuss the action: first, Wieland enters from the right, then his brother Egil from the left, and then, from the back, the second brother, Slaghid.

“I still have before my eyes Wolf Lake, where the first scene of the opera was laid. From the Edda, a book that was sacred to him, he knew Iceland, the rugged island of the North, where the elements which formed the world met now, as they did in the days of Creation: the violent storm, the bare, dark rock, the pale ice of the glaciers, the flaming fire of the volcanoes. There he laid the scene of his opera, for there Nature herself was still in those passionate convulsions which inspired the actions of gods and human beings. There, then, was the Wolf Lake on whose bank Wieland and his brothers were fishing, when one morning three light clouds, borne along by the winds, floated towards the men. There were three Valkyries in glittering coats of mail and shining helmets. They wore white, fluttering robes, which enabled them to float though the air.”

Hitler and Kubizek worked collaboratively: In the day, while Kubizek was at class, Hitler would compose melodies on the piano; when Kublizek came home in the evening, Hitler would play them to his friend, who would write them down in musical notation. Kubizek records that “the basic themes were good” and that he liked it better than Hitler did.

In the end, however, Hitler abandoned the effort. It was one thing to compose basic melodies and motifs, but quite another to orchestrate and develop them musically for the various instruments in an orchestra. Without any formal musical training, this was simply beyond the young Hitler’s abilities, despite his enthusiasm and Kubizek’s help. And that should have been the end of it.

Kubizkek’s memoir has come under attack from numerous critics and skeptics over the years. Although they nit-pick at this or that anecdote, their fundamental hostility stems from Kubizek’s positive portrayal of his young friend. As Matt Koehl noted, the first and overriding commandment of the Old Order is, “Thou shalt never say anything favorable about Adolf Hitler.”

Kubizek’s claim that a teenage Hitler had tried to write an opera is one element of his biography that has come under special attack. Hitler’s detractors claimed that the whole idea of Hitler as a composer was ridiculous and that it was an obvious invention by Kubizek.

But in 2020, five decades after his book first appeared, the critics are having to eat their words: Kubizek had saved the musical drafts and sketches that he and Hitler had produced and stored them in an envelope. Now Kubizek’s heirs have brought them forth. The original documents are currently on public display at a museum exhibition in Sankt Poelten in Lower Austria, entitled Young Hitler: The Formative Years of a Dictator.

See: Adolf Hitler wrote an opera, and the manuscript is now on display in Austria – Classic FM

We hope that the sheets of music recording Hitler’s youthful endeavor will be published in the future. It would be interesting to hear what he came up with. Perhaps someone skilled in classical composition could continue the thread which he began.

Regardless, this much we know: all snarky criticism by his enemies aside, the more that we learn about Adolf Hitler, the more his genius continues to impress us!

Democrats and Republicans Agree: It's Time to Throw White People In Gulags 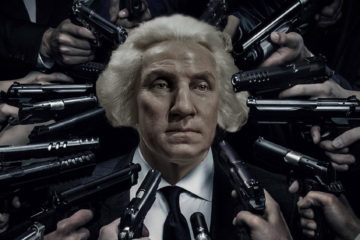 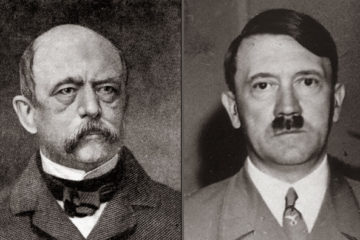 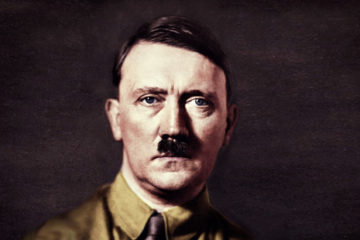 The Perfidious Tribe Of Desert Wanderers has been successful in getting Amazon to remove Mein Kampf from its website.

I have read Mein Kampf. It is a tour de force.

It boxes the ears of kiked communist filth
thoroughly.

No wonder a faggot, 6foot 5 adams apple like the philo-kike Bezos would have it banned.

Yes Patrick, and it is very easy to read. No historian is an historian if he/she has not read it without jewish commentary.

By doing this, they are putting all-things-Hitler into the realm of “secret and forbidden wisdom.” This only makes intelligent people more curious.

I actually expect to see a burgeoning of “Nazi mysticism” in the coming years, especially in light of the travails of Europe with the migrants and the traitors.

One more building block for the Temple of truth.

Addicted to the Zionic Zietgiest.

There are not as many of us as you would wish
to imagine….

I live in Southbury CT, a town that still celebrates a 1938 episode when the town’s Jews got the town to stop construction of a German youth camp which they called the Bund. I pointed out to the town leadership that 1938 was the year Time magazine made Adolf Hitler “Man-of-the-Year,” for pulling Germany out of spiritual and economic ruin and allowing prosperity to flourish. Still, even this past election, a Republican candidate cited the success of shutting down the Bund as a reason to vote for her. She was voted in.

Kubizek’s book is well worth reading. Hitler was a romantic: There was a young lady that Hitler admired, but he would not try to get to know her better. Kubizek speculates that Hitler did not want his romantic vision of her to be disrupted by the reality of her humanness.

Neat take on that…ive been there myself.

This is a great book because it realty tells you WHO Adolph Hitler was as to how he felt about his personal talents and the system he felt stopped him from getting to be an artist. His love for the opera and architecture and his intensity in those loves truly showed in this book like no other so far that I have read. His love for his mother and his sensitivity to the plight of the poor and fixing their living conditions was excelled by his rewriting through his architectural drawings of how he felt certain cities should be rebuilt. Hitler truly cared for the people. A really good read into WHO Hitler really was because he wasn’t a little rich boy but went hungry and lived very humbly so… Read more »

I checked the Classic FM website and found:”History tells us his artistic abilities never quite matched up to those inflated ambitions. Hitler applied for the Vienna Academy of Fine Arts in 1907 and 1908, and was rejected on both occasions.” In fact, Hitler was told by the Vienna Academy that his talent was in architectural art – no dispute there.