YESTERDAY far too many White Americans were parked in front of the talmudvision watching the Degeneracy Bowl, an ugly Jewish spectacle intended to amuse the Brown slaves and demoralize the vanishing legacy population. Faced with “Look at that mulatto run!” and Third World “vibrancy” there was little time to worry about anything other than inhaling estrogen drink and filling your own pants when the cheering for “your” Negroes got out of hand. Certainly no one was thinking about Chinese bio-weapons, mainstream candidates talking about gulags or the ongoing demographic replacement. No one mourned for the United Kaliphate, now finally free from the European Economic Union and about to chart its own Semitic course into the turbulent sea of Islamic conquest and “Do you have a license for that plastic spoon?”

This is the first picture of the terror suspect who was shot dead by police after two people were stabbed in Streatham, south London, earlier today. Although the suspect has not been formally identified yet, DAC Lucy D’Orsi of the Met Police said in a statement tonight they are confident he was Sudesh Amman, 20.

Amman left prison just a matter of days ago after serving half of his more-than three year sentence, it is understood.

Muhammad here has clearly learned its lesson and besides, we need the cell for Thought Criminals. Just don’t do it again, you wacky little scamp.

He was sentenced in December 2018 for possessing and distributing terrorist documents.

This creature is more British than you. Look at it working hard to encourage violent jihad against its benefactors. You were wise to allow this invasion. Now you can reap the rewards.

The then 18-year-old, who was described as ‘knife-obsessed’, was found with a stash of bomb-making and close-combat manuals — including one titled ‘How to Make A Bomb in Your Kitchen’.

We’re going into “multi-kulti” mode. Jews are at the center of this process. You have to do it; the experiment demands that you continue.

We’ll fight those “Nazis” on the beaches and in the streets and all the rest. We will bravely reject all attempts to peacefully end Europe’s Second Jew-Assisted Suicide Attempt. So many owing so much to so few. There will always be an England.

The North West London College student shared bomb making schematics via Skype and an entry of a seized notebook allegedly outlined his “goal” to die as a martyr, a court heard at the time.

Setting goals is a sure sign of a winner. This is a good little enemygrant, turning its life around.

In other online chats, Amman told his girlfriend of his hatred for “kuffars” (non-believers), his allegiance to ISIS and his wish to carry out a terror attack.

It sure is weird how all these groups of alien outsiders we allow to live in our ancient homelands have little slurs they call us and want us to die in pain.

In one message he even encouraged his girlfriend to behead her own “kuffar parents”, the court previously heard.

Honestly, what are you waiting for? The snake idol in the giant rock isn’t going to do it for you or something.

Speaking about the terror suspect, a Whitehall source said earlier this evening: “He was under surveillance, that is what allowed police to do their job so quickly. It could have been much worse than it was.

Only a few Eloi got slashed this time, as opposed to the bloodbath it could have been. It’s just part of living in the big city. Get used to it.

“There was nothing that could be done to keep him behind bars under existing laws, hence why he was under surveillance and strict licencing conditions.”

We are totally powerless against a worthless and dangerous sand monster. Besides, it had a license for that book about making bombs in the kitchen.

“He had served half of his sentence, which was more than three years, so had to be released despite concerns over his conduct.”

I mean, it’s not like he said less than six million precious Jews were lost in the holohoax or something really serious like that.

“This shines a light on something that clearly needs addressing.”

Armed police shot the suspect dead after two people were stabbed and a third injured in the “terror-related” attack which detectives said is “Islamist-related”.

Good people with guns stopped the “Asian” terror. There might be some kind of lesson here, but I’m not sure what. Now turn in your toolbox, no one needs to own a screwdriver or large file.

Police described the incident as “isolated” and said it had been “contained”.

Just when you think you’ve heard the worst weasel-talk after an eruption of Middle Eastern pathology good old Cuck Island raises the bar. The pathology of the moon cult invader is contained like a Chinese virus, everything is fine.

DAC Lucy D’Orsi of the Met Police thanked members of the public and the emergency services this evening, adding that she is ‘extremely proud of the bravery of the armed officers’.

Dave Merritt, whose son Jack was stabbed to death along with Saskia Jones in the attack last year, has tweeted about today’s “senseless” incident.

“Love and solidarity also to all Muslim people; we know that the person who did this does not represent you. No reprisals.”

The real victims are all the good little foreign looters who might now face reprisals. Even though this has never happened and it never will.

Jewish Fake Media: Hush Crimes Are Us
Bill Cosby Finally Charged; Dozens of White Women Have Accused Him of Drugging and Rape Over Many De...
Chicago Implodes, Animals of Brown Hit Hardest
Chicago: Torturer of Disabled White Teen Let Off with Probation; Judge Says "Do Not Mess This Up"
ABC News Has Yet to Release Full Suicide Note of Vester Lee Flanagan
The Gun Kept Moving Up
"You White, Bitch": The Real Face of Hate
National Socialists Honour Daniel Wretström’s Memory
Tags:Islamic TerrorismMurdernon-White CrimeViolence

Unraveling the Mystery of "Anti-Semitism" 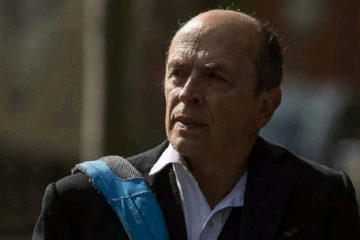 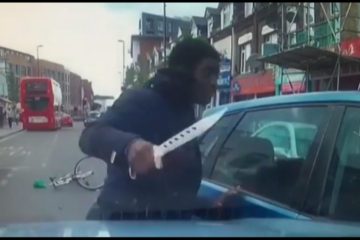 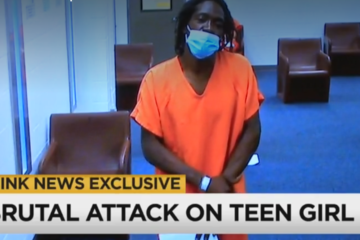 “YESTERDAY far too many White Americans were parked in front of the talmudvision watching the Degeneracy Bowl, an ugly Jewish spectacle intended to amuse the Brown slaves and demoralize the vanishing legacy population.”

The Jew Noam Chomsky made an excellent point about our dumbed-down sports culture in a speech years ago. It’s basically the Roman ‘panem et circenses’ on steroids.

The highlight of the Super Bowl was the degenerate half-time show. My self-hating white friend loved it. I asked him whether it was the Hispanic conquest or the pornesque debauchery that gave him tingles. He didn’t understand.

Self-hating white friend, Mencken’s Ghost? Are you sure he’s your “friend” at all? In this era of Thought Crimes, he might turn you in one day for saying the “wrong” thing. I’d get better friends, before it’s too late.

Self-hating was actually the wrong word. He’s actually “conservative” but very blue-pilled. So he just doesn’t understand the issues. He repeats slogans like “we have to stop the Islamists b/c they wanna take away women’s and gay rights”.

I just sped through the half time superbowl show on jewtube for about 90 seconds. The only good thing about the halftime show was how AWFUL and vulgar it was…
Shakira was’t bad 15 years ago for a light skinned Colombian (could actually play guitar and sing) but very avg looking now doing hideous song and dance with mostly ugly sheboons in back of her…
50 yo J-blo on the other hand is a TOTAL old mess (was always ugly as hell), bending over and spreading her oversized flat shapeless globs at the camera…
Judging from the proper perspective it was actually GREAT….
Keep it up NFL jews…you’re doing what we want….

Outside of the “cone of South America,” those cultures are very Africanized.. even if certain peoples there don’t see themselves in that manner.

And I was so sure the perpetrator of this attack would turn out to be a British white “racist.” I mean, aren’t whites always the ones attacking or killing people? How could a grateful, hard-working non-white immigrant (or best case, son of immigrants) do such a thing?

I guess sometimes cultural vibrancy comes at the tip of a knife.

From what I was just reading it seems like the game was rigged, probably to ensure that the mulatto quarterback would be the hero so that photos of him and his white girlfriend could be plastered all over the jew-controlled media:
https://people.com/sports/super-bowl-2020-patrick-mahomes-girlfriend-brittany-matthews-celebrates-win/

It’s always hard to say how much there is actually rigged. I personally would say hardly anything b/c they simply don’t need to. They can push their propaganda down our throats regardless whether a white or black guy wins.

But thanks for the link. Before the Super Bowl I never even heard about this mulatto. And looking at his girlfriend it’s the typical low class-looking bimbo one would expect.

I don’t view any monkeyball (but I’m not “rayciss”)….I have attempted to view the jewbowl over the last 20 years only to see just how anti-White the useless commercials were. Half the time you can’t even determine what the idiotic commercial was for so we know it’s not advertising, it’s mostly anti-White social engineering… 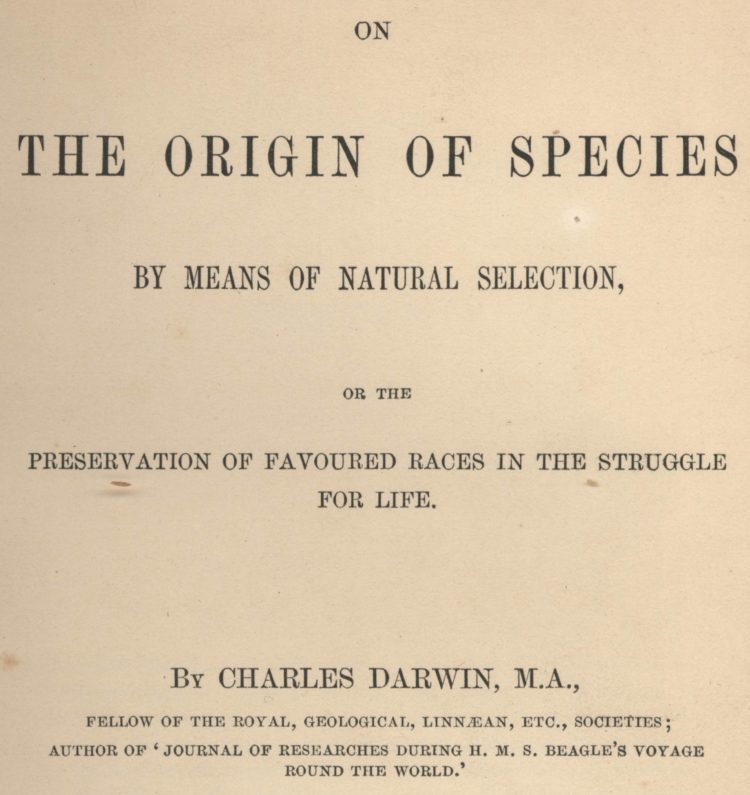