Keep this passage in mind when you get doxxed…

“Dare only to believe in thyself — in thyself and in thine inward parts! He who doth not believe in himself always lieth! What saith thy Conscience? — ‘Thou shalt become what thou art.’”

But over and over again Nietzsche stressed the difficulty of “finding oneself,” of finding within one’s own being a hallowed center of direction and a source of strength that would and could shape a man’s entire life, put it under orders, give it a destiny, and be to it a god.

The “way unto thyself” he pronounced “the way of thine affliction.” Inevitable suffering and danger, even the danger of self-destruction, lurked about the path of the man who set out on this quest. It would be easy for him to miss the path, and, missing it, he might never find his way to the light, but instead spend all his days groping hopelessly through the black depths of a labyrinth. Or, to put the matter differently, he would for a while and maybe for a long while have to bear a constant and bitter struggle with all the refractory elements within himself, which refused to take orders from any god, which in fact would fain set up as gods themselves, and would at the least throw themselves across the path of obedience to any other.

Worse yet, he would have to be equal to giving pain to those nearest to him, who could not understand or who disapproved: it might become necessary for him to cut off the hands of those dear ones who were determined to hold him back. Sooner or later, he would have to throw away, one by one, every crutch of dependence upon tradition, authority, and the experience of other men. He must be prepared, as the final price of his integrity, to endure the icy breath of an inner aloneness like that of the Polar wastes, or of a star projected into desert space.

William Pierce: Teacher
What Is Right and What Is Wrong
How Jewish We Have Become
Wotan Has Put a Hard Heart in My Breast
The Might of the West
Arman's Teachings, Divinity, and the Ubermenschen
On the Shortness of Life
Nietzsche as Spiritual Warrior -- Twilight of the Idols (Part 1 of 4)
Tags:Friedrich NietzschePhilosophyWhich Way Western Man?William Gayley Simpson 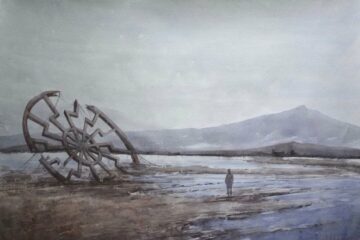 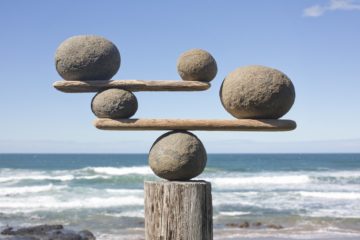 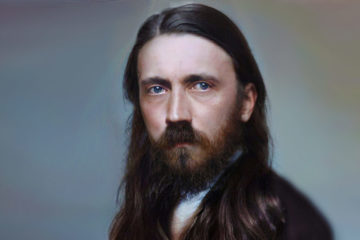 The mystical depiction of Balder by Johan Egerkrans illustrates the article very well. The words of Simpson are striking, but this image makes them stick. That is one of the strengths of Christianity, all the paintings, statues, cathedrals, etc.

“When you get doxxed?” Fence sitters need never worry about this, right? Having the denials of what they are at the ready match their inactivity to ensure any “accusations” of racism never stick! Or so goes the thought…

But reality shows that you have been racist from birth simply by being White. Guilty, guilty, guilty. There’s no escape, no evasion, no way out. You’re one of us, for life, and what will you do when the spotlight is shining on you? The author is correct: you’ll be yourself, whatever that is.

Yes JM, our existence is their problem. Our enemies need to destroy anything about us that is good and promote anything that is bad. They hate us because we are good, which they equate to bovine stupidity. Their tribe wouldn’t exist without the miserable centuries of disguised ingrained hate, envy, myth-making and character-assassination that keeps them together.

It is an honour to be an outcast. As Jonathon Swift stated: When a true genius appears, you can know him by this sign: that all the dunces are in a confederacy against him.

The understanding that “Worse yet, he would have to be equal to giving pain to those nearest to him, who could not understand or who disapproved” is important. Many of us can tolerate the hardship of communicating factual truths but are aware that our friends are not fully educated enough to combat the scorn aimed at them because they are our friends. It’s a slow process but the truths are winning. Stand upright and keep smiling. Smile at your friends and their children.

In the 1980’s I was working part time at a convention center setting up for events and bringing guests to the stage for their talks. I had the chance to met and chat with the Dalai Lama. I politely asked him if I could ask him a question which I assumed he was asked often. He smiled, nodded and said “yes”. I asked him what was the meaning of life. His reply was “Know thyself”. My next question was, “What if I can’t find all the answers to life”. His reply was, “It’s not important to know all the answers to life”, “it’s more important to understand the questions”. I also briefly spoke with Ram Dass that day. He died last December. Even if we do not have the same… Read more »