Jewish group used US taxpayer funds slotted for security on leisure activities and utility bills. And we ask: Would any reasonable person need nearly $300,000 to “install security cameras”? And why should ordinary Americans fund the “security needs” of the nation’s richest ethnic group, anyway?

ALMOG PERETZ, a worshipper who was hit in the leg with shrapnel during the Poway shooting, is suing his synagogue for misusing a six-figure federal grant intended for security.

The complaint was filed on December 6th in the Los Angeles Superior Court and was obtained by National Justice through a public record request. It sheds light on the extent of the grift motivating the ongoing “anti-Semitism” moral panic.

In Almog Peretz v. San Diego Guns, Chabad of California, Chabad of Poway, et al, it is revealed that in 2014 the Chabad of California had committed fraud with the funds allocated to it by the Department of Homeland Security’s Nonprofit Security Grant program. They received $272,495 in taxpayer dollars to install security cameras at Jewish centers and houses of worship but instead used the money for leisure and utility bills.

Then in March 2019, the affiliated Chabad of Poway was given $150,000 dollars to upgrade its security system, claiming that they were under threat. According to Peretz, Chabad of Poway is liable for his injuries because on the busy day of the shooting these federal dollars were not being used for their intended purpose. During the busy Passover holiday in late April, when John Earnest entered and opened fire, the door of the Synagogue was unlocked, had no new security mechanisms, and no guards.

Jewish groups are known for ginning up anti-Semitism hysteria in order to fill their coffers with public funds they claim they need for “security.” If they really believed anti-Semitic violence was as prolific as they claim, they would be using their state funding appropriately.

While many of the worst attacks on houses of worship in recent years have happened at Christian churches, like the Sutherland Springs attack that killed 27 and injured 20, Jewish groups receive 94% of DHS security grants. From 2005-2015, Jewish organizations were given $110 million dollars from this program. This year, the February omnibus bill earmarked a record $60 million in free money for Jews exploiting the program. It looks and smells like a scam.

Thanks to Jewish media sensationalism, we have been bombarded with stories about the Black man who stabbed a few Jews (all who survived), but have heard comparatively little about the deadly shooting at a church in Texas today. This creates the false impression that they deserve this money, while more deserving entities aren’t given any piece of the pie.

Jewish groups also operate above the law. In Rockland County, New York, where open-carrying AR-15s is legally dubious (to say the least) under the SAFE Act, Jewish vigilantes are patrolling the street armed to the teeth like they’re Israeli settlers without a cop in sight.

We will be monitoring developments in Peretz’s lawsuit as they emerge. 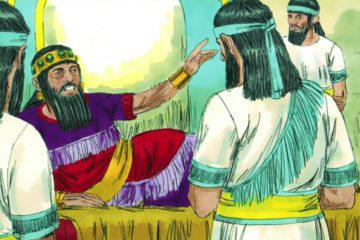 With all the money kikes have, why is one penny of tax dollars being used to provide them security??? And it comes as no surprise that they would take the money and use it for other purposes. They are genetically-programmed to be scammers.