CHRISTOPHER TOLKIEN has sadly passed away at the age of 95. As any reader of JRR Tolkien’s works knows, Christopher was far more than the curator of his father’s works, and we are as much dependent on Christopher as we are on John for bringing the whole Middle Earth saga to print. John had immense creative genius, but, as with many of those kind of people, lacked the organisational skills to order things properly. It fell to Christopher, both before and after his father’s death, to organise his father’s work into a coherent whole. It was Christopher who was tasked with reading what would become The Lord of the Rings to the rest of the Inklings in Oxford and he who created the map of Middle Earth that would adorn each volume.

As an academic, Christopher was as gifted as his father and also had a career at Oxford where he had studied. He also shared his father’s view of the world, not least in his traditionalism and nationalism. John had been a regular subscriber to AK Chesterton’s Candour magazine. His son went one step further and, for a time, joined the party Chesterton helped found: the National Front. Such was the close relationship they shared that detractors often accused Christopher of having embellished or simply written several of the works published under JRR Tolkien’s name after the latter’s death. Even if this were true, which it is not, I do not think it would matter given the two’s collaboration and similarity in ideas and ideals. No matter how uncomfortable it makes the Left, the racial determinism in Tolkien’s works is there for all to see.

Not every apple falls so near to the tree, however. Christopher’s son, Simon, married Jewess Tracy Steinberg and their son Nicholas has gone on to write a Holocaust™ play called Terezin to keep the shoarade alive. As an aside, the Jews in The Lord of the Rings appear as dwarfs like Albrecht in Wagner’s Ring des Nibelungen that partly inspired Tolkien’s novel. After many years of tension, Christopher finally became estranged from his son over his involvement with Peter Jackson’s cinematic adaptation of The Lord of the Rings, the two reconciling somewhat before Christopher’s death. Christopher knew all too well that Hollywood would bastardise his father’s epic, although, in fairness, it was left until the Hobbit trilogy to deconstruct Tolkien’s vision. In an interview with Le Monde in 2012, Christopher stated:

They eviscerated the book by making it an action movie for young people aged 15 to 25. Tolkien has become a monster, devoured by his own popularity and absorbed by the absurdity of our time. The chasm between the beauty and seriousness of the work, and what it has become, has gone too far for me. Such commercialisation has reduced the aesthetic and philosophical impact of this creation to nothing. There is only one solution for me: turning my head away.

Christopher Tolkien’s great legacy is that in bringing all these great works to fruition, we have a body of literature that stands as an antidote to the sneering, amoral and ugly scrawling that passes for mainstream literature today. Perhaps it is better that Christopher died before Amazon finishes its ‘woke’ version of events from the Second Age recounted in The Silmarillion, the first book brought out by Christopher Tolkien after his father’s death. Yet for all the Left corrupts Tolkien’s works, it will inevitably draw a new generation of White Europeans into reading the original texts. And there they will find aesthetic beauty, sound moral guidance and a sense of pride in their European heritage.

Homeless Jack: Breed and Eat Your Way Across the Universe
The Multiverse: A One-Act Play
Jack's War: New Pro-White Action Novel
Charon
The Tale of the White Demons
The Fortress Unvanquishable, Save for Piercian
Lobster Salad
Nature and Time
Tags:Christopher TolkienEnglish LiteratureFictionLord of the Rings 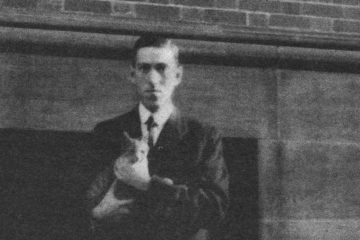 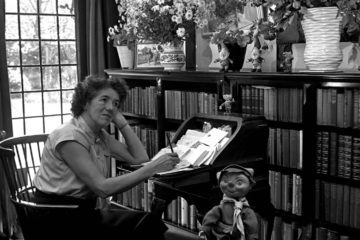 I had no idea that he felt that way about the film. The author of the article is right—“The Hobbit” just had a different feel to it, a disappointing concession early on with the black hobbits (shown briefly, however) . I did not even watch the remaining two episodes. The Left hollows-out everything: words, art, sacred values, the integrity of authors and artists. They cannot stand it if anyone has conviction, purpose, dedication because that would mean that this person had values, and the Left says that there are no values, only preferences, and preferences do not inspire. The only reason a person can be inspired, according to the Left, is to get rid of values and sacred things that inspire people, so that everyone can settle in to their… Read more »