WATCHING THE last Democratic debate, you would think the candidates were vying for an electorate that is 90% Black and illegal alien.

The novel, populist positions of Bernie Sanders have been canceled out by his insane immigration platform. Elizabeth Warren, who is attempting to synthesize Hillary and Bernie, recently presented a policy proposal on “white nationalist violence” that would include suspending the 2nd Amendment rights of nationalists and unleash the intelligence services on dissidents. All she would be doing is codifying something that is already happening under Trump, but the only other two candidates that took this aggressively anti-White position — Julian Castro and Beto O’Rourke — are non-competitive for a reason.

America’s billionaires don’t mind Warren (three are funding her) and think Bernie is harmless. While the plutocracy still has some faith in Pete Buttigieg, Kamala Harris, and Corey Booker, Democratic donors are hedging their bets against a wealth tax candidate winning by paying Congress to eventually block it, and in Warren’s case, outright dropping Medicare For All during the general election.

The parasites in the shadows making a mockery out of representative democracy have good reason to be confident: they are already starting to corrupt the 2020 elections.

Open Secrets analyzed the most recent donor data for the top 10 political donors going into next year’s first quarter.

Unsurprisingly, 8 out of 10 of these fat cats are Jews.

Marcus is a Greek immigrant who made his billions as a real estate speculator. He largely gives to typical bourgeois prestige causes like universities, but has now allocated $2.5 million dollars to Democratic Congressional candidates and PACs focused on grabbing guns.

The property magnate appears to be largely concerned with what anyone playing Monopoly with real life people should fear: an armed uprising.

Jewish hedge fund manager Henry Laufer keeps a low profile, but gained some fame when he made $390,000,000 during the 2008 financial crisis. His firm, Renaissance, now controls $30 billion in assets.

The Laufers are also generous patrons of Media Matters for America, the anti-free speech organization that has made multiple attempts to get Tucker Carlson off the air.

Jurvetson, whose real surname is Tinklenberg, is a physician who recently divorced billionaire Steve Jurvetson.

Jurvetson has been a figure of embarrassment for Elizabeth Warren, who is trying to steal Bernie Sanders voters with promises of keeping plutocratic money at bay. Dr. Jurvetson not only provided the big check that got Warren’s campaign started, she now has the candidate scrambling for an explanation after funding dark money astroturf ads that have been circulating in Iowa. The PAC in question, Women.Vote! is funded by millions of dollars Jurvetson has made speculating on Chinese stocks.

Aside from funding Warren under the table, she has dedicated $2.8 million this election cycle in funding Stacey Abrams Super-PAC and countless corporate-feminist causes.

Singer, who puts the “vulture” in “vulture capitalist,” is one of the country’s top funders of homosexual activism and the reason the Republican party did not fight against gay marriage. He was instrumental in paying to obtain the infamous “Steele Dossier,” which falsely claimed Donald Trump was being blackmailed by Vladimir Putin with video of prostitutes urinating on him in Russia. He has a wide array of politicians, journalists and other influential people in his pocket, largely dedicated to pushing hawkish Israel policies, homosexuality and discrediting critics of capitalism.

Going into 2020, the hedge fund oligarch is pouring $3.4 million dollars into Lindsey Graham’s PAC, the WFW Fund (dedicated to financing female conservatives) and the American Unity PAC (a group dedicated to advancing homosexual activists inside the Republican party).

The Jew Simon inherited her money from her property development father, Melvin Simon, of Simon Property Group. The elder Simon was the subject of multiple lawsuits when he ripped off his shareholders and paid himself a $120 million dollar bonus.

Bernard Marcus, the Jewish emigre who founded Home Depot, was one of the a handful of billionaires to give Donald Trump big donations during his 2016 presidential run.

Now, Zionist activist Marcus has set aside $4.6 million dollars to keep Senate Majority leader Mitch McConnell and House Minority Leader Kevin McCarthy, both up for re-election in 2020, in his pocket.

Soros is one of many Jewish finance-capitalists corrupting our politics. He spent $20 million during the 2016 election.

Today, Soros looks to be the big fish in small bowls by targeting prosecutorial races. This is dangerous, as few people pay much attention to District Attorney races, even though these figures have the power to put innocent people in prison and let guilty people go free.

The $5.1 million he’s utilizing this quarter have all gone to his new “Democracy PAC,” which played a major role in getting extremist prosecutors elected in Virginia. Soros also famously provided $1.7 million dollars to fellow Jew Larry Krasner, who ran for prosecutor in Philadelphia as a literal supporter of Black Lives Matter.

Superficially these elections are low stakes, so even a few hundred thousands dollars can guarantee a landslide victory for the most absurd and extreme candidates. Soros’ money going into 2020 promise to accelerate the US judicial system’s decline into anarcho-tyranny.

Steyer is yet another Jewish hedgefund manager with a penchant for lavish political spending.

This billionaire who made much of his money in the coal industry is now primarily pushing climate change, which is really just austerity through the backdoor. This quarter, he has spent $6.5 million on his own Super PAC, NextGen Climate Action.

Uihlein’s primary interest is union-busting, getting his company tax-cuts and trying to make libertarianism catch on with the public. He is one of TPUSA’s funders.

At the moment, Uihlein is pumping $7 million into the Club for Growth Action PAC, which is dedicated to bringing the defunct Tea Party movement back into relevancy, as well as Trump’s re-election bid.

This figure is definitely a major player in keeping the GOP on libertarian talking points, even as it loses them elections across the country.

This hedgefund Jew leads in donations during this period.

Sussman is Paul Singer’s former business partner and played a major role in the billionaire cabal that tried to win the Democrats the whole Congress in 2018.

He is giving $7.5 million to various Democratic party PACs, and has a special interest in Cory Booker’s flagging campaign — currently polling at 3%.

This Needs to Change

In a sense, one can empathize with Trump betraying his voters to become another generic GOP president. When he came into office, his agenda had almost no supporters among Governors, Congressmen, or even prosecutors. Aside from Jeff Sessions, Steve King and Sheriff Joe Arpaio, Trump was more or less alone.

This toxic oligarch money is dispersed to low-level races for good reason: even if the masses are able to elect a radical, you can count on minions in the other branches of government to completely block their agenda.

The idea of an anti-White monster like George Soros currently making law enforcement decisions across the country is terrifying. It goes a long way in explaining the types of abuses cops, judges and prosecutors engage in when targeting White dissidents or refusing to enforce immigration laws.

Americans, both on the left and right, are sick and tired of billionaires deciding how our country is governed while flagrantly ignoring anything voters want or vote for.

The good news is that many people are seeing through this crisis of representative government, and candidates who do not do a good job hiding their connections to billionaires get punished, at least on the level of presidential races.

Citizens United v. FEC must be overturned as soon as possible. 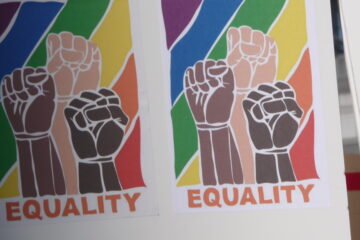 The Maze Of Jewish Deception WHAT FLAVOR OF JEWISH DECEPTION do you want? Leftist? You got the National Jewish Democratic Council. Conservative? You got the Republican Jewish Coalition. How about controlled-opposition from the right? You got Breitbart News: Born In The USA Conceived In Israel. From the left? You got Mother Jones and TruthDig, both owned by Jews, with thin and scanty Anti-Israel Light, followed by extra large Homosexual Heavy. The entire media is Jew-owned, with ABC under Disney’s major shareholders, Robert Iger and Alan Braverman; CBS under Viacom’s Sumner Redstone (born Murray Rothstein); and NBC under Comcast’s Brian Roberts. How about draping right-wing polity with a Jewish yarmulke? Then enter Ben Shapiro spouting a conservative rant on Fox News who gets the goys all unglued. “Not all Jews are… Read more »

This country, and The West in general, have been thoroughly poisoned with malevolent spiritual kikery….at least since 1945.

Stronger men tried to warn us.
They were silenced/ignored.

The Jew is the immensly wealthy macrocosm of the American Nigger….who in their filthy ghettoes destroy everything they touch.

Until the American people wake up, they will get nothing but puppets to represent them, or should I say pretend to represent them. What person of real character would want the job knowing they had to kiss Jewish/Zionist *ss to get it and keep it?

“…until the American people wake up..” this can happen when each and every responsible Whites pitches in to do what it takes to make this a reality. This website, one of the organized efforts of the National Alliance and its members has been on its feet and in the streets (so to speak) doing just that.

My hope is that you’ll help us to make our voices stronger so that someday it will reach every White no matter where they are.

Too much conversation in the essay. A vote for Jewish Democratic Capitalism is a vote for consolidated despotism–Federal tyranny. The time-servers are awake. They see no profit in escaping the criminal establishment. The majority of the ‘I won’t give up my gun crowd’ will surrender the moment the Federals kick their door in. Those who don’t will illustrate great courage.