THE December issue of The Smithsonian, a periodical that oddly seems to be striving for popularity with “human interest” stories, contains a long article about the astonishingly extensive activities of organizations that have made a cult of Sherlock Holmes. The devotees, like theologians, want their fictitious hero to be perfect and infallible, and so excogitate elaborate explanations of the many inconsistencies in the corpus of tales about him. According to the article, the basic explanation is that all discrepancies are the fault of Dr. Watson, the true author of the historical record, who was negligent at times, or of Sir Arthur Conan Doyle, the literary agent who marketed Dr. Watson’s articles and sometimes tampered with them, or, finally, of the editors of The Strand and the other magazines in which the stories were first published.

The members of the Sherlock Holmes cults know, of course, that their elaborate explanations are as fictitious as their hero, and so, I suspect, do most intelligent theologians.

Although the article does not mention it, I am sure that the votaries of Holmes have fixed the responsibility for one of the most striking oversights found in serious literature (as distinct from gospels). In The Sign of the Four Miss Mary Morstan calls on Sherlock Holmes on the seventh of July and leaves at 3:30 P.M., promising to return at six o’clock of the same day. She does return, two and one-half hours and four pages later, and lo! “It was a September evening.” I remember gulping at that point when I, a boy of nine or ten, first read the stories about Sherlock Holmes, and I am sure every halfway alert reader of the tales has given a start when he came to that description of the gloomy autumn evening on which Miss Morstan, Holmes, and Watson set out to solve the mystery of her father’s death.

The glaring discrepancy is, of course, the kind of lapsus calami that authors are apt to make in moments of distraction while elaborating a plot, and since magazines of entertainment, unlike scholarly publications, do not send proofs to authors, the blunder reflects chiefly on the publisher’s editorial staff, who were less diligent than the editors of many American “pulp” magazines. What makes the blunder so remarkable is the fact that Doyle, who certainly had control over the reprinting of his works, never corrected it, although it must have been called to his attention many, many times. I have looked in every reprint of The Sign of the Four that I have seen since boyhood and the startling discrepancy was in every one of them.

Doyle’s blunder therefore attests a kind of cynical indifference to his own work, at least to the stories that he is said to have disliked and to have written only because they were paid for so handsomely after the first of them became suddenly popular. There was some truth in a letter to the press that I remember seeing years ago. The writer, probably a member of one of the clubs described in The Smithsonian, remarked that while Conan Doyle had indeed believed in spirits and even in fairies, Sherlock Holmes had not been so stupid and gullible.

Doyle’s blunder differs from one that is even more amazing, since it occurs in the work of an extremely careful and accurate author, Edgar Allan Poe. In his only book-length tale, entitled The Narrative of Arthur Gordon Pym, Poe makes the narrator in an early chapter recount a fact which, he says, he learned only “many years” later from his friend, Augustus, long after their return from their great adventure. A few chapters and a few weeks later, before the real adventure begins, Augustus is not only killed but is eaten by shipwrecked survivors reduced to cannibalism.

The explanation of this error is obvious. When he began the tale for serial publication in the Southern Literary Messenger in 1837, Poe intended to make Augustus, a young gentleman, the companion of Pym in his amazing adventures and exploratory travel to the South Pole, but changed his mind before he wrote the later episodes, after severing his connection with the magazine, and thought it more appropriate to kill off Augustus and make the prodigiously strong but vulgar and uneducated seaman, Peters, Pym’s companion. We do not know — at least we did not when I was a youngster and looked into the matter — how and in what form Poe’s manuscript reached the publishers in London, who issued the book that was the only publication of the entire tale during Poe’s lifetime. Poe may have sent his manuscript to the obscure British firm or to some acquaintance in England, but it is odd that we hear nothing of it in his published writings or extant letters. So far as I know, it is not impossible that an unrevised first draft was sent and the book printed in England without his knowledge. At all events, Poe certainly never saw proof-sheets, and had no opportunity to correct the discrepancy.

Incidentally, a comparable slip was made by Joseph Smith, who composed (from various sources) what are the best Christian gospels, maintaining a high level of consistency in his Book of Mormon, but inadvertently killed off one character and later in the tale reintroduced him as still alive. The men who succeeded him as head of the extraordinarily viable religious sect he founded were more conscientious than the Fathers of the Church and quietly corrected the error in the later editions of his religious masterpiece.

When the Twain Do Meet
A Rose by Another Name
A Centennial You Should Notice
An American Tragedy
The Enemy of Our Enemies: A Critique of Francis Parker Yockey's The Enemy of Europe (Section 3)
More On An Enigma
How Panama Happened
To Honor Darwin
Tags:Liberty Bell MagazineRevilo P. OliverSherlock Holmes

Don't Take Even a Single Step Down That Road 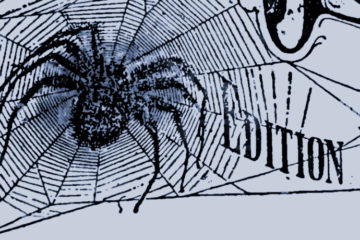