THE FIRST QUARTER of the new year has been a gloomy season for the Roman Catholics who hope to preserve something of the religion with which they are imbued in their youth.

In New York, Bantam published (in both cloth-bound and paperback editions) David Yallop’s In God’s Name, a book that had already created a sensation in England with its account of the way in which Pope John Paul I. was murdered by ranking officials in the Vatican only thirty-three days after he became God’s Anointed Vicar on Earth. I cannot vouch for the details, of course, but I was informed of the murder by a private correspondent, who belonged to the dissident party in the Vatican and seems to have been murdered himself not long after he wrote me at a time when he and his colleagues still hoped to force an autopsy of the corpse to establish the cause of death and identify the poison used.

The practice of political techniques that have long been traditional among God’s stewards in the Vatican surprised no one who had read the candid memoirs and diaries of Papal secretaries who lived during the early Renaissance and before the Reformation, and who knew no reason why they should not chronicle, in their dry, unemotional style, events that seemed little more than commonplace to them, however shocking they may seem to us. After the Reformation, their works were exploited for propaganda purposes by the Protestants, and the lid was screwed down tight on the Vatican by the Counter-Reformation, so that there have been few breaches of official secrecy since then, while generations of learned Catholics have plied their pens desperately to impugn and refute the accounts left by eye-witnesses, notably Infessura, Burchard, and Platina, as well as many lesser writers who had no political motive for inventing stories which their fellows in the Vatican would have known to be false.

Most well-meaning Catholics in this country today have never read the works I have mentioned or the hundreds of comparable sources, and while they probably have heard vaguely of the Borgias and their fellows, they fondly imagine that the Counter-Reformation increased piety rather than discretion. To them, the thought that a Pope had been murdered just a few years ago by ranking members of the Papal Curia in the Vatican itself was profoundly shocking.

Then they had to read a manifesto by the assembled Catholic Bishops in the United States, a manifesto which differed from the famous Communist Manifesto in style more than in content. Although the ecclesiastical princelings were a little less blatant than their rabble-rousing colleagues in Central and South America, who do not hesitate to salute Marx as the new Messiah and aver that Marx and old Jesus sing together in close harmony, there was no mistaking what they meant. I merely observe that the late Charles Smith, who was editor of The Truth Seeker until his death, in the first volume of his Sensism, the Philosophy of the West, predicted that Catholic doctrine, especially the Thomistic variety, and Marxist doctrine would eventually be amalgamated. When Smith wrote in 1956, his prediction seemed implausible to many observers, including me, but it is now obviously being fulfilled. The assembled Catholic Bishops in this country, speaking with their collective authority, have left almost nothing more to be done to perfect an ecumenical union of the two cults, except, perhaps, to decide definitely whether it would be best to demote old Jesus to merely human status or to promote Marx to the rank of Son of God. And, by this time, that is merely a trivial detail and could, perhaps, be settled by just tossing a penny.

The Bishops’ manifesto bereaves many sincere Catholics of their faith in their church, and will doubtless bereave some of them of their faith in the religion that church once taught. That will be for them a traumatic experience, and entitle them to our sympathy. For the rest of us, the Bishops’s crypto-Communist manifesto has some value as showing what a large body of shrewd and clever men, professionals in the Christ-business, after due deliberation, selected as the sales-pitch that would attract the greatest number of customers from the present population of the territory that is called the United States. Now they may not be right, but we should recognize their estimate of the mental and moral level of the populace today as an estimate made by experts who must be even more interested in promoting their own prosperity than in pleasing Jews.

We may also learn from the Bishops what Christianity becomes when it is stripped of the Western veneer that once made it acceptable to our race.

The Tiny Grain of Truth Behind the Holocaust Hoax
Julian the Apostate and Giordano Bruno
Nicaragua
Whose Treason?
Solzhenitsyn: Ahead of His Time
Ohio: Christianity Unites Blacks and Whites to "Fight Racism"
Christianity: A Religion for Sheep
The Godly Folk of Ohio
Tags:Catholic ChurchChristianityMarxismRevilo P. Oliver

Trump's State Department: Settling on Stolen Land is Legal -- if You're Jewish

Hark, Hark, the Dogs do Bark! 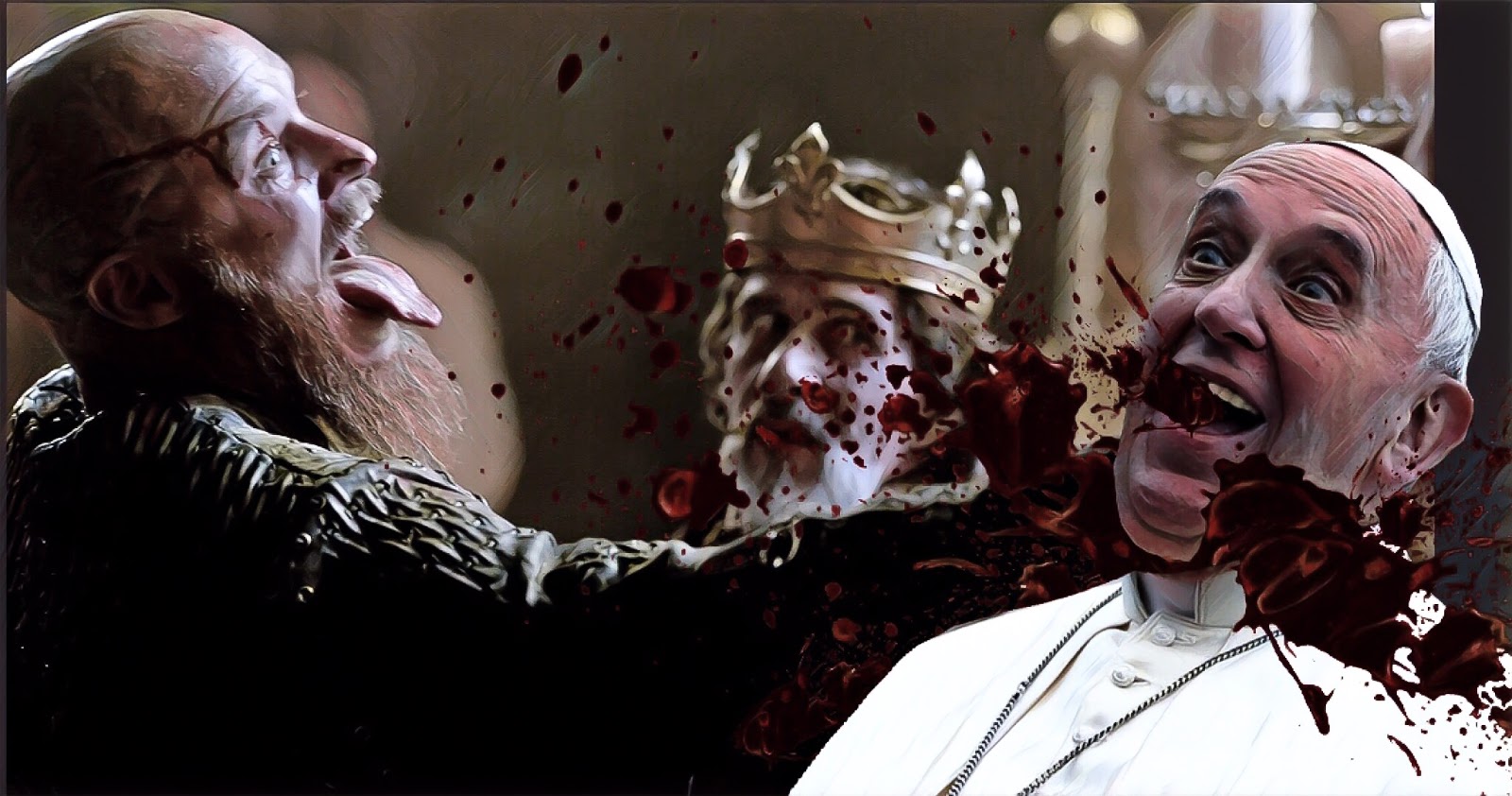 An insight into the hypocritical Marx’s personal life can be found at 911truth.ch/pdf/Epperson-the-Unseen-Hand-an-Introduction-to-the-Conspiratorial-View- See Chapter 9. Marx was not a Marxist.

“Christianity is the Mother of Communism”
Who said that ?
Google search won’t show it, and I can’t search all my eBooks.
Hmmm…. It’ll come to me.

You said that “It’ll come to me.” Perhaps I can deliver it to you. You’re probably thinking of Oswald Spengler’s remark, in The Hour of Decision, that “Christian theology is the grandmother of Bolshevism.” Such remarks, which are often mangled when transcribed and mangled in one’s memory, should be checked for accuracy and read in their full context whenever possible. I often find that I can recall such remarks without being able to recall their precise wording or their source. (Annoyingly, I recently encountered a passage in a book that was strikingly reminiscent of the opening passage of the chapter on nation and race in Mein Kampf, but I lost track of it, and I doubt that I’ll be able to find it again.) Searching for keywords with similar or… Read more »

Spengler sounds right. But I don’t have that book “The Hour of Decision”, so I must have seen the quote second hand, somewhere on the internet, like in this mind bending article “Why Europeans Must Reject Christianity: Part II” – by Ferdinand Bardamu, at eurocanadian.ca And I must have come across the link to that article from Chechar’s “The West’s Darkest Hour”.

And what do you know, I found a PDF of “The Hour of Decision” on openlibrary.org.